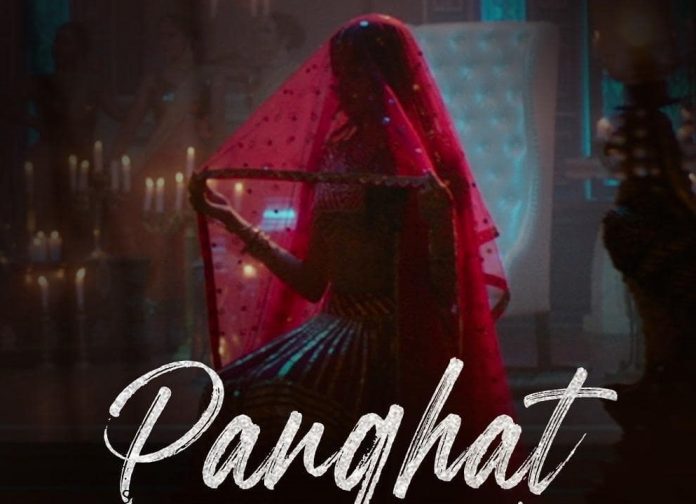 Janhvi Kapoor is a fantastic dancer, and her Instagram is filled with her dancing videos. Moviegoers were surely keen to watch her in a dance number in a movie, and finally, the wait has come to an end.

Janhvi’s next release is Roohi, and today, the makers of the film have released a track titled Panghat in which the actress has got a chance to showcase her dancing talent.

Maddock Films took to Twitter to share the track with everyone. They tweeted, “Ain’t it quite ‘kathin’ to keep up with two dulhas & ‘two’ much of sizzling Roohi? Smiling face with heart-shaped eyes The first song of #Roohi, #Panghat out now – http://bit.ly/Panghat Roohi in cinemas 11th March, 2021.”

Panghat is composed and sung by Sachin – Jigar along with the vocals of Asees Kaur and Divya Kumar. The rap in the track is done by Mellow D. It’s a peppy track with a catch hook phrase, so we can surely expect this one to become a chartbuster.

Talking about the video of the song, it showcases Janhvi’s dual role of Roohi and Afza, and the actress has portrayed it very well in the track. She has also danced wonderfully, and her thumkas are surely the highlight of the song. Rajkummar Rao and Varun Sharma also leave a mark in the track.

Directed Hardik Mehta, Roohi is slated to release on 11th March 2021. It is the first Bollywood biggie to hit the big screens post-lockdown. It will surely be interesting to see what response the film will get at the box office.