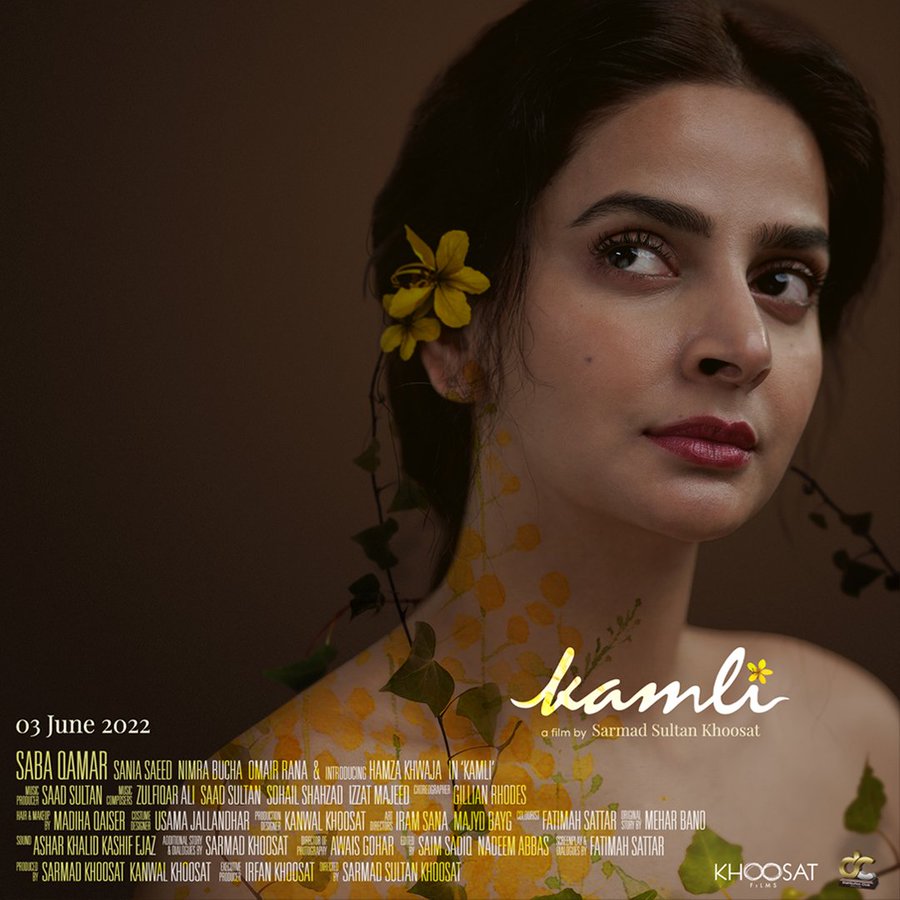 Well-known Pakistani actress Saba Qamar has impressed fans beyond borders with her craft. She has once again garnered international recognition for her impeccable performance in the critically acclaimed film Kamli (2022).

The award ceremony took place in the Indian city of Chandigarh where a number of Pakistani stars were awarded for their work.

Saba Qamar received the Best Actress award at the Indus Valley International Film Festival. The event was organised by the South Asia Forum for Creative Arts and Heritage. Currently in its 4th edition, the film festival received over 1000 entries out of which 21 films were screened from Pakistan, Nepal, Bangladesh, and other South Asian countries.

For those not in the know, Saba Qamar is quite popular in India. She played the female lead opposite the late actor, Irrfan Khan, in the 2017 Hindi film Hindi Medium. The film was an instant success at the box office and made Qamar a household name in India.

When Khan passed away in 2022, the actress spoke to an Indian portal and said, “I have that regret. After the film when his health deteriorated, I kept thinking that I will call him but I was busy with shooting and travelling so I couldn’t. Then one day I heard about him and I was devastated and shattered. That day I realised that one should avail the time they have, because that time never comes back. If you want to apologise to someone or express your love then just do it, as that moment won’t come back. So, I have that regret that I wish I had called him, spoken to him, and would have been in contact.”

On the work front, Qamar currently has several projects in her hand. She is presently working on Tumhare Husn Ke Naam, Mandi, and Serial Killer.