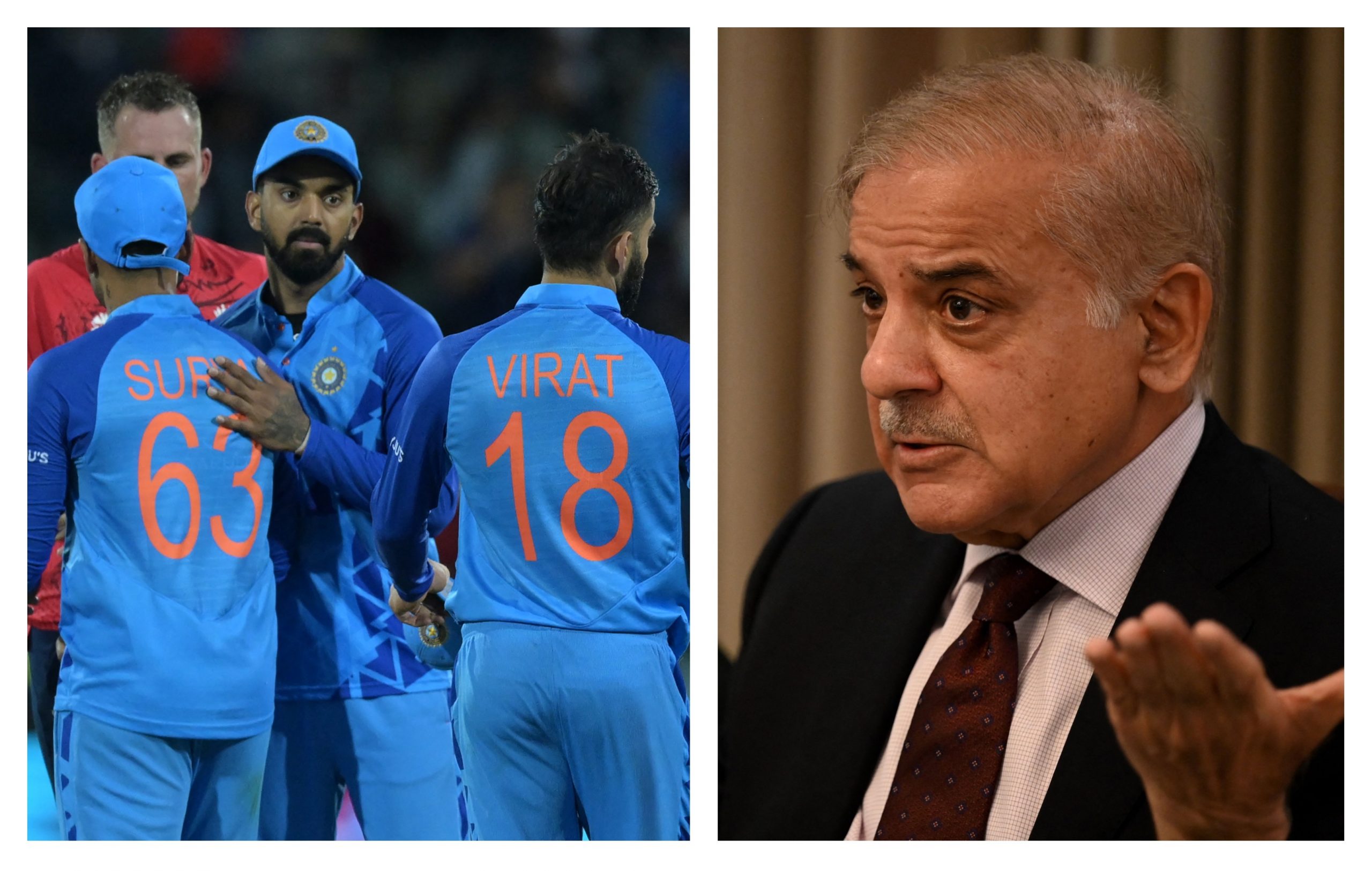 Top knocks from openers Alex Hales and Jos Buttler powered England to an emphatic 10-wicket win over India in the second semi-final of the ongoing ICC T20 World Cup in Australia at Adelaide on Thursday.

After the match, Pakistan Prime Minister Shehbaz Sharif took a brutal dig at the India team with a Twitter post.

Following his side’s 10-wicket loss to England, India head coach Rahul Dravid admitted that his side should have gotten at least 180-185 runs on the Adelaide surface and his team was outplayed in all departments by England.

“Obviously disappointed to finish at the semi-finals. We would have liked to go a couple of steps further. But we were outplayed and outclassed. England was the better team in every department and the scoreline shows that,” said Dravid in a press conference.

“We have been batting well. We were one of those teams who got 180-plus scores here (in Australia) two to three times in this tournament. When we started, the boys said it (surface) was tacky and slow. At the end of the 15-over mark, we were around 15-20 runs short. In death overs, we were good, with Hardik being brilliant. We should have got 180-185 at the end,” he added.

On the future of senior players like Virat Kohli, Rohit Sharma, Bhuvneshwar Kumar, etc in the shorter format, Dravid said that it is too early to talk about it.

Dravid admitted that playing overseas T20I leagues would help Indian players but it has its share of challenges.