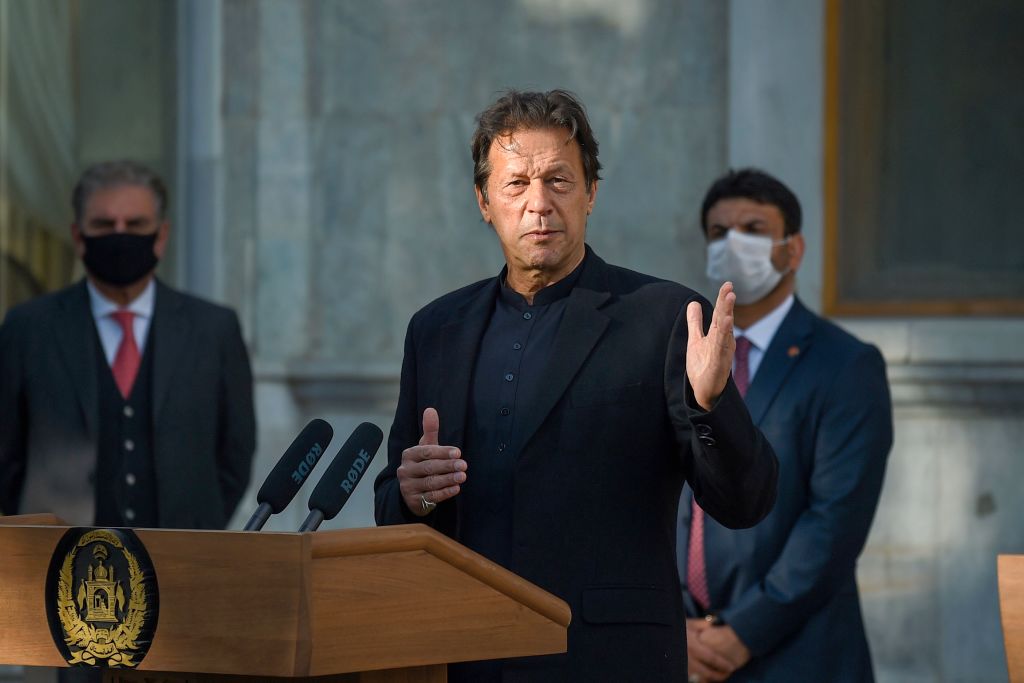 Pakistan is “descending into a banana republic”, said former Prime Minister Imran Khan on Wednesday amid the controversy surrounding the arrest of Pakistan Tehreek-e-Insaf (PTI) leader Shahbaz Gill, which the PTI chief claims is a conspiracy to target him and his party.

Gill was arrested by the police on August 9, after he made controversial remarks against the Pakistan army on television that were deemed as “highly hateful and seditious” by the country’s media authority. A local court on Wednesday approved a two-day physical remand of Gill at the request of the Islamabad police. The court’s remanding of Gill to Islamabad police custody comes after a court rejected a police request to extend his two-day physical remand.

According to the Dawn newspaper, the judge also directed the investigation officer to get the respondent medically examined and submit a report to the court.

Imran Khan’s party has alleged that Gill was tortured in police custody previously and his life remains in danger.

“Descending into a banana republic. The civilised world will be shocked at our levels of barbarism. The worst part is an easy target has been chosen to make an example of through torture and without a fair trial,” Imran Khan tweeted along with the video of Gill being taken to hospital.

“Meanwhile the likes of NS, Maryam, MFR, AZ, all of whom have in the worst possible way & repeatedly attacked State institutions through malicious and targeted statements against them, get away without even a hint of a reprimand,” he said in another tweet.

Meanwhile, The PTI, leader who is the close aide of Imran Khan, was shifted to the Pakistan Institute of Medical Sciences (PIMS) hospital over a medical condition.

“He is in a fragile state of mental and physical health because of the torture inflicted on him when he was abducted and taken to an undisclosed location and then again at the police station. This is part of a conspiracy to target me and PTI by forcibly getting false statements against us similar to what they have been doing against social media activists,” he added.

The Human Rights Commission of Pakistan (HRCP) also expressed concern at the decision taken by the court to send Gill to physical remand.

“Any allegations that he was mistreated while on remand should also be investigated fairly and transparently,” the commission tweeted.

‘It was such a celebration of life,’ says actor Gajraj Rao describing his…

‘It wasn’t violent, but it was rape’: Constance Wu reveals she was sexually…