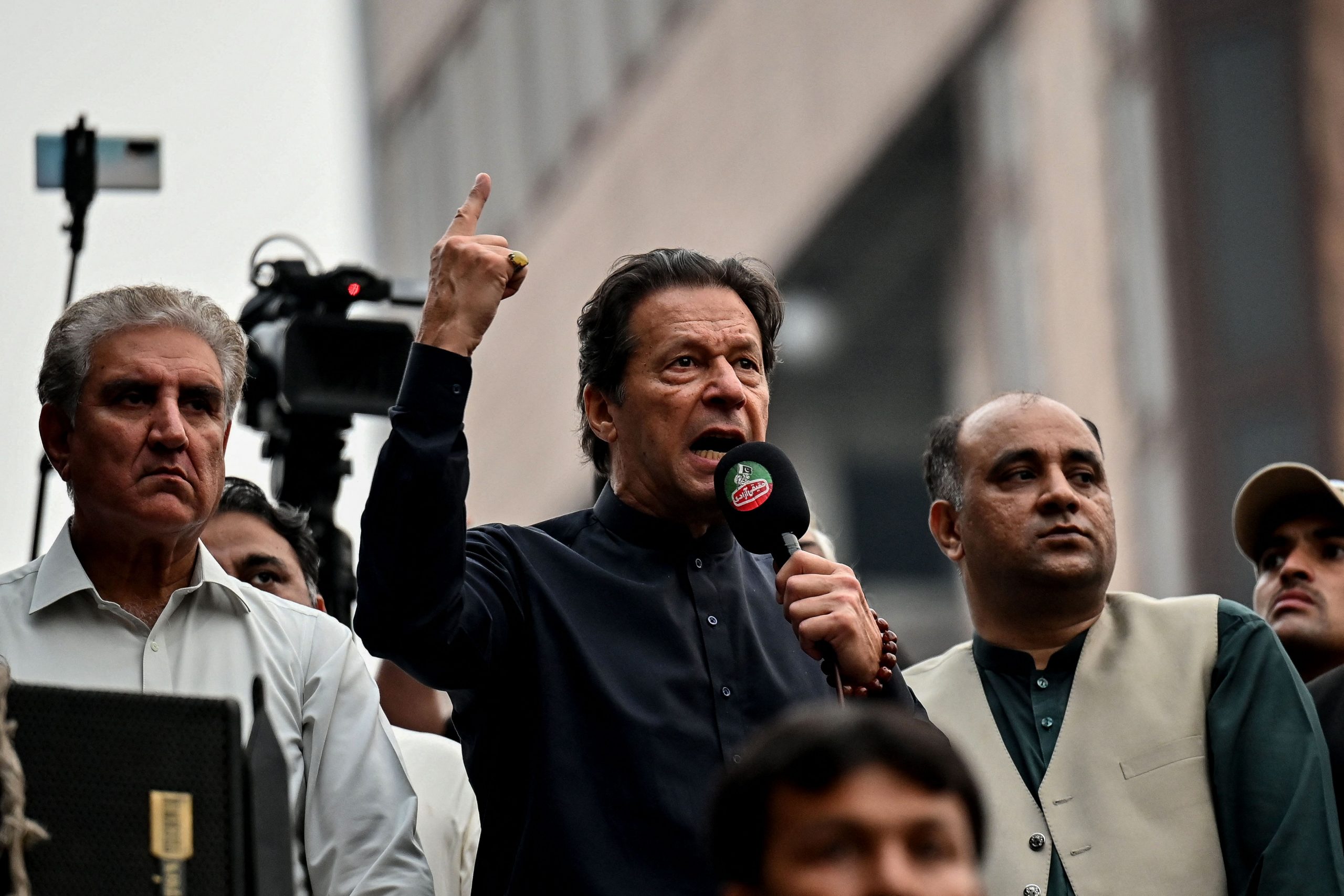 Khan, 70, suffered a bullet injury in the right leg when two gunmen fired a volley of bullets at him and others mounting on a container-mounted truck in the Wazirabad area of Punjab province, where he was leading a protest march against the Shehbaz Sharif government.

Addressing the nation from the Shaukat Khanum Hospital here, in his first address since the assassination attempt, Khan said he had made a video of four other individuals who were part of the larger conspiracy to kill him.

“Four people plotted to kill me. I made a video and named those people and have stashed it abroad,” he said, adding that it would be released in case something untoward happens to him.

The cricketer-turned-politician said he received information about this sinister plot from “insiders”.

“How did I find out? Insiders told me. The day before Wazirabad, they made the plan to kill me as they saw the number of people increasing using the script of religious extremism,” he asserted.

Khan, the chief of the Pakistan Tehreek-e-Insaf party said that “handlers” had planned to get him murdered in the same way former Punjab governor Taseer was killed.

“Firstly, they accused me of blasphemy […] they made tapes and released them and PMLN projected it, I knew who was doing it.

“It is very easy to find out because this is a digital world. So first it was projected that I disrespected religion and then their plan was what they did in Wazirabad […] that a religious extremist killed Imran Khan,” he claimed.

Khan said he had narrated this plan to the public during a September 24 rally. “This (the attempted assassination) happened exactly according to the script,” he said.

In his address, Khan said he was hit by four bullets on his right leg during the assassination attempt a day earlier, when he was leading a political march in Pakistan’s Punjab province.

Dr Faisal Sultan, who is treating Khan, said x-rays of Khan’s right leg showed that his tibia was damaged and in fact fractured.

“In this scan, the line you see on the right leg is the main artery. The bullet fragments were very near it,” Sultan said.

Khan has been demanding fresh elections and launched a long march to Islamabad on October 28 to press the government to accept his demands.