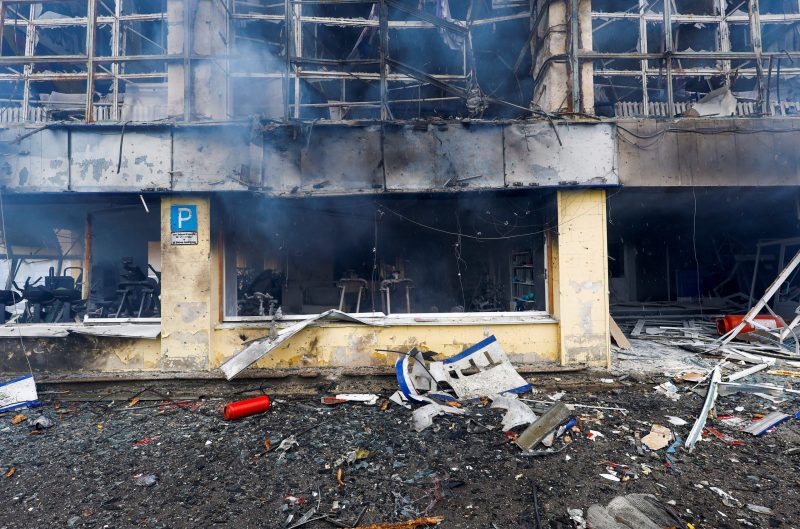 FOR Rajesh Munishwar, a space and defence engineer hailing from Maharashtra’s Nagpur and settled in Kyiv for the past 17 years, it is “painful” to see the Ukrainian city devastated by the Russian forces.

Munishwar, 35, who has managed to flee Kyiv with his wife and eight-year-old son and cross over to Romania, said Kyiv has been surrounded by Russian forces from all sides and several buildings, including key establishments, are bombed.

Speaking over the phone from Romania on Wednesday (2), Munishwar, who runs a missile designing company in Kyiv, said he and his family members are part of a group of 18 Indians who arranged vehicles for themselves and crossed into neighbouring countries.

“Kyiv is surrounded by the Russian forces from all sides. Northwest and northeast of Kyiv is occupied. Intense fighting is going on between the forces on streets and buildings in Kyiv. The devastation is huge. Yesterday, a 64-km-long convoy of Russian forces headed towards Kyiv. Russians told the local people to vacate the city as they planned to make heavy bombing in Kyiv,” he said.

“At Labanovska Street, 200 metres away from our home, a cruise missile hit a building and its ninth and tenth floors were completely destroyed. The road from our home to the University of Defence is barricaded. Heavy firing between the natives and invasion forces is going on,” he added.

Face-to-face firing between the two sides on the streets has become quite normal in Kyiv.

In Ukraine, there is a curfew from 5 pm to 7 am, he said, adding that Kharkiv city’s freedom square, the central administrative building were heavily bombarded.

“Yesterday, they used a thermobaric vacuum bomb. Famous tractor factory XTZ was bombarded. The destruction was enormous. In Kyiv, the television tower got destroyed after it was bombed yesterday. It was a painful experience to see your city is burning,” he said.

Two days back, the world’s largest aircraft An-225 Mriya was destroyed. It was designed and built in Ukraine. There is heavy shelling and destruction in Kyiv and almost in all major cities and towns.

“The Indian Embassy had asked us yesterday to vacate Kyiv urgently and escape by any means. We went to the railway station on foot but saw a huge rush there. It was not possible to take any train as locals (natives) were given the preference. For people from other countries, boarding a train is next to impossible,” he said.

“We are 18 Indians, who arranged small vans and buses and crossed over into the neighbouring countries. My wife and child and I reached Romania late yesterday night and are staying in base camp,” he said expecting a flight to India.