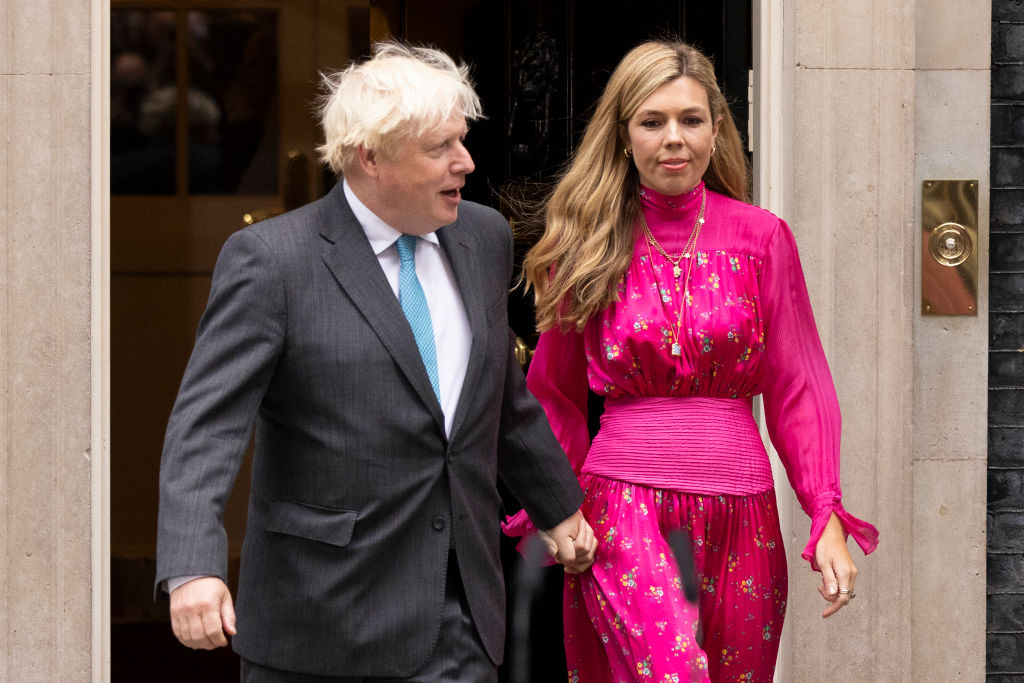 Boris Johnson on Tuesday promised unswerving support for his successor Liz Truss, as he left Downing Street for the final time as British prime minister to tender his resignation.

Johnson, whose tenure was dominated by Brexit and Covid and cut short by scandal, bid farewell to cheers and applause from supporters before heading for an audience with Queen Elizabeth II.

In a typical rhetorical flourish, he likened himself to “one of those booster rockets that has fulfilled its function” and would splash down “in a remote and obscure corner of the Pacific”.

But he promised: “I will be supporting Liz Truss and the new government every step of the way.”

And he urged his ruling Conservative party to put aside their differences to tackle the energy crisis that looks set to dominate Truss’s immediate future.

“If Dilyn (his dog) and Larry (the Downing Street cat) can put behind them their occasional difficulties then so can the Conservative party,” he added.

Normally the handover of power in Britain is a swift affair, with the outgoing and incoming leaders making a short trip to Buckingham Palace in central London in quick succession.

But both Johnson and Truss face a 1,000-mile (1,600-kilometre) round trip to the head of state’s remote Balmoral retreat in the Scottish Highlands.

The queen opted not to return from her annual summer break for the brief ceremonial audience, after persistent health issues that have affected her ability to walk and stand.

At the meeting, which should last about 30 minutes, she will ask Truss, as the leader of the largest party in parliament, to form a government.

Truss, 47, was announced winner of an internal vote of Conservative party members on Monday, after a gruelling contest that began in July.

All eyes will be on her return to the British capital and first address as prime minister, which is expected to take place outside 10 Downing Street on Tuesday afternoon — weather permitting.

Heavy rain and storms are forecast, mirroring the gloomy economic situation that she and her new senior ministers will have to tackle from day one.

The appointments are due to be finalised before she hosts her first cabinet meeting and faces questions in parliament on Wednesday.

If confirmed, it would mean no white men in any of Britain’s four main ministerial posts for the first time ever.

Truss faces a daunting to-do list, with the UK in the grip of its worst economic crisis in decades.

Inflation is rampant and running at 40-year highs of 10.1 percent, with predictions of worse to come and recession as winter bites.

Households face an 80 percent increase in gas and electricity bills from October, while businesses warn they could go to the wall from even bigger hikes.

Truss, who touts herself as a free-market liberal, has promised tax cuts to stimulate growth, despite warnings that greater borrowing could make inflation worse.

British media reported on Tuesday that she would freeze energy bills.

The contrast to her beaten leadership rival Rishi Sunak’s more cautious approach has opened another rift in the Conservative party that was already divided by Johnson’s departure.

Recent opinion polls suggest a sizeable chunk of the British public have no faith in her ability to tackle the cost-of-living crisis.

A new poll by YouGov said only 14 percent expect Truss to do a better job than Johnson.

Johnson, 58, remains popular among grassroots Tories as a charismatic election winner, who took the country out of the European Union.

Despite repeated accusations of corruption and cronyism during his tenure, and an unprecedented police fine for breaking his own lockdown rules, Johnson is said to be smarting at having to leave.

Speculation has swirled that he could bide his time for a comeback, particularly if Truss struggles to overcome the country’s many problems.

On Tuesday, Johnson said he would “return to his plough”, like the Roman statesman Cincinnatus, although Latin scholars were quick to point out that he eventually returned to politics.

In her acceptance speech on Monday, Truss ruled out seeking her own mandate from the public at an early general election, vowing victory in 2024.