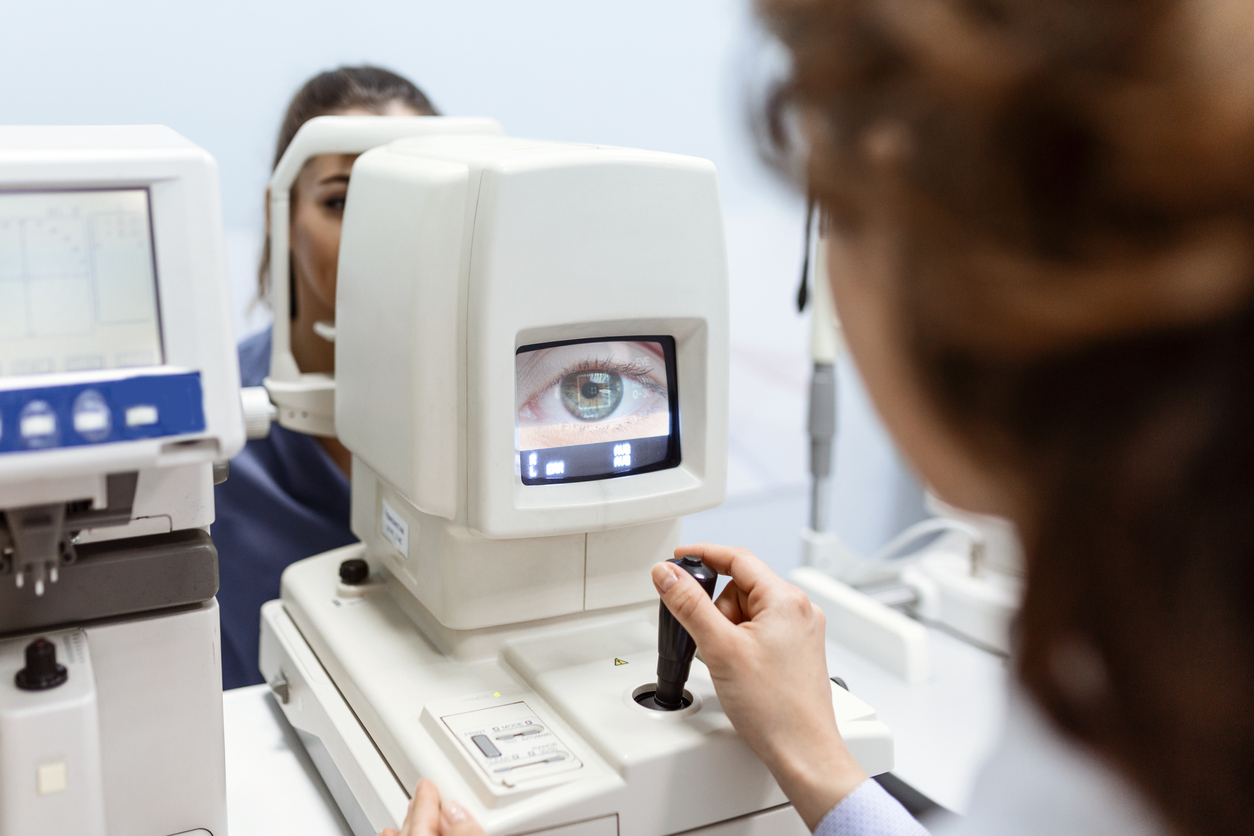 Doctor testing for eyes with special optical apparatus in modern clinic. Ophthalmologist examining eyes of a patient using digital microscope during a medical examination in the ophthalmologic office

A London optometrist has apologised to a schoolboy’s family for her ‘grave errors’ in record keeping which ultimately led to the death of the child, a media report has said.

Honey Rose, 40, said sorry to Vinnie Barker’s family ‘for her failings’ during an eye examination in Ipswich in February 2012, reported The Mirror.

According to the report, Rose failed to notice Barker had swollen optic discs. It was a symptom of papilloedema, a rare condition of optic disc swelling that is caused by increased intracranial pressure and is a symptom of fluid on the brain.

In her records, she noted the eight-year-old’s peripheries – the edges of his retinas – were “normal”, without examining either of them.

Barker fell ill five months later, in July 2012, at school and died hours later in hospital due to a build-up of fluid on the brain.

“I would like to apologise to Vinnie and his family, and to everyone who has been affected in any way in this case, for my failings. I didn’t ask Vinnie’s mum for help [during the examination], but I would now. I didn’t check the name on the photograph but would now. I would never make a record in the same way as I did for Vinnie’s periphery again. I made a misleading and dishonesty [sic] entry in relation to the periphery,” she was quoted as saying by the newspaper at the latest tribunal.

“I recorded that the periphery was normal, but the periphery had not been examined as I had been unable to complete ophthalmoscope, and it was not visible on the photographs. I, therefore, had no observable basis for writing that it was normal; I had made an assumption.”

Earlier, she had admitted that had she looked at the correct images, she would have referred the schoolboy to the hospital for an urgent appointment.

In 2017, Rose was convicted of manslaughter following a landmark trial. She was suspended from practising for nine months in 2020 by her professional regulator.

However, the High Court ruled the suspension was too lenient and the conviction, was quashed a year later at the Court of Appeal.

Now, Rose was officially struck off the register following a new General Optical Council tribunal. It criticised Rose for her ‘grave’ errors and ‘casual’ attitude to record-keeping.

“Rose abandoned her statutory duty to conduct a full internal examination of both eyes and relied on incorrect central retinal images because she had failed to identify the correct patient’s images. This was serious in its own right. What made the situation worse was Rose’s unexplained recording of misleading, and on one occasion dishonest information,” chairwoman Jayne Wheat was quoted as saying by The Mirror.