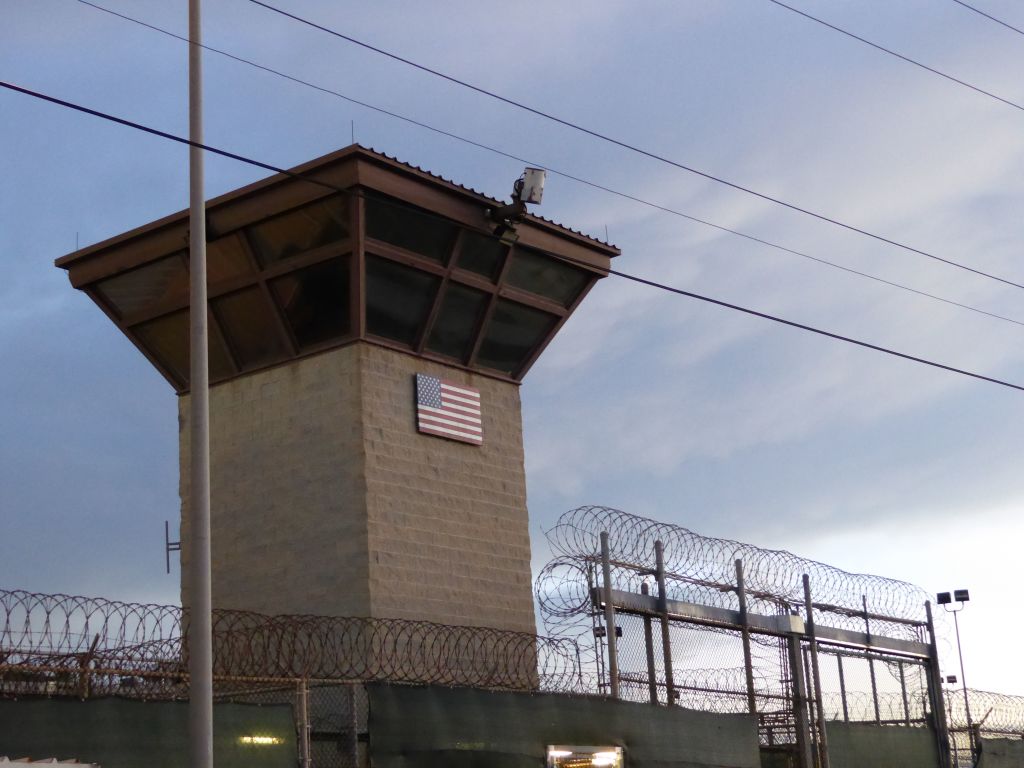 The main gate at the prison in Guantanamo at the US Guantanamo Naval Base on October 16, 2018, in Guantanamo Base, Cuba. – The Guantanamo prison, which houses detainees accused of participating in the 9/11 attacks, is to remain open for at least 25 years, said US Navy Admiral John Ring, commander of the base. (Photo by Sylvie LANTEAUME / AFP) (Photo credit should read SYLVIE LANTEAUME/AFP via Getty Images)

A Pakistani known for being the oldest detainee at the US-run Guantanamo Bay detention facility in Cuba was released to his home country on Saturday, the South Asian country’s foreign ministry said.

The secretive US military prison once housed hundreds of suspected militants captured by US forces during America’s so-called “war on terror” following the 9/11 attacks by Al-Qaeda in 2001.

Businessman Saif Ullah Paracha was detained in 2003 in Thailand and accused of financing the jihadist group, but he has maintained his innocence and claimed a love for the United States.

Like most detainees at Guantanamo, Paracha – aged 75 or 76 – was never formally charged and had little legal power to challenge his detention.

“The Foreign Ministry completed an extensive inter-agency process to facilitate repatriation of Mr. Paracha,” Pakistan’s foreign office said in a statement on Saturday.

“We are glad that a Pakistani citizen detained abroad is finally reunited with his family.”

Paracha’s arrival comes after US President Joe Biden last year approved his release, along with that of another Pakistani national Abdul Rabbani, 55, and Yemen native Uthman Abdul al-Rahim Uthman, 41.

The statement from the Pakistani foreign ministry did not mention Rabbani.

Biden is under pressure to clear out uncharged prisoners at Guantanamo and move ahead with the trials of those accused of having direct ties to Al-Qaeda.

Among the roughly 40 detainees left are several men who allegedly had direct roles in 9/11 and other Al-Qaeda attacks.

Paracha, who studied in the United States, had an import-export business supplying major US retailers.

US authorities accused him of having contact with Al-Qaeda figures, including Osama bin Laden and Khalid Sheikh Mohammad.

In 2008, Paracha’s lawyer said the businessman had met bin Laden in 1999, and again a year later, in connection with the production of a television programme.