October 23 will always be special: Virat Kohli reminisces on match-winning knock against Pakistan at T20 WC 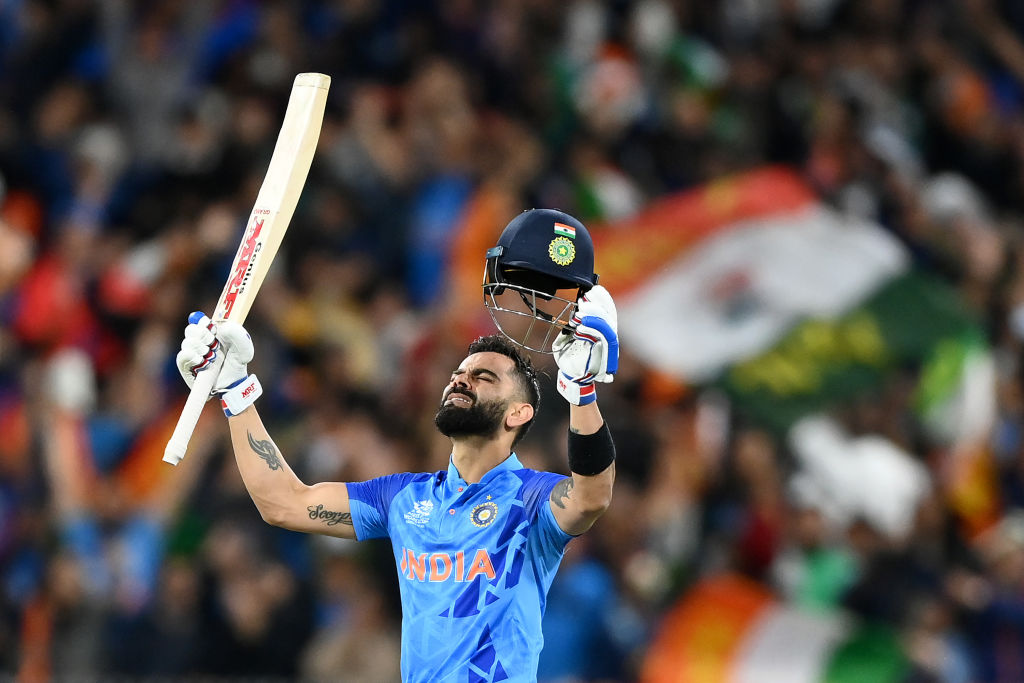 Reminiscing on his instant classic match-winning knock against Pakistan in his side’s ICC T20 World Cup campaign opener, star Indian batter Virat Kohli said the day will always be special in his heart and he had “never felt energy like that in a cricket game before.”

Virat took to social media platforms Twitter and Instagram to look back at his incredible knock of 82* off 53 balls consisting of six fours and four sixes, which he himself rated as his “best T20I knock” after the match.

“October 23rd 2022 will always be special in my heart. Never felt energy like that in a cricket game before. What a blessed evening that was,” said Virat in his post.

Chasing a total of 160 set by Pakistan, India was restricted to 31/4 in less than ten overs. Virat then took his time, and stitched a calculative, careful stand of 113 runs for the fifth wicket with Hardik Pandya (40).

When India needed 28 in 8 balls, Virat’s two consecutive sixes on pacer Haris Rauf’s delivery changed the game completely in India’s favour. The first of these two sixes, hit with a straight bat, is now considered iconic by cricket fans. ICC even called it as “arguably the greatest single T20 shot of all time”.

India held their nerves and also took full advantage of extras bowled by the spinner Mohammad Nawaz in the final over to clinch one of its best wins.

India’s run at the tournament however came to an end after a disastrous 10-wicket loss to England in semifinal.

However, Virat was one of India’s biggest star in this campaign, topping the batting charts with 296 runs in six innings at an average of 98.66 and four fifties. He also broke numerous batting records in the tournament and became the highest run scorer in T20 WC history, ending with a total of 1,141 runs in 25 matches with 14 fifties at an average of 81.50.

Ever since Virat returned to the sport after a break taken after months of bad form during the Asia Cup, he has been in a fine form, having scored 700 runs in 16 innings at an average of 70.00. He was able to hit his much-anticipated 71st international ton after over 1,020 days and also hit seven fifties besides that.

Virat fans can once again catch their favorite in action from December 4 onwards as he is a part of India’s ODI and Test squad for Bangladesh tour.