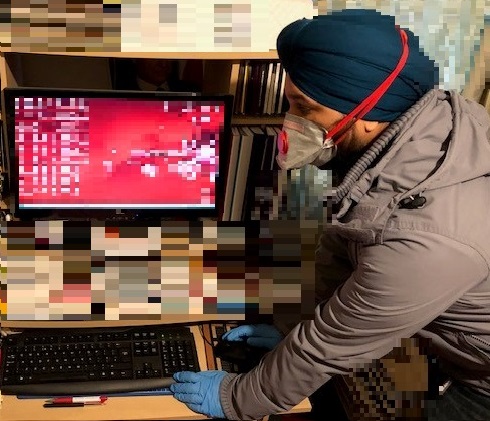 THE Online Child Abuse and Exploitation Unit (OCSAE) has arrested 45 suspected offenders and protected almost 100 children during the four weeks of lockdown in the UK, the new figures released by the Metropolitan Police shows.

As many as 92 children were protected and 68 warrants executed from 23 March to 23 April, with average 10 new live investigations every week, data shows.

For the past seven weeks, starting from 2 March, the unit registered 72 arrests, 132 children protected and 123 warrants carried out.

The Met is receiving an average of 50 reports a week from the National Crime Agency (202 between March 23 and April 24).

“Officers have been working around the clock since the pandemic started using a variety of different tactics and resources to proactively identify and pursue online offenders and protect children and young people,” said Detective Superintendent Helen Flanagan.

“Online offenders can consider themselves less harmful than ‘real life’ abusers as they hide behind a screen, but there is a vulnerable child at the heart of every indecent image or video and by viewing and distributing these, the abuse is repeated over and over again.”

The Met has urged parents and young people to remain extra vigilant and educate themselves around the dangers as well as encouraging them to take steps themselves in order to mitigate the risks. It works closely with a range of partners across government, statutory agencies, the technology industry, and the third sector to act quickly on referrals, get images removed, and protect young people at risk.

Donald Findlater, chief executive of child protection charity Lucy Faithfull, said: “We have seen an increase in the use of pornographic sites because of isolation measures and we know this can be a precursor for some men with addictions to move into illegal child abuse material. Parents can help in tackling this and think about what their children are doing when they are being quiet in their rooms, because that lack of supervision can make them more vulnerable online.”

As per records, offences for the first three months of 2020 remain level with 2019, at around 180 offences on average per month. For the past two years, the number was around 2,200.

The OCSAE unit has recently spearheaded a drive to educate officers within the Met internally about all aspects of online indecent image offences and in the process of delivering specialist training for frontline detectives across all the different geographical command areas.