‘Obama moment for British Hindus’: UK Temple set up by Sunak’s grandfather on his top job 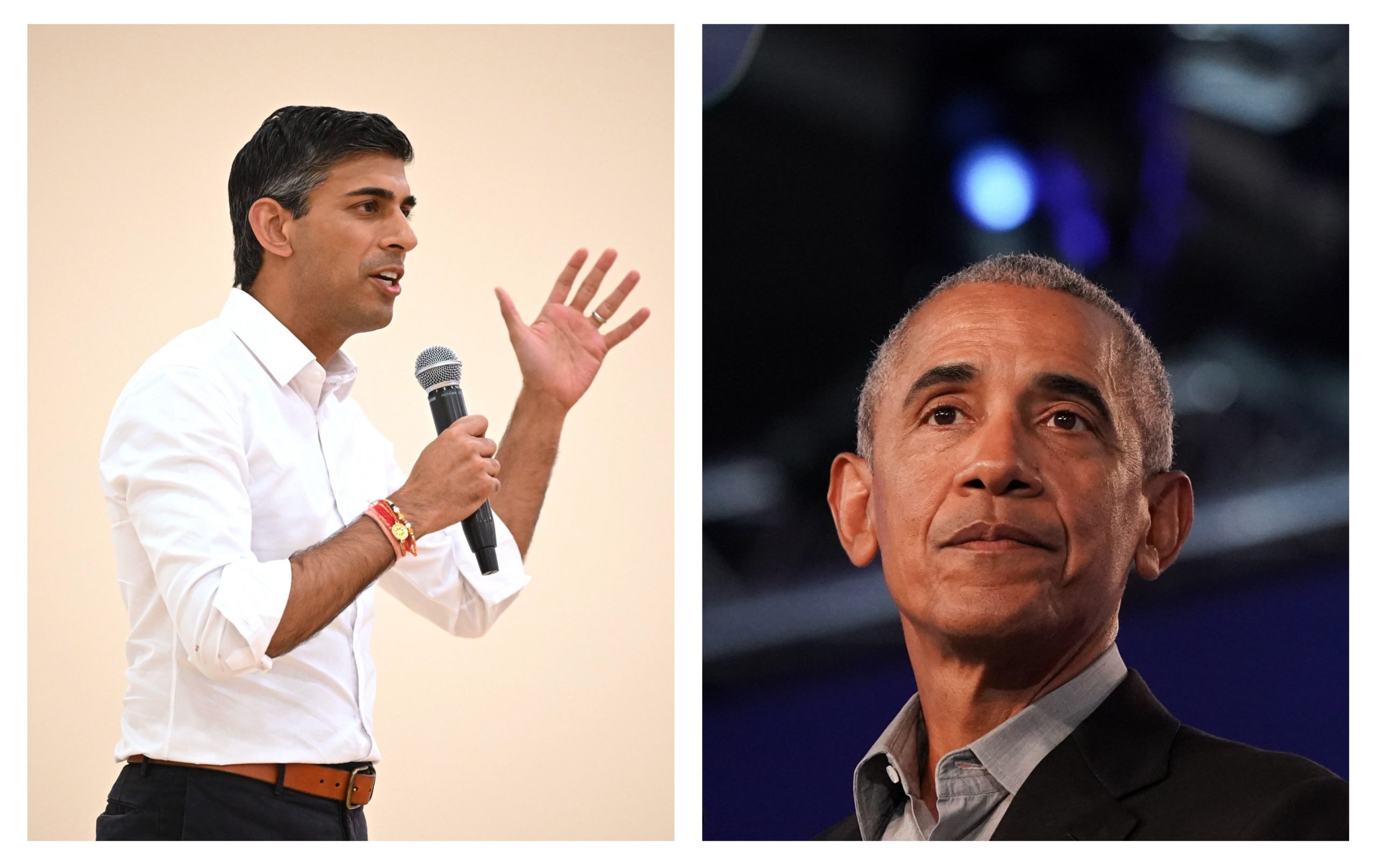 Rishi Sunak becoming UK’s Prime Minister is “our Barack Obama moment,” said the leader of a Hindu temple that was set up by the Indian-origin leader’s grandfather.

Rishi Sunak, 42, on Monday won the race to lead the Conservative Party and is now set to become Britain’s first prime minister of Indian origin.

The Vedic Society Hindu Temple in Southampton, nearly 110 km from the south-west of London, was established by Sunak’s grandfather Ramdas Sunak, in 1971, with his father, Yash, continuing his connection as a trustee during the 1980s, The Independent newspaper reported.

Sunak regularly visits the temple in the Hampshire city where he was born and he last attended in July when he provided a meal for worshippers which his family does every year.

Sanjay Chandarana has celebrated the UK’s first British Asian prime minister, who is set to be officially appointed on Tuesday after meeting King Charles, the report added.

Sunak is also the first Hindu prime minister and the youngest for more than 200 years at the age of 42.

“It’s a proud moment, the temple is buzzing right now, and a lot of people are showing their own pictures with him, when he was here before he took pictures with every single person who was in the temple, 300 people,” the report quoted Chandarana as saying.

“It’s like for the UK, it’s the Barack Obama moment, where a non-white person becomes Prime Minister for the first time, also a person from Indian-origin and Hindu which is another dimension and everyone is very proud.

“When we learned he was going to be Prime Minister we offered a special prayer and he will feature in my Diwali speech.” Obama was the first African American to become President of the United States in 2009.

Chandarana believes Sunak’s appointment as the prime minister means integration is working across the country.

“I work in an investment bank, I am a managing director in Canary Wharf, people of all generations feel there is some issue, but in the UK, everyone is properly integrated now I would say,” he said.

“It will unite the country because he practises Hindu religion religiously and one of the key values we have is that the whole world is our family and we believe in unity in that respect.” “The biggest challenge is the economic challenge and the political uncertainty, that is something he will have to address.” Meanwhile, the boss of an Indian restaurant where Sunak used to clean tables as a teen, said he believed he would run the country ‘passionately’, the Metro newspaper reported.

Kuti Miah, has known Sunak since he was two months old and said: “I want to wish him all the best, he was a great person and I have hope that he will lead the country better.” “It’s a tough time, he’s got a tough task on his hands but he’s up to the task. He will do the job passionately, he’s a passionate person.” “Knowing him, I know he will do his best, he will be honest with people. He’s a human lover, he’s not doing the job for money, he’s got enough money.” Sunak’s victory on Diwali has resonated among the Indian community members across the UK, who have hailed it as a “historic moment” in British social history.

Sunak’s victory in the Tory leadership race came at the end of a dramatic few days in Westminster since Liz Truss resigned as prime minister last Thursday in the wake of a disastrous tax-cutting mini-budget and several policy U-turns.

Former prime minister Boris Johnson ruling himself out from the contest over the weekend and Leader of the Commons Penny Mordaunt conceding defeat just moments before the shortlisting deadline on Monday paved the way for a remarkable political comeback for Sunak – having lost the Tory membership vote to Truss just last month.