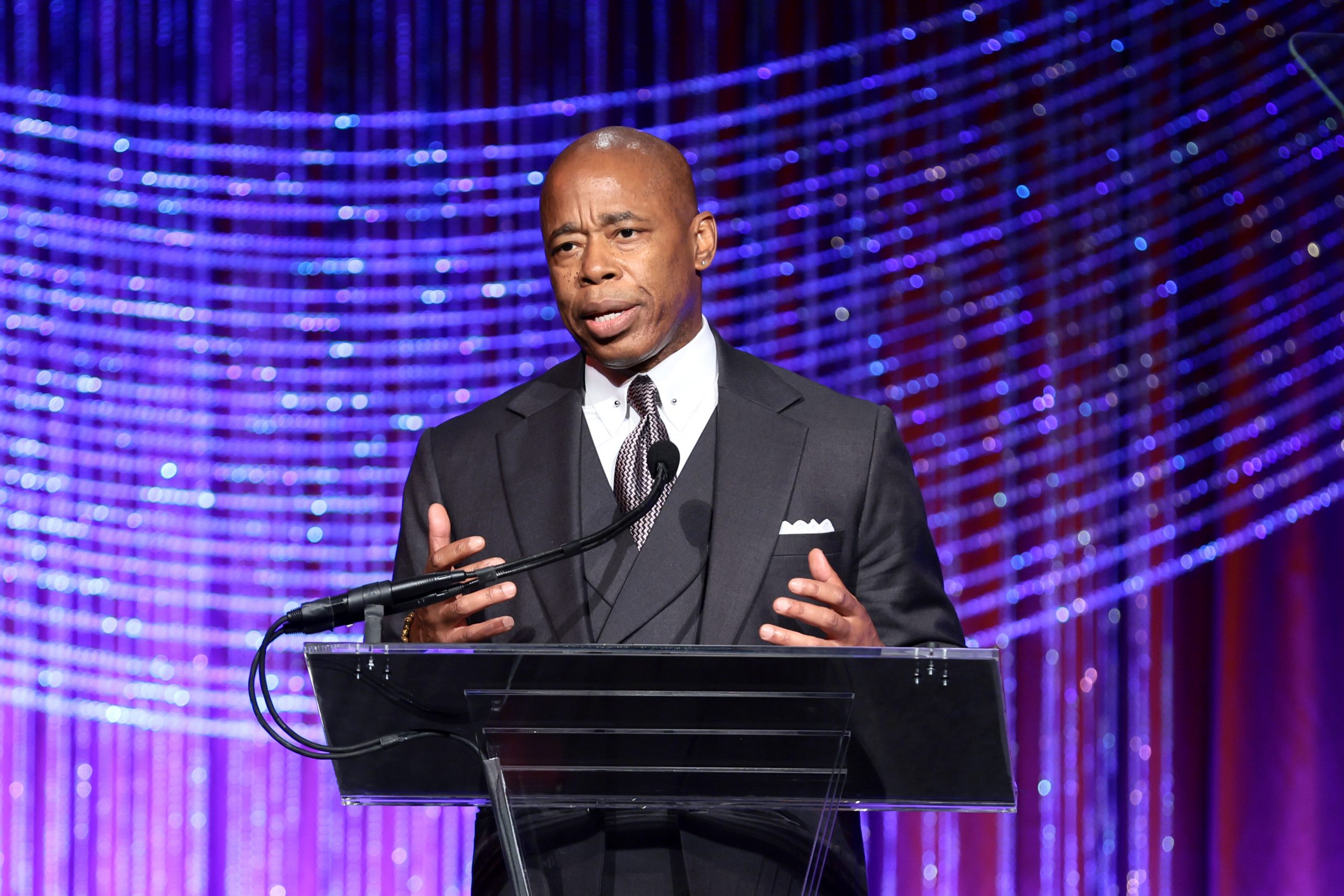 As communities grapple with hate crimes and darkness, New York City Mayor Eric Adams has urged people to live in the spirit of Lord Ram, Sita, and Diwali and be the beacon of light and hope each day of the year.

There’s too much darkness. We have been engulfed in the desire to just find places we disagree, he said on Tuesday, giving a clarion call to people and communities “to live true to what Diwali represents”.

It is time for us to live up to Diwali, to sit down and communicate, to push back against hate crimes against Sikhs, against AAPI (Asian American Pacific Islander), against those of the LGBTQ+ communities, against African Americans, Latinos, Irish and Jewish and Polish and all the other groups that make this city. We need to be the beacon of light that shows the country how we need to push away the darkness, he told the gathering of over 1,100 people.

Joined by India’s Consul General in New York Randhir Jaiswal, prominent Indian-origin lawmakers — including Kevin Thomas who was elected in 2018 to represent the 6th District in Nassau County, becoming the first Indian-American in New York history to serve in the State Senate — and New York Assembly Member Jenifer Rajkumar, Adams underlined the importance of celebrating the message of Diwali every day and not just on the day of the festival.

If we only celebrate the pushing of darkness away for one day, then we are betraying the principles of Diwali. It is every day that we must live at that magnitude and at that height, he said.

My Sikh brothers and sisters feed thousands of people in their Gurdwaras regardless of the peoples’ religion and faith, including during the COVID-19 pandemic, Adams said.

The Diwali celebration came just a week after the decision to declare the festival of lights a public holiday in New York City public schools. Rajkumar, the first South Asian-American woman ever to be elected to a state office in New York, introduced legislation in the state capital that makes room for Diwali in the school calendar.

As Hindu-Americans, it is time for us to be seen for who we are. Ours is the culture that inspired Martin Luther King Jr, who famously said that India’s Mahatma Gandhi was the guiding light of his movement for social change, Rajkumar said.

Emphasising the importance of respecting women and treating them as equals and with dignity, Adams said, We always think of Ram when we think about Diwali, we think about the fight against evil and how Ram pushed against darkness and brought light. But when you look at that important story, don’t forget Sita, don’t write Sita out of that narrative. Sita was a strong woman who did not succumb to all the riches, all the glory that the darkness wanted to provide for her. She stood firm and committed.

During the celebration, Deputy Commissioner at the New York City Mayor’s Office For International Affairs Dilip Chauhan presided over a special award presentation in which leading diaspora organisations were honoured for their contribution and outstanding work for the communities.

Pandit Lakhram Maharaj, the founder of Shri Tulsi Mandir, accepted the honour on behalf of the temple.

In August, a handcrafted statue of Mahatma Gandhi was destroyed by a group of six persons with a sledgehammer at the Tulsi Mandir.