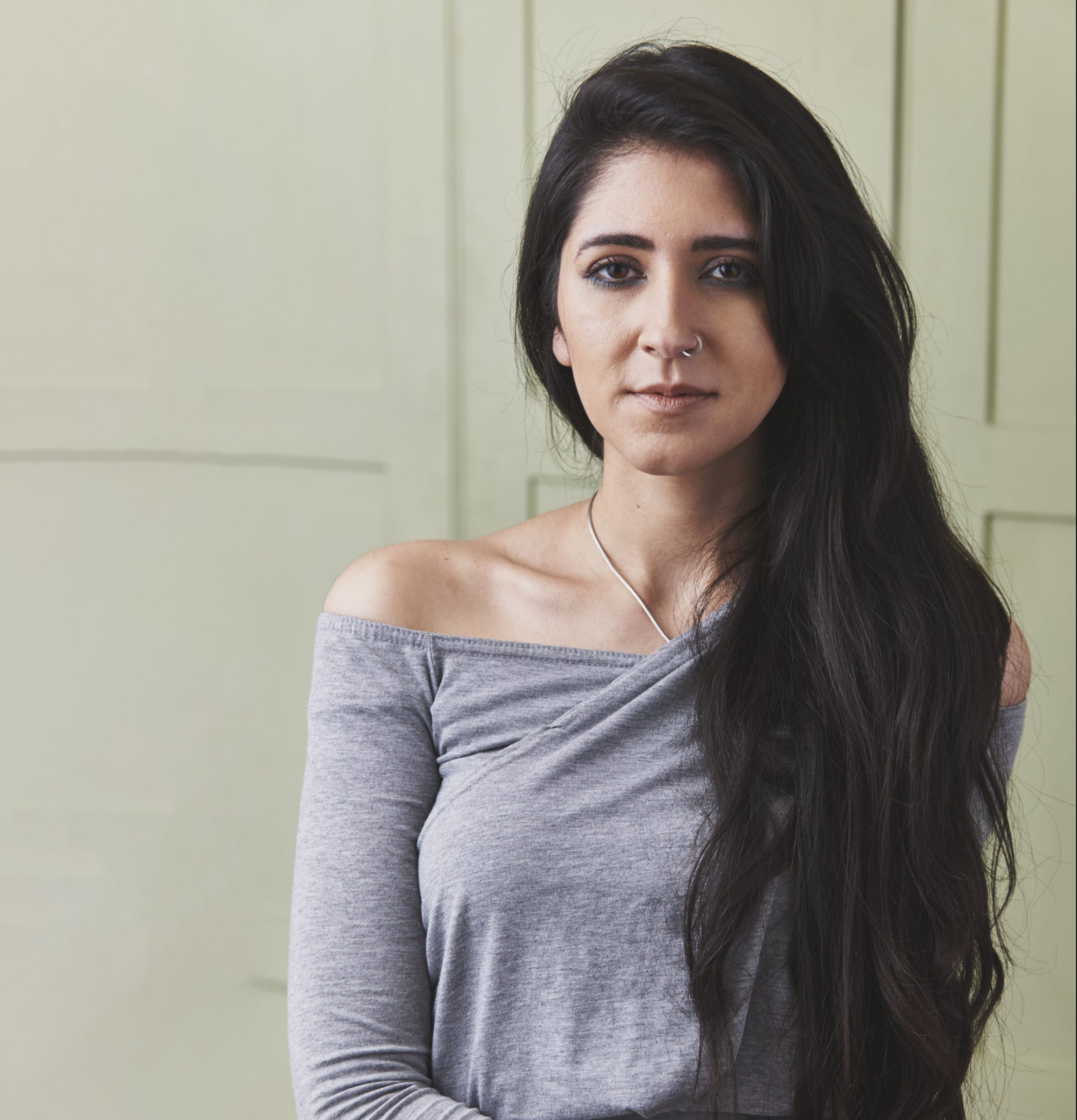 An incredible ability to tell a human story through poetry and connect with readers on an emotional level has turned Nikita Gill into an important literary voice.

The acclaimed British writer has mixed up brilliant books such as The Girl And The Goddess and Fierce Fairytales with standalone poems and inventive pieces of work, like a stunning collaboration with Anoushka Shankar. Her newly published book These Are The Words could well be the prolific poet’s most accomplished work yet.

The 35-year-old, based in Hampshire, has written a poetry collection for young women set across the four seasons, which perfectly paints a portrait of life, gives advice, offers healing, and tells compellingly relatable stories. The book with universal appeal is like a friendly companion for all ages and adds to her impressive body of work.

Eastern Eye caught up with the rapidly rising star to discuss her new book, writing journey, and why the only competition is herself.

When you started this writing journey, did you imagine making such a big impact?
Absolutely not. I don’t think any writer, when they start, thinks that they can be successful in anyway. I don’t think any of us go into it thinking, ‘I am going to become a massive success’. We go in thinking, ‘I hope the thing I love is what I get to do for the rest of my life’. I just went in wanting a little space to do what I love.

Which of your work is closest to your heart?
It’s hard to choose, but a poem I keep coming back to is Everything I Never Asked Him, which I wrote about an ex – a very long time ago – who passed away from suicide. It kind of touches on men we should be taking care of more, and suicide being one of the biggest killer of men over 40. It’s about questions we should be asking, so they can talk more about the pain they feel. I come back to it often because so many men I know, who are going through depression or anxiety, feel like they can’t talk about it. I don’t know if it’s a favourite because it’s about something sad, but I feel like that is the one.

You’ve been unpredictable, from the way you write poems to books, and your standalone work. Has that been a conscious decision?
I write what I am feeling and most passionate about at the time. As a writer, when you see something interesting, it leads you down a rabbit hole, and you find yourself wanting to write about it. That’s how it works for me. There are lots of stuff I never end up sharing. I think most of my work doesn’t make it online or into my books. I would say only 10 per cent does. A part of my thinking is, ‘I’m obsessed with this and want to write about it’. The other part is, ‘will it be published?’ Sometimes people say, ‘this isn’t on trend, we can’t publish it’.

Tell us more about that…
For example, I started writing Fierce Fairytales many years before it was picked up to be published. At that time, it wasn’t trendy to write feminist fairy tales. But then there was a huge movement of people retelling fairy tales and Fierce Fairytales fit into that.

Your new book These Are The Words is a masterpiece. What inspired it?
Thank you, so much. That means so much to me. I think I was writing to my nieces and my younger self. But one of the things I am paying a lot of attention to is how disenfranchised young people are feeling. You can’t blame them. It’s perfectly justified to feel like the world has turned its back on you. They lost two years during the pandemic, when things were not normal. Things were supposed to get better, but it feels like things are progressively getting worse.

How did you connect that to the book?
My nieces in particular have a lot of anxiety and are like, ‘we don’t have the words or language to be able to express ourselves, and wish people were telling us certain things’. That’s where the book basically came from. It’s like here are the words that may help you in this situation. Like, all I have to give other than loads of unconditional love are ‘these words’. That’s exactly where the title came from. These are the words to help you on the next steps of your journey and feel validated, when you’re young.

Did you learn anything new while writing this wisdom-filled book?
There was a lot I learned about family relationships. With the family section in the book, I had to do a lot of introspection into how I felt as a teenager. There’s a poem called This Poem is a Legacy of Food, which is about south Asian parents, in particular, never saying sorry – not even to each other – and bringing food instead. My dad liked giving me samosas after a fight, instead of saying sorry, or my mum left a platter of cut fruit at my door after a big argument.

Wow, that is so true…
(Laughs) It is funny, because I didn’t think that was a common experience, but a whole conversation happened after I finished writing the poem, on Twitter, about how this is an Asian parent’s way of saying, ‘I love you’, but I am like that’s also how they say ‘sorry’. So, there were lots of little such instances and moments I haven’t really seen written about very often. So, I learned a lot about family from this book.

The book is aimed at young women, but I think it’s very universal and relatable to all ages in some way, and both sexes. Was that a conscious decision on your part?
I was hoping that it would be universal even though I was very much writing it as a love letter to my younger self and words of wisdom for my nieces. I was writing it with just a few people in mind because I read a very good piece of advice. I forget who, but they basically said, ‘write like you are writing to an old friend’. I think that there’s a lot more emotion that comes in when you write work like that. So, I try to write my books that way; either to a younger version of myself or to an old friend.

You have concluded this book with a poem about sisterhood. How important is that to you?
So important. The thing I wished I knew when I was very young is that sisterhood and community will save you. Being around women and people who know your experiences will save you – women who know that you feel lonely about things such as sexual assault and domestic abuse. It’s very isolating to go through those things until you join a support group and realise there’s a whole sisterhood out there of women who understand exactly what you’ve been through, without you speaking about it. Sisterhood is so important to the healing journey and who you are as a person.

What was the thought process behind dividing it into seasons?
The way I write my poetry books, at least, I feel that they should have an overarching theme, like you have with fiction – with an A plot, B plot and a bunch of side quests. I felt that my overarching theme was similar to horoscopes through the seasons and going through an entire year. I think human beings, in a lot of ways, reflect those seasons, where we are in the spring and winter of our lives. It has to do with eras, so I wanted it to have that slight evergreen touch of having the seasons.

Do expectations around you getting bigger with each book put pressure on you as a creative person?
It does put pressure on me. I am trying to step back from social media and not let the way people talk on social media about art, or work get under my skin. I think social media can make you very anxious, especially as a creative person. There is a lot of pressure when you do a career in the arts, to constantly be better, but I think for me the way I try to look at it is, ‘I need to write a better book than the last one’. That is my only competition – the last book I wrote, as opposed to anything else. I think everyone can live in a community with each other if we just looked at our last work as our greatest competition.

A lot of people have used your words to get through difficult times, but what has helped you?
My nani (grandmother) is a wonderful person, who is about 180 times wiser than I could ever hope to be. She is the person who through the simplest advice has lifted me up and told me, ‘The world actually isn’t as bad as your picturing it in your head’. She’s been through a lot, obviously. Everyone from that age group who come from north India suffered because of Partition. When she tells me those stories, it always changes my life. So, I use my grandmother’s advice and wisdom.

Do you know something is good when you write it?
(Laughs) I think the greatest tragedy of being a writer is that you never like your own work, especially something you’ve written months ago. Six months later you’re like, why did I like this? Like what was wrong with me? In a way, it’s a good thing because it shows you’re constantly growing. So you outgrow your own work, but at the same time we writers tend to be very hard on ourselves. It’s like finding a happy medium between celebrating the work you’ve done, which moves people and moves you, and knowing you must outgrow that work to become a better writer.

What does poetry mean to you today?
I think poetry is for everyone. There is a poem in this world for everyone. For me, the most powerful thing about poetry is there is a poem out there that will move and fundamentally change every human being in the way they view the world. I think that’s a really powerful thing that poetry does. And it does it very quietly, which is wonderful.