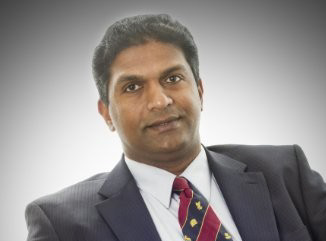 An orthopaedic surgeon has been awarded compensation over his unfair dismissal from England’s health and adult social care regulator.

Shyam Kumar had raised patient safety concerns during his part-time job in the Care Quality Commission (CQC) as a special adviser on hospital inspections.

The Manchester Employment Tribunal ruled his disengagement by the employer in 2019 had been influenced by his whistleblowing efforts and found that the concerns he had raised were valid.

Kumar, who had claimed inadequate hospital inspections and complained of staff bullying, said, “The whole energy of a few individuals in the CQC was spent on gunning me down, rather than focusing on improvement to patient safety and exerting the regulatory duties.”

A group of whistleblowing doctors was not allowed to discuss their concerns, he had claimed.

From 2015 till his dismissal, Kumar wrote to senior colleagues at the CQC with several serious concerns, the BBC reported.

He said a surgeon at Morecambe Bay had carried out “inappropriate” operations which had failed to meet quality parameters and harmed patients.

While Kumar said his warnings were buried under the carpet, the hospital regulator at a hearing denied that concerns went unheeded.

The doctor said he believed he was regarded as “a troublemaker within the CQC or as a thorn in their side”.

In its judgment, the tribunal said, “It is very clear that the emails and concerns raised by Mr Kumar had a material impact on the decision to disengage him”.

The orthopaedic surgeon said, “From a personal point of view, I feel vindicated.”

The hospital regulator said it “accepted” the tribunal findings and leant from the case.

“We have already improved many of our processes and will continue to review these based on the findings to ensure we make any further necessary changes,” the public body of the Department of Health said.