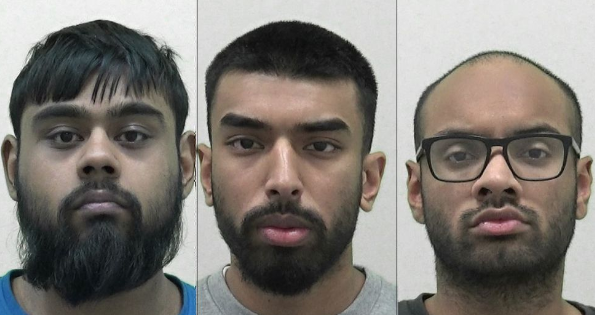 Three Newcastle men have been jailed for their involvement in a drug racket across the Atlantic.

Kohi Choudhury, Sabir Ahmed, and Arif Shomel pleaded guilty to a conspiracy which police discovered after the seizure of class A drugs worth £29,000.

Newcastle Crown Court sentenced Choudhury to 14 years of imprisonment, while Ahmed was jailed for three years and six months. Shomel was handed down a two-year jail term.

Police who received intelligence in 2020 that illicit packages were being sent across the Atlantic, launched an investigation.

They found a drug production facility in Stanton Street in Newcastle where more than 80 kg of Class C drugs were recovered.

The investigators found out that Choudhury was the ringleader and arrested him. He was released later as the enquiry continued.

Border Force officials intercepted two more packages of Class C drugs which Choudhury had planned to send to the US. Choudhury was arrested again at his home on St Thomas Square in July 2021.

Another sophisticated drugs lab with a large industrial pill press, capable of producing 5,000 pills an hour, and packaging equipment was discovered at a house on Lancaster Street.

The probe also found the involvement of Shomel and Ahmed, who had been previously arrested, in the racket.

Detectives recovered 40,000 tablets, bulking agents and two kg of crystallised MDMA and ecstasy tablets with a street value of £29,000, the BBC reported.