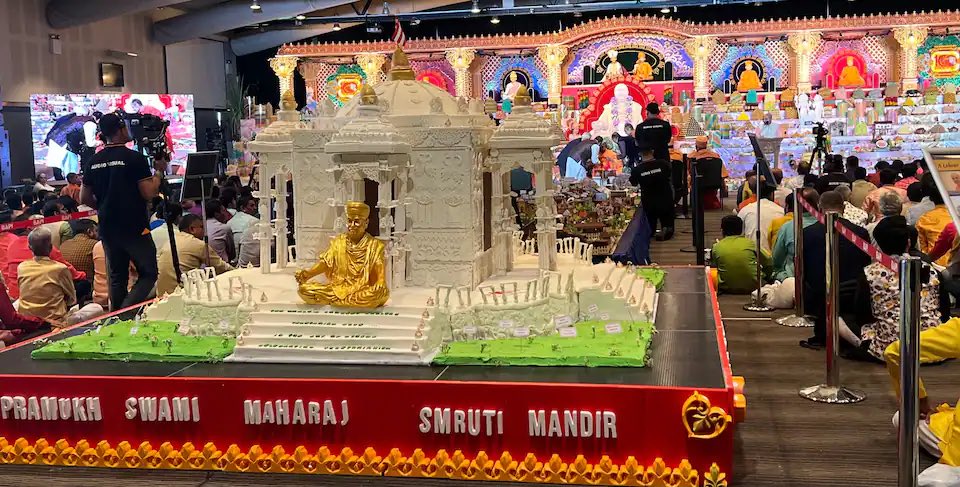 The BAPS Swaminarayan Mandir has made it to the Australian book of records by baking the world’s largest eggless cake.

Taking to Twitter, the American High Commissioner to India, Barry O’Farrell AO, shared the news and wrote, “In a world first, #Sydney’s BAPS Swaminarayan Mandir has made it to the Australian Book of Records by baking the world’s largest eggless cake! The cake, prepared by over 60 volunteers, measures 2.4 mtrs high & 3 mtrs wide.”

The award was presented to the BAPS Swaminarayan Mandir, Sydney, Australia on October 26, 2022.

The cake has been designed in the shape of a traditional Hindu temple and was 2.4 meters high and 3 meters wide in size and weighed 1023.44kgs and was displayed as a part of Annakut puja, in which people offer a wide variety of delicacies to the lord on the first day of the Hindu New Year.

The huge cake was prepared in 4300 hours by over 60 volunteers of the BAPS Swaminarayan Mandir.

According to the American book of records’ official website, the cake was made to commemorate his holiness Pramukh Swami Maharaj’s centennial since birth. The process and record presentation took place at BAPS Shri Swaminarayan Mandir, Sydney, Australia.

On the occasion of Annakut puja, devotees offer a variety of food items, representing the Govardhan Hill to the diety.