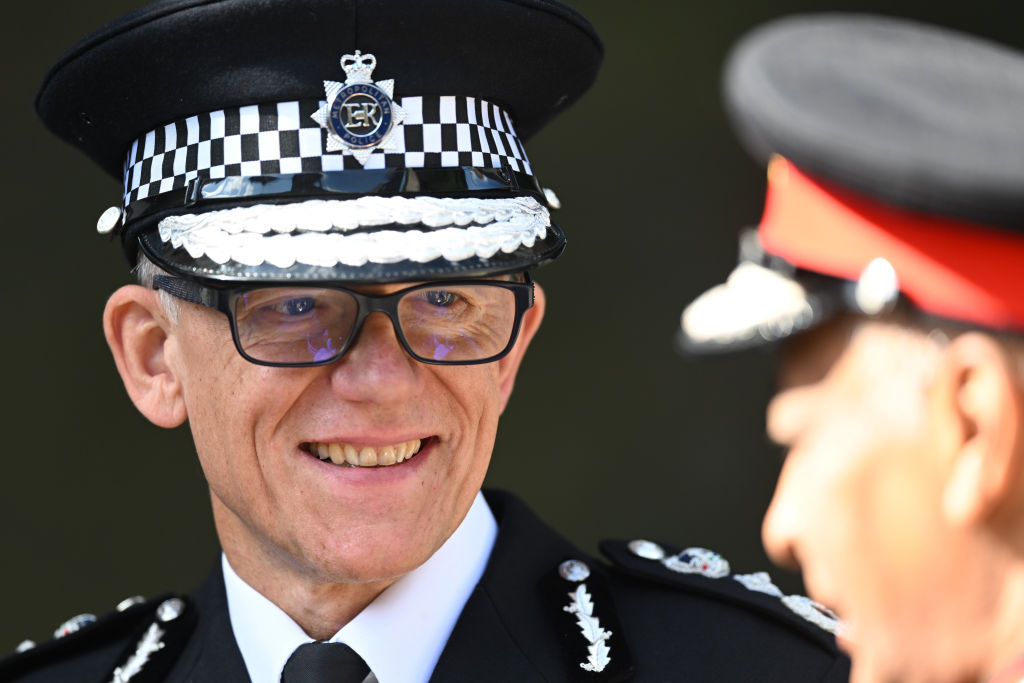 LONDON, ENGLAND – SEPTEMBER 17: Metropolitan Police Commissioner Mark Rowley smiles during a visit from Britain’s King Charles III to thank Emergency Service workers at Lambeth HQ on September 17, 2022 in London, England. His Majesty The King thanks Emergency Service workers for their work and support ahead of the funeral of Queen Elizabeth II. The Queen died at Balmoral Castle in Scotland on September 8, 2022, and is succeeded by her eldest son, King Charles III. (Photo by Carl de Souza – WPA Pool/Getty Images)

Sir Mark Rowley, the new commissioner of the Metropolitan Police, refused to call the force institutionally racist, although he said he was “candid” about the challenges it was facing.

Specifically asked if the Met was institutionally racist, he said he was “not interested in using labels that are being kicked around”.

“We have a real problem with race,” he said during his interaction with crime correspondents.

“I’ve been very clear in what I’ve said so far about racism and other issues like misogyny, that has undermined us”, he said adding, “it’s a systemic issue that we have been too weak in tackling and it’s got too much of a hold in corners of the organisation.”

“And that weakness is about systems, leadership, culture and a whole range of issues,” he pointed out as he maintained that he was “not hiding” from the fact that the force had “a lot to do.”

On institutional racism, Rowley said: “We have a series of challenges to meet, as I’ve said, and I’m gonna be quite candid about that. I’m not interested in using labels that are being kicked around … by different people to bring different issues.

He said, “I just need to be really practical about what the issues are and about what I’m going to do about it. As I’ve said, I’m going to be ruthless about rooting it out, the racism and the other bad behaviours, and I’m going to confront the systemic issues that have allowed it to prosper in a way that it shouldn’t have done”.

Ethnic minorities account for more than 40 per cent of the population of London which is policed by the Met.

Slain black teenager Stephen Lawrence’s brother Stuart criticised the Met chief for not admitting that the force was institutionally racist and called his response a “cop out”.

Arguing that labels were “important,” Stuart told the Guardian, “It’s a bit haphazard to say ‘I don’t believe in labels”.

Excell said, “The commissioner has to be the leading voice at the heart of the NPCC (National Police Chiefs Council) race inclusion plan, admit institutional racism, apologise for it and prove the Met is anti-racist and anti-prejudice.”