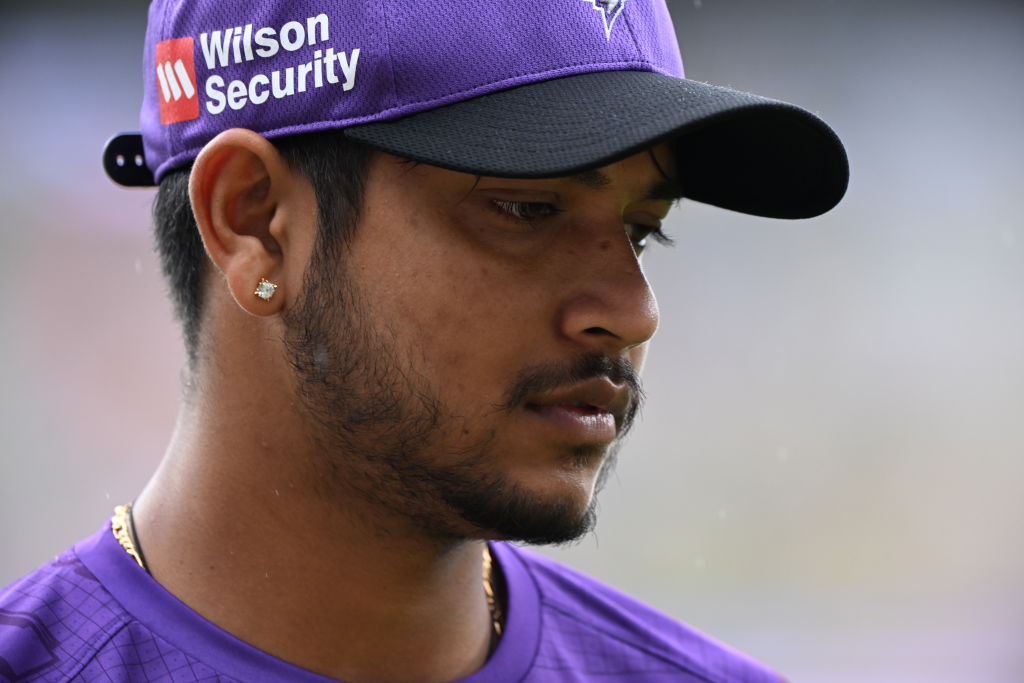 HOBART, AUSTRALIA – JANUARY 01: Sandeep Lamichhane of the Hurricanes looks on during the Men’s Big Bash League match between the Hobart Hurricanes and the Brisbane Heat at Blundstone Arena, on January 01, 2022, in Hobart, Australia. (Photo by Steve Bell/Getty Images)

The Kathmandu District Court on Thursday extended the custody of star cricketer Sandeep Lamichhane by five days as he is being investigated for rape charges.

Lamichhane arrested earlier on October 6 at Tribhuwan International Airport has been in police custody since then. Earlier, the deadline for the investigation over the star cricketer ended on October 12.

“The Police had requested for additional seven days of custody for investigation and further statement. We requested the honourable court that seven days would be long and one side investigation has already been concluded, so we asked for three day time but the court extended five days of custody. The new deadline is the end of Ashwin, October 17. Again on the first of Kartik that is October 18, he will be presented before the court. We expect the Police would complete their investigation and bring their final report of the investigation,” Saroj Krishna Ghimire, lawyer of Sandeep Lamichhane told reporters.

The Kathmandu District Court had on October 13 granted permission to detain cricketer Sandeep Lamichhane, who was arrested on rape charges, for seven days for investigation. Lamichhane has been claiming innocence in court.

A teenage girl has alleged Sandeep of rape. The police will be able to detain Sandeep for a maximum of 24 days for investigation. A girl, 17, filed a case alleging Lamichhane for taking her to various places in Kathmandu and Bhaktapur all day on August 21 and brought her to a hotel in Sinamangal of Kathmandu where she was raped the same night.