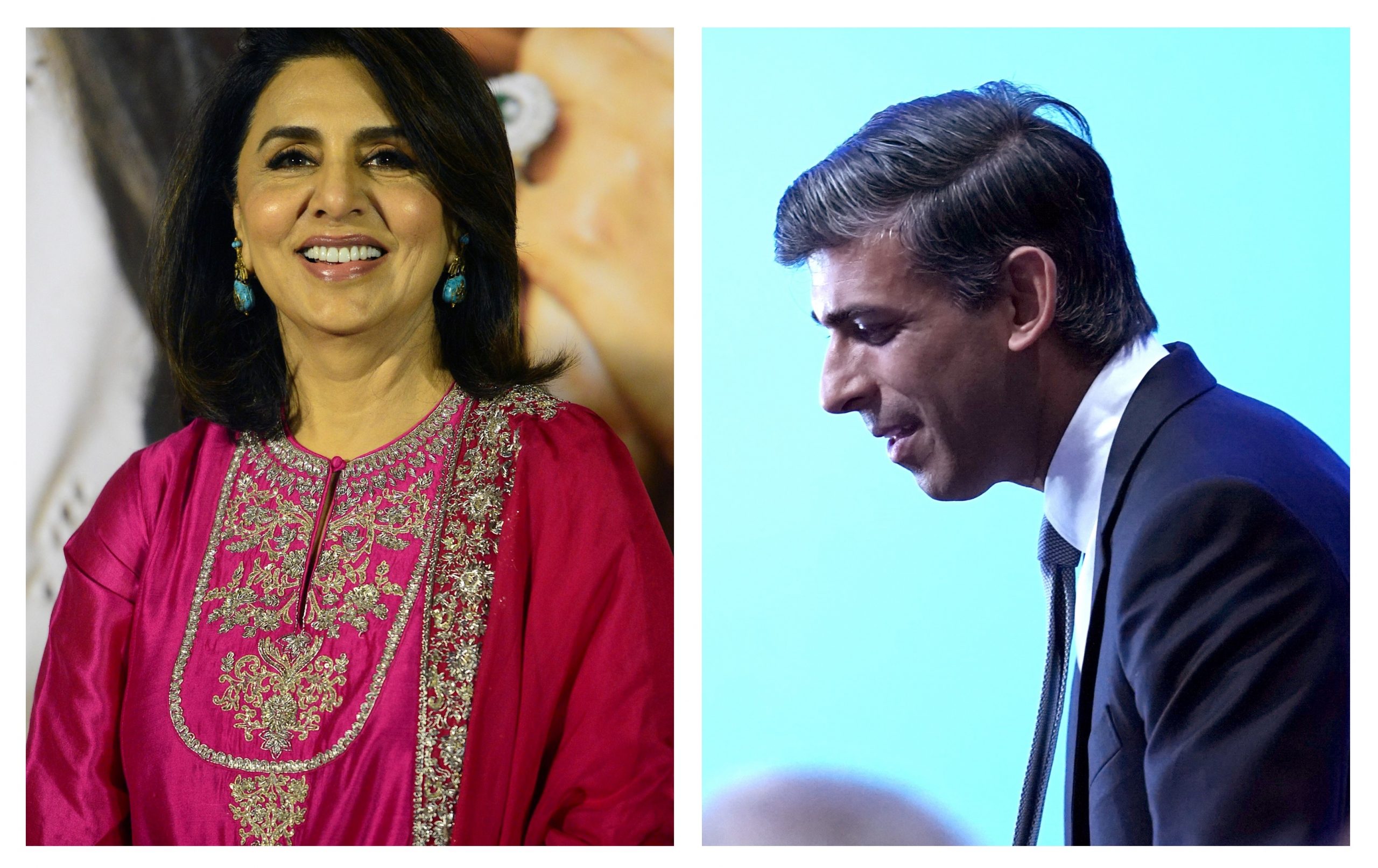 As soon as it was confirmed that Indian-origin Rishi Sunak was set to take charge as the 57th Prime Minister of Britain, a host of Bollywood celebrities, including megastar Amitabh Bachchan, took to social media to congratulate the politician.

However, veteran actress Neetu Kapoor reacted to the news in a uniquely funny way. She not only linked Rishi Sunak’s name to her late husband Rishi Kapoor and father-in-law Raj Kapoor but also told what is the connection between the film ‘Amar Akbar Anthony’ and UK politics.

Here’s what she wrote on Instagram: “Rishi Raj” Sunak (getting cheap thrills with his name).” She further wrote, “Amar, Akbar and Anthony plot! A Muslim mayor of London, a Hindu Prime Minister, and a Christian King. How is thatttt!”

Rishi Sunak last Tuesday became the UK’s third prime minister of the year. He is the first Indian-origin Prime Minister of the UK and is a Hindu by religion. The region’s King is honourable King Charles III, a Christian. And Sadiq Khan is London Mayor who is a Muslim.

Amar Akbar Anthony was one of the highest-grossing films of 1977. The story three brothers who get separated in childhood and are adopted by Hindu, Muslim, and Christian families struck the right chord with the audience.

Meanwhile, Neetu Kapoor was most recently seen in Dharma Productions’ Jugjugg Jeeyo (2022). The film also starred Varun Dhawan, Kiara Advani, and Anil Kapoor in lead roles. The actress is currently waiting for the arrival of her grandchild as her daughter-in-law Alia Bhatt is expecting a baby by the end of the year.