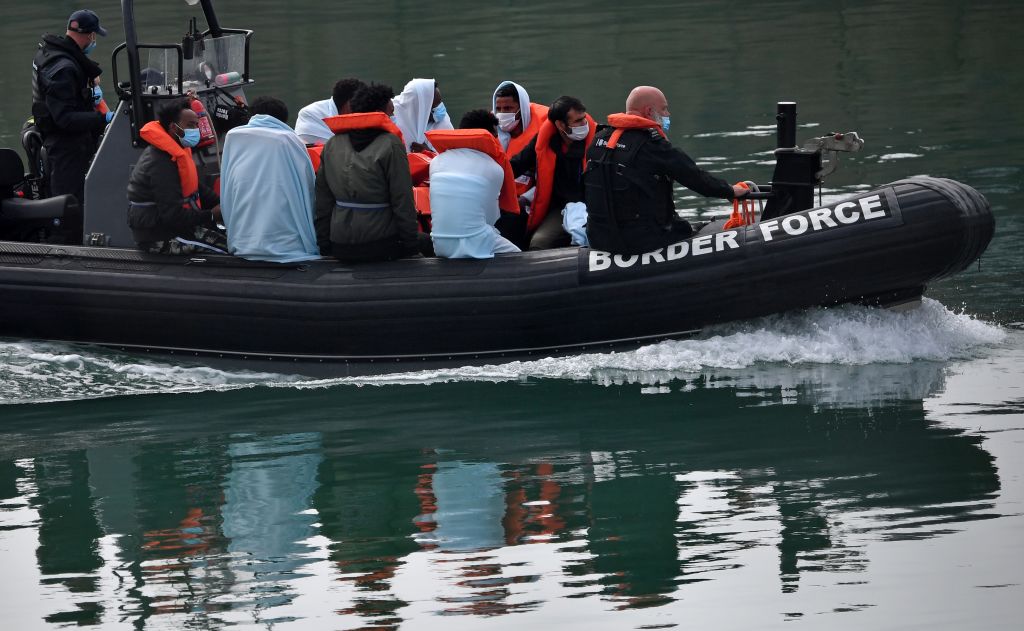 Almost 700 migrants and asylum seekers crossed the Channel to Britain in a single day this week, a new record for the year, the UK government said Tuesday.

The latest arrivals suggest the government’s controversial policy to deport those attempting the dangerous crossing to Rwanda has so far failed to deter them.
The defence ministry said 696 migrants arrived on 14 small boats on Monday, the highest daily tally in 2022 and only the second time this year it has topped 600.
Large groups of people, including young children, were reportedly brought ashore at Ramsgate, on the Kent coast in southeast England, before being taken by bus to processing centres.
More than 17,000 people have arrived in the UK after crossing the Channel — one of the world’s busiest shipping lanes — in small boats so far in 2022, according to government figures.
More than 28,500 — most of them young men — arrived on British shores last year. The all-time daily record of 853 was set in November 2021.
The number of crossings fluctuates through the year, depending on weather conditions and enforcement action along the northern French coastline.
In a bid to deter the arrivals, Britain earlier this year unveiled a new policy to send those crossing for processing and permanent resettlement in Rwanda.
However, the first flight due to take off in mid-June was grounded due to legal challenges, and the policy remains stalled.
Britain has been sending France tens of millions of euros annually to help stop the boat crossings, including for extra beach patrols and equipment such as night-vision goggles.
The Times reported this week that interior minister Priti Patel is set to announce the latest financial deal with Paris, despite questions over the arrangement’s value for money.
It has drawn consistent criticism from some ruling Conservative MPs, with one senior lawmaker telling the newspaper that Patel was “throwing more good money after bad”.