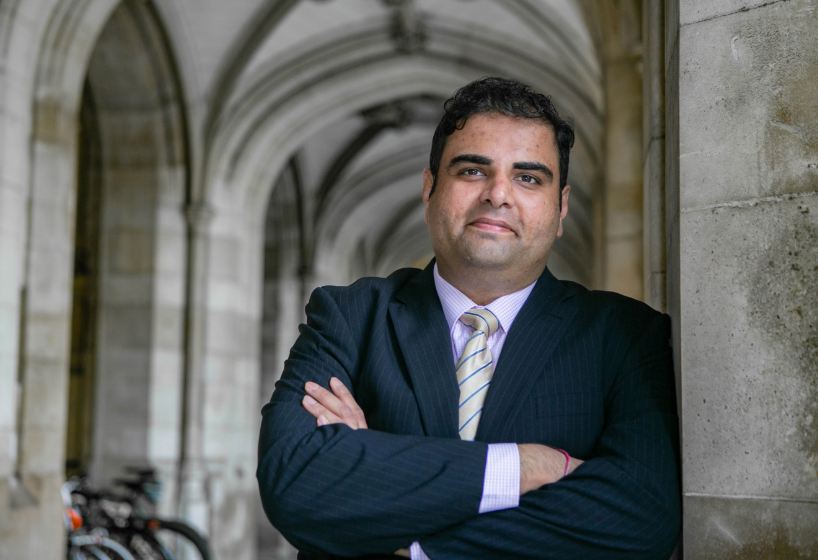 British Indian MP Navendu Mishra has tabled a motion in the UK Parliament to mark the 38th anniversary of the Bhopal gas tragedy which is considered one of the world’s worst industrial disasters.

Mishra, the Labour MP for Stockport in northern England and chair of the All Party Parliamentary Group (APPG) for India (Trade and Investment), tabled the Early Day Motion (EDM) entitled ‘Campaign for justice for the victims of the Bhopal gas leak’ on Wednesday (30) with the backing of 40 members of Parliament.

EDMs are short parliamentary proposals that give MPs the opportunity to publicise a cause and are often used to show widespread support for a particular issue.

“For too long, the lives of the victims and survivors have been blighted by the after-effects of this great tragedy. They urgently need adequate financial compensation and the best medical care,” said Mishra.

“I hope by tabling this motion, Members of Parliament will do more to raise awareness about the campaign for justice and the government will take the action that is so desperately needed. Governments across the world should properly hold Dow Chemicals, the company that bought out Union Carbide, to account,” he said.

The Bhopal gas tragedy occurred on December 2-3, 1984, when over 500,000 people were exposed to methyl isocyanate following a leak at a Union Carbide pesticide plant in Madhya Pradesh.

The tragic incident is widely regarded as the worst industrial disaster to have ever taken place in the world.

It is estimated that up to 10,000 people died in the first 72 hours of the leak, over half a million people were exposed to the gas, and over 25,000 died from gas exposure. Mishra’s EDM calls on “those responsible to be brought to justice so that the victims who have been waiting 38 years for justice finally receive closure”.

His EDM has been signed by MPs from across the political spectrum, including the Scottish National Party’s spokesperson for International Development Chris Law, Plaid Cymru’s Ben Lake, and former Labour leadership contender Rebecca Long-Bailey as well as the Democratic Unionist Party’s Jim Shannon.

It follows a Westminster Hall parliamentary debate earlier last month on the issue when Mishra sought Britain’s contribution to the campaign for justice in India and for UK government pressure on Dow to face justice in the Indian courts.

Anne-Marie Trevelyan, minister of state in the Foreign, Commonwealth and Development Office (FCDO), responded on behalf of the UK government to say: “For many of us — the older ones in the room — the disaster at the Union Carbide plant in Bhopal is seared into our memories as one of the worst industrial accidents in history.”