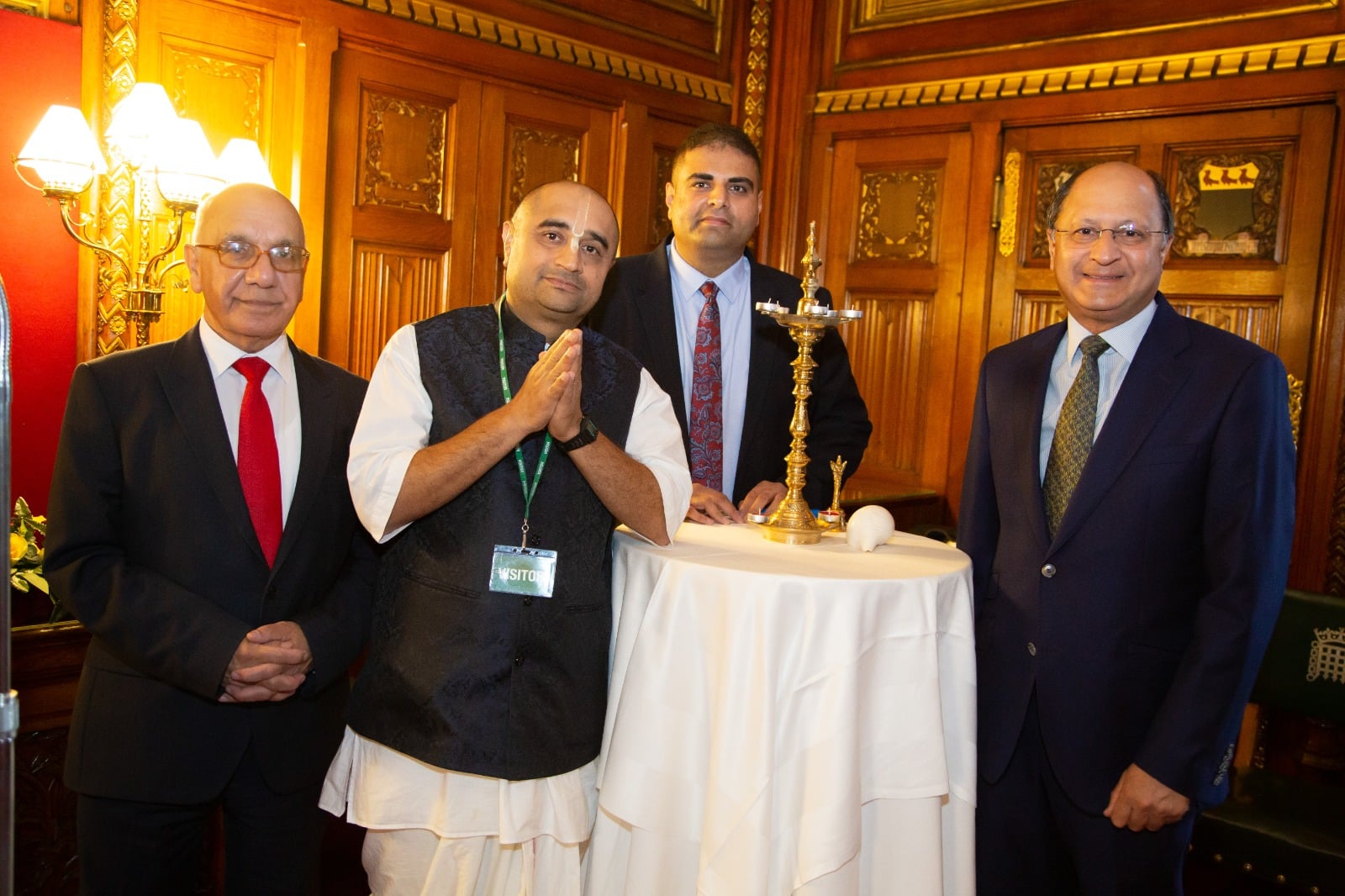 Labour party leader Sir Keir Starmer and deputy leader Angela Rayner have attended the event, along with the deputy high commissioner of India and the Ambassadors of Nepal and Uganda.

“It was a pleasure to co-host Diwali prayers and reception in Parliament for the second year in a row, as India marks 75years of independence. I’m truly grateful to Speaker for allowing us to use the wonderful State Rooms and I wish everyone a very happy and healthy Diwali,” Mishra MP said.

“The British Hindu community is an important part of Britain and makes a positive contribution to our nation.”

During the event, prayers were conducted by a priest from ISKON’s Bhaktivedanta Manor temple.

Speaker Lindsay Hoyle MP paid tribute to those celebrating Diwali and shared his best wishes for the upcoming festival.

The event was catered by Lily’s Vegetarian Indian Restaurant in Ashton, Greater Manchester.