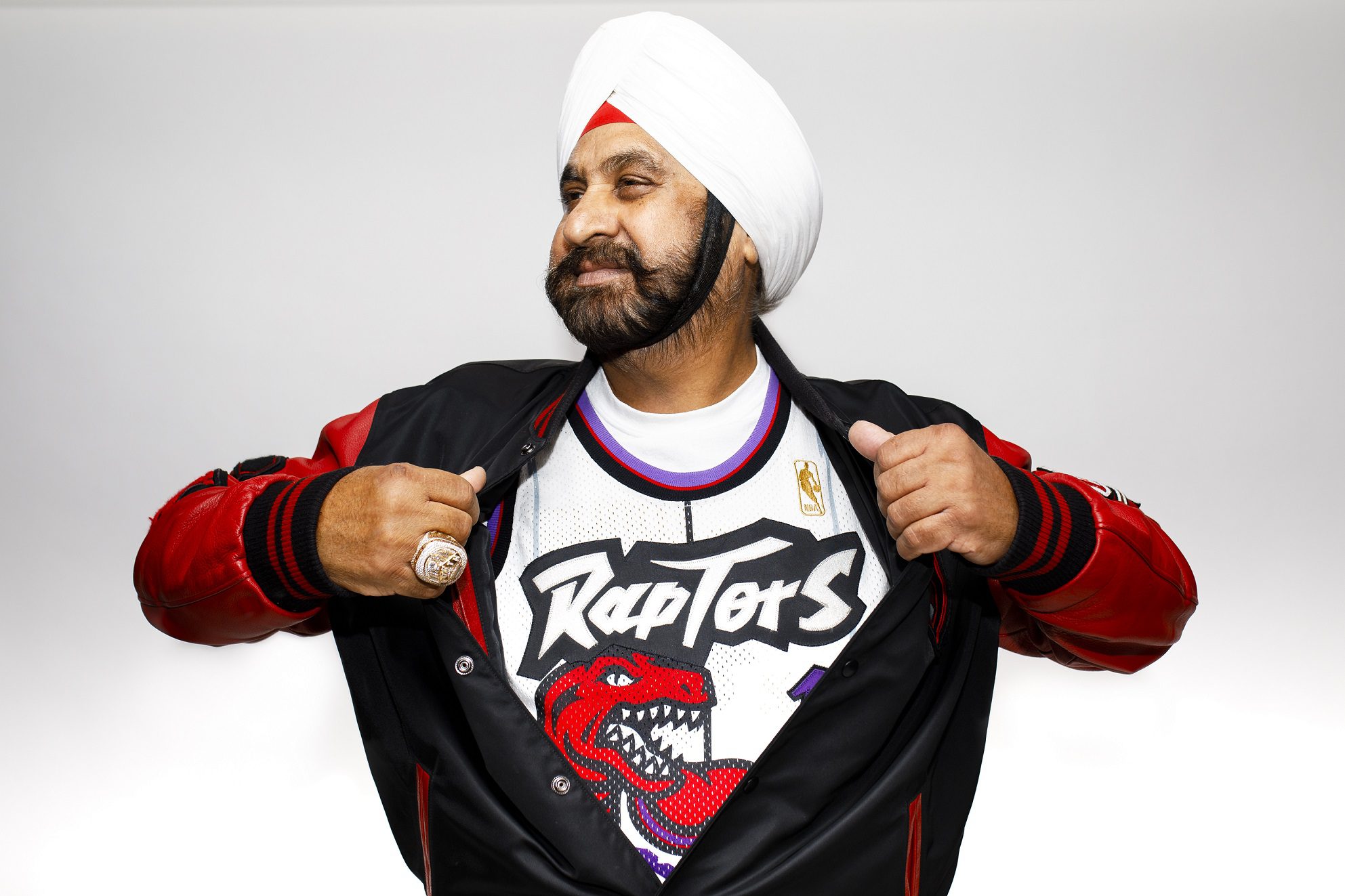 NAV BHATIA DISCUSSES HIS FILM, BEING A BASKETBALL SUPERFAN AND MEETING OBAMA

The inspiring documentary charts the story of Nav Bhatia from being an impoverished Indian immigrant in Canada to becoming first a successful businessman and then a superfan of basketball team Toronto Raptors, which brings him to global attention. The film shows how he used his love for basketball to bring cultures together, popularise the sport in Canada and also make history in multiple ways, including becoming the first fan to get a much-sought-after NBA [National Basketball Association] championship ring.

Bhatia also brought the Asian community closer to basketball and broke down racial barriers, while remaining connected to his Sikh faith. The basketball fan will attend the European premiere of his film next Sunday (3) and share his incredibly uplifting story. Eastern Eye caught up with him to find out more about his amazing journey, documentary, deep love for basketball and brilliant Barack Obama meeting.

What was your first memory of moving to Canada?
(Laughs) I remember it was much colder than India. I also remember how friendly and welcoming everyone was.

What was the biggest challenge of forging a new life in Toronto?
Like many immigrants, there are so many things you think about. Where are we going to living? How can we survive with such little money and for how long? Did we make the right move leaving our family? What about work? There were so many variables to balance. The most difficult challenge was getting a job – I went to over 300 interviews.

How did basketball come into your life?
I enjoyed watching it on TV. Michael Jordan, Magic Johnson, it was entertaining. In 1995, when the Toronto Raptors arrived, I was settled. Business was great, we had a nice home, so I thought, why not purchase two tickets and see how it is? My very first game, I was hooked. I haven’t missed a home game since 1995.

Did that strong connection with the Toronto Raptors start immediately?
Yes. They were our home team. But to me they were like any other immigrant. (Laughs) They showed up in Canada in 1995 and had to rent a home (the Skydome). So, I think their underdog story was a magnet for me.

What has been the most memorable moment for you so far?
For sure, the Championship. I was fortunate to be in California at the time and witnessed history in person [In June 2019, the Toronto Raptors defeated the Golden State Warriors to win the first title in their history]. Nothing will change that feeling of being NBA champions.

How did it feel being the first fan to get an NBA Championship ring?
It was a surprise. I remember my manger was acting weird and then a person from the Raptors told me not to go anywhere at half-time. When they walked me into the room with all the press, that’s when I nearly passed out. When I was handed a player’s ring, I was on cloud nine. I couldn’t believe it. You can see how nervous I was in the videos.

Tell us about the amazing background story to you getting the ring…
In the early 2000s, I was travelling to an All-Star game in our owner Larry Tanenbaum’s private jet. On the way back to Toronto, he thanked me for everything I do for the franchise. He promised me that when we won a Championship, he would give me a ring. I laughed it off, thinking he was just being gracious. But 19 years later he remembered, and here I am with a ring. Incredible person and organisation.

What led towards your film Superfan: The Nav Bhatia Story?
The film wasn’t my idea. My manager, Rinku Ghei, started Yellow Mango Films and, without me knowing, had been collecting footage since we began working together in 2016. In 2020, I was inducted into the Hall of Fame and Rinku approached me with a proposal of doing a documentary about me. I was surprised and very excited. I gave him permission and six months later we had the film. I love how it really portrays not just me but also my family.

Tell us a little about the documentary?
The film captures my story, from leaving India in 1984 to my difficulties getting a job in Canada and how basketball helped me overcome a lot of discrimination. This is the story of a promise I made to my mom when I was 16 years old, and the blessings that came from keeping that promise.

How do you feel about the movie having a European premiere at this year’s London Indian Film Festival?
When I was told, I was in awe. The London India Film Festival (LIFF) – this is not a small thing. I immediately called family I have in London, and they were screaming with joy also. I am looking forward to watching this film with a UK audience and hoping it resonates across the ocean as well. Thank you LIFF for making a dream come true for me.

Which is your favourite moment in the movie?
When I meet my childhood nanny in India at my old home. This lady took care of me, my brothers and my mom. I had not seen her for years. It brought tears to my eyes when I saw her.

Did you learn anything new about yourself from this film?
As I watched the film, I realised how blessed I am to have the life I do. That’s when I also realised it was very important to give back, to take this ‘super fandom’ and do good with it. My story is a simple one. Treat others how you want to be treated yourself. The real inspiration and legacy starts now, with how many kids I can impact and hopefully inspire, in order to make their dreams come true.

You have met some amazing people in your journey as a super fan, but who has been the most memorable?
For sure, one of my heroes, president Barack Obama. He just inspires you the second you are in the room with him. I will never forget when he saw me – his exact words were, ‘Hey, aren’t you the guy in Toronto that is always picking on my [Chicago]Bulls’? (Laughs) I will never forget that moment.

Tell us about your Superfan Foundation?
I just want to reach out and inspire today’s youth, keep them out of the bad things in life. Basketball gives you a team you can count on other than your neighbourhood gang. It gives you discipline. With my foundation I am building basketball courts and camps across Canada, the US and India. Hopefully, in the UK soon too.

What are your other plans?
I am focused on my foundation and my role as World Vision Canada ambassador – helping girls stay in school in India. Everything I have with this newfound stardom is all to bring attention to my foundation and help our kids.

Why do you love basketball?
Basketball changed my life. It brings people together. Even when I travel to opposing teams’ facilities, away fans greet me and want photographs. We are becoming one big happy family. What’s there not to love about that?

Why should we come watch your movie?
Aside from it being very well done, I hope people take away a different perspective on how to handle our differences. We live in a world where you are left or right [politically], but if we don’t meet in the middle, then sooner or later, we have all lost. I hope this movie inspires everyone to reach out to their neighbours who may not understand or agree with them. Like I said, my philosophy in life has been simple – treat everyone how you want to be treated yourself. This movie is what happens when you do. My life is a testament to that philosophy.