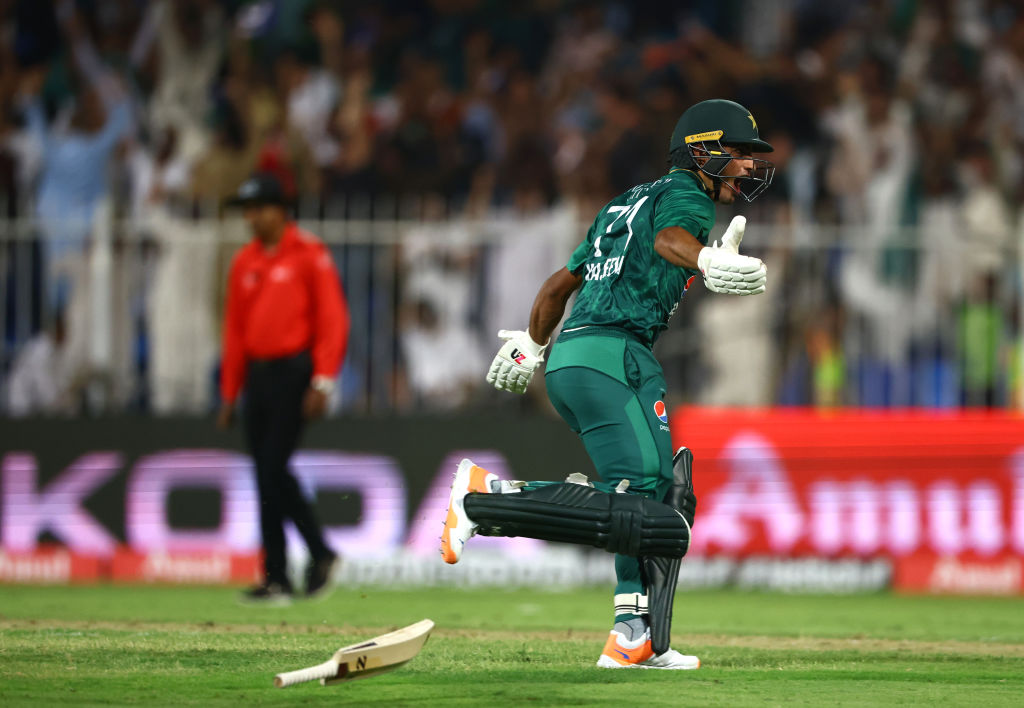 Following his side’s thrilling one-wicket win over Afghanistan in the ongoing Asia Cup 2022 in the Super Four phase, Pakistan all-rounder Shadab Khan said that the team was confident that bowlers could bat and Naseem Shah will remember those two sixes for rest of his career.

Team India is out of contention for the final as Naseem Shah’s two back-to-back sixes in the first two balls off the final over undid brilliant bowling by Afghanistan throughout the innings, securing a one-wicket win for Pakistan in a thrilling Super Four clash at the ongoing Asia Cup 2022 on Wednesday.

“We were confident that our bowlers could bat. Because they were batting for long, management had given them a role because you can need your bowlers to deliver with the bat sometimes. Naseem will remember these two sixes for the rest of his career,” said Shadab in a post-match press conference.

Shadab agreed that matches in the ongoing edition of the Asia Cup have been thrillers.

“I can play such matches, but cannot watch them,” he quipped.

On Asif Ali’s heated argument with Afghanistan bowler Fareed Malik that saw Ali raising his bat at him and the bowler shoving him, Shadab said, “These teams happen in heat of the moment. Because both of the teams are playing to win. These should be forgotten then and there only.”

Shadab expressed regret at his dismissal after playing a rash shot and said he should have finished the match.

“We should have finished the match much before. We were confident. Good teams should not undergo such collapses. I played a rash shot, I should have finished. I made a mistake. But if I get another chance, I will finish the game. We hope that such things do not happen again,” said the all-rounder.

Coming to the match, Afghanistan has been shown the exit door but they would be extremely happy with brilliant bowling from Fazalhaq Farooqi (3/31) and Fareed Ahmad Malik (3/31) despite posting just 129/6 on the board. They almost took their side towards a win but Naseem’s two sixes in the last over sealed a win for Pakistan.’ Iftikhar Ahmed (30) and Shadab Khan (36) posted valuable contributions for Pakistan. A final between Sri Lanka and Pakistan is set.