There is a lot more to Nakuul Mehta than his dashing good looks and ability to deliver a winning performance. The gifted actor is also a trained dancer, popular TV host and someone with a rapidly growing fan base.

He came to prominence with popular TV drama Pyaar Ka Dard Hai Meetha Meetha Pyaara Pyaara and is currently delighting fans with his knockout performance on hit serial Ishqbaaaz, which has consistently topped ratings since going on air last year. The talented all-rounder took a break from a busy schedule to talk about his journey as a performer, Ishqbaaaz, passions away from work, most memorable fan encounter and more.

Were you confident growing up as a kid?

My early years were spent travelling the length and breadth of the country owing to my father serving the armed forces, which also meant I changed 10 schools in twelve years. It made me accepting of people from different cultures and strata of society and also very adaptive to change. These were all traits that really helped me cope with my chosen field of work. On a daily basis I encounter over 150 lives working on my set in various capacities, besides many others who come to watch us shoot on set, media professionals. The list is endless. I think my travels through my early years have given me the confidence and ease to work around all kinds of people with a sense of comfort and peace.

When did you first get connected to performing in front of an audience?

It started with me narrating Santa-Banta jokes in front of my extended family on festive occasions. I managed to always gather an audience. Not sure if they were just being kind to a child or maybe I was funny enough. But that soon developed into me wanting to be on stage whether it was elocution/ debate in school or dance and drama. I believe my Naga Dance performance when I was in my fifth grade in an inter-school competition gave me my first sign of wanting to be connected to performing arts. It also helped that I was painted all blue and not many could tell if I danced amazingly well or sucked.

What made you get immersed in dance during the early days?

Watching Madhuri Dixit dance to Ek Do Teen and songs from Saajan made me want to be as graceful and smooth a dancer. Strangely enough she led me to picking up dance as a six-year-old. However it was training with Shiamak (Davar), Terence (Lewis) and Sandip Soparrkar that eventually further propelled my interest in dancing.

What led you towards acting?

The desire to be another person and feel and empathise with emotions, that weren’t necessarily mine was the driving force. I started with modelling for TV commercials and felt it was the easiest job in the world, which also paid rather well and required very little effort.

However only when I dug my feet into theatre is when I realised the desire to act had to be supplemented with the desire to really work on the craft. It needed way more patience and dedication than my teenage self had ever imagined.

How did you feel facing the camera for the first time?

My first real camera experience was shooting for a Sprite commercial with Satish Kaushik (director).

It felt like a breeze. He pampered me and took such great care of me that I felt I was born to do this. Only to realise later that it wasn’t going to be as simple as I thought.

When would you say you became confident in front of the camera?

I had done a fair amount of advertising and had some cinema experience before I ventured into mainstream TV with Pyar Ka Dard Hai in 2012. I thought everything I did prior to working on my debut TV show gave me the ease and confidence as an actor to hold my ground.

What was the whole experience of hosting for India’s Got Talent like?

To experience some of the best talent India has to offer and travel the country scouting for them has to be one of my fondest TV experiences. Jamming with Bharti was something that I enjoyed immensely and I also made some very close friends with the crew I worked with.

What has been the experience of working on your latest series Ishqbaaaz?

We have just completed a year of filming and to be fair, it has been one of my most challenging yet satisfying experiences as an artist. Jamming with the cast and crew each day in this past year has been a pleasure and taught me so much of my own ability to keep it going in the face of intense work pressures. I also feel far more equipped as an artist having come off a hugely successful show to take on the mantle of playing this role of Shivaay Singh Oberoi, which has been both challenging and hugely rewarding.

You work with great talent?

Yes also getting to work with some very bright talent, off and on camera and learning and evolving through the process is something I look forward to each day. We have a fantastic ensemble cast and it’s a pleasure filming scenes with them each day. However all of this gets multiplied manifold because of the overwhelming love we receive from the audiences for the work we do on the show. We have been the number one show in UK and US from inception and consistently hitting the Top 10 charts in India.

What is the biggest challenge of playing your character?

It has been my most enjoyable character on television, yet. Playing Shivaay Singh Oberoi has been a melange of emotions for me personally. On purely morals and values it’s a character I have many issues with, but to play it without judging it had to be my greatest learning in this process.

How do you cope with the very tough and demanding schedule of television?

I have stopped making a big deal of it and that’s my antidote to working around it. I consider it a professional hazard and just like a specialist doctor or an investment banker find very little time to themselves. In the very same way to be part of a show that is loved all over the country and the world especially with the sub-continental diaspora is both a position of great privilege and responsibility. Hence insane hours are something I consider a small sacrifice for living the dream.

Do you get any free time and if so what are your big passions away from work?

You never get free time, Asjad. One needs to steal time from the daily schedule. I love travelling and however hard it might be I make sure I travel every couple of months, even though it is never more than three days at a stretch. I also love watching cinema and trying different cuisines. It happens much less than I’d like it but I still manage.

What would be your dream role?

I’d love to play a warrior prince at some point of my career. It would be interesting to play a historical character and I am looking forward to that challenge. I would probably need a lot of physical and mental homework, but I’m happy to dive into it.

If you could have worked with any actor living or dead who would it be?

I would give my left arm and right kidney to have worked in the era of Madhubala and Dilip Kumar. If I lived in the west in my past life, jamming with Brando on a film set would have been fantastic.

What is your all time favourite movie?

Pursuit of Happyness is one of my favourite movie experiences. I absolutely love the Smiths in the movie and that climax is something I can keep watching.

Apart from your own, what are your favourite TV shows?

To he honest, when you are filming a TV show, it is rare you get to watch another show. But in the Indian television space, I grew up loving Jassi Jaisi Koi Nahin. I also am an ardent fan of Entourage and Friends is something I could forever watch.

Can you see yourself returning to your dance roots with stage shows or maybe a reality TV show?

I would love to dance more than I do right now although I don’t see myself taking up a reality show in the near future as my priorities are straight. To act, host and produce.

What is your favourite dance form?

I enjoy Latin ballroom. Although I miss doing the rumba and waltz since very rarely does Indian television or cinema use these forms.

Tell us something not many people know about you?

What is the best advice anyone ever gave you?

To breathe! And I don’t mean it in just the literal sense of the word.

What has been your most memorable fan encounter?

This wheelchair-bound old lady I met in London whilst promoting Pyar Ka Dard Hai. She wouldn’t let me go, hugged me and invited me to her home telling me how I was a very important part of her life. I didn’t know how to respond to that warmth and love, but was just thankful for being able to touch her life even without doing anything tangible. That’s the power of good shows and strong characters and I am bloody fortunate to have received them with both my shows, Pyar Ka Dard Hai and now Ishqbaaaz.

Give us a message for your fans.

I don’t have a message, only love and gratitude for them. My constant endeavour is to evolve and be better at what I do and in the process spread love and kindness while we are at it. 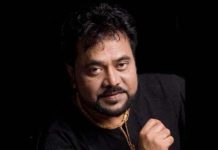 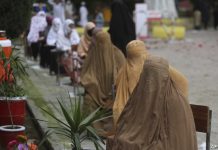 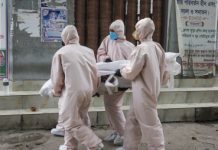