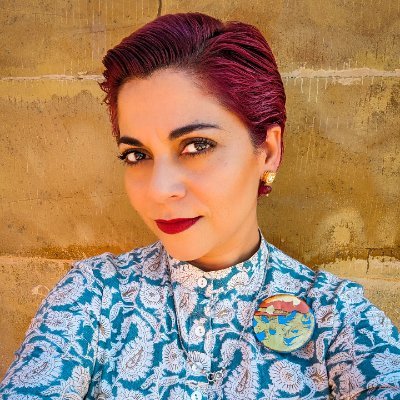 With Tesla CEO Elon Musk’s recent takeover of Twitter, there has been much talk about the changes that will be coming to the micro-blogging site following its acquisition. However, amidst all this, India’s first Twitter user has some thoughts to share about the platform’s evolution and the new changes.

In the era of Orkut and blogging when Twitter was not officially launched, a girl got an email in 2006 from TWTTR (code name of the Twitter project) to join a new platform. She joined it and became the first Indian Twitter user before the platform’s official launch. That girl was Naina Redhu, who currently works in a hotel in Jaisalmer and has done about 1,75,000 tweets till now. ANI spoke to her and learned how much Twitter has changed since the time she joined and what she feels about the changes following Elon Musk’s acquisition.

“I remember, I had received an invitation through e-mail from Twitter and at the time it was named TWTTR, now the spelling has changed. I joined it thinking let’s sign up and explore, it was just a coincidence and I had no idea that it will become such a big platform in future,” said Naina as she recalled the time she first joined the platform.
She spoke about her experience of being the only Indian on Twitter and continued, “At that time there was no one from India and whatever chats I had seen most of them were from Twitter employees or their friends. They used to message each other. Back then I was working in Mumbai and I used to feel what can I even talk to them about. This was a reason why initially I did not use Twitter for about one and a half years because I thought it was just another platform.”

Naina’s Twitter bio which introduces her as a “Photographer, Artist & Experience Collector,” nowhere mentions her being the first Twitter user in India.

Addressing this she says, “Since this is not an accomplishment and was just a coincidence, I don’t think this is something worth mentioning in my bio because I have not worked hard for it. I had gotten to know about it (being the first Indian Twitter user) when someone from the USA had written an article about the first 140 Twitter users. My name was on that list.”

Naina is an active Twitter user and her profile also has a blue tick, which has been a major topic of discussion these days as Musk had said that if users want a blue tick, they will have to pay $ 8.

Revealing whether she will be among the ones who pay, Naina said, “Currently, there is no clarity regarding what the money is being charged for. Whether the meaning of the blue tick will remain the same as it is now or will it change? Only once there is some clarity regarding this then only will I be able to make a decision.”

“It’s a private company and the reason they started giving the blue tick to users was to verify that it’s the real account of a public figure. And if I have not paid for this in the past 16 years then why should I now,” she added.

Naina also shared her thoughts on what effect will Twitter’s blue tick decision will have in India. “I don’t feel there will be any effect because having a blue tick in general is not a necessity. Further, people who need it and can afford will simply buy it and the general public will also not be affected. But I do feel people who work independently like in journalism and cannot afford, might be affected.”

Further, she talked about what she feels regarding the freedom of expression through Twitter, “I feel the freedom of expression in a country is not related to Twitter. Though it has become a platform now where we see news and check what is happening around the world but there is also a lot of fake news around. I think relying on Twitter is not the right way, we should do our own research. The problem is that since we all are busy and can’t do the research across platforms hence we do depend on Twitter.”

It has almost been 2 decades since Naina first joined the micro-blogging platform and in that time period along with the world, Twitter too has gone through a myriad of changes even before its recent takeover.

“A lot has changed. Earlier, it was a close-knit community and you could talk to people openly. We used to talk about our daily lives and what has been new. It was not about who is reading our tweets. Now, I feel people think a lot before posting on Twitter and my usage of the platform has reduced significantly. Whenever I use it, it’s for work,” says Naina.

In her 16-year-long Twitter journey Naina has amassed around 22,000 followers which does not seem a lot though among them are celebrities. However, for Naina it’s all about quality over quantiy.

She says, “I have never been interested in increasing numbers in the name of followers. If I wanted that then there are facilities to buy fake followers, do PR and all that. But for me, it was always about who is following me. That one person who is talking to me, I know them, whether they can teach me something new, I am more interested in that and not in numbers.”

In today’s time, all of us use multiple social media platforms. While some use it for a wider reach, others use it to simply stay connected with the world. Similarly, Naina too uses several social media sites, “I have accounts on Twitter, Instagram and Facebook. Apart from that, I have my blog. When TikTok came to India I made an account on it and also on Snapchat, though I don’t use them. I am also on LinkedIn and Pinterest.”