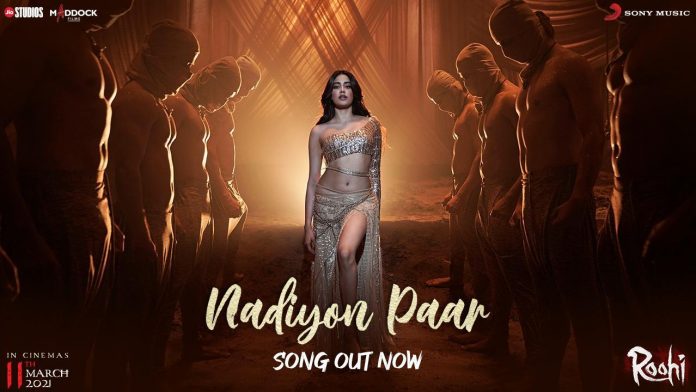 After impressing us with the trailer and the song Panghat, the makers of Roohi have now released a track titled Nadiyon Paar. It’s a recreated version of a popular track which was composed by Emanuele Marascia and Alessandro Murru.

The new version has been composed by Sachin – Jigar, and sung by Shamur, Rashmeet Kaur and IP Singh. Jio Studios took to Twitter to share the song with everyone.

Well, it’s a peppy track and a perfect party anthem. The song features Janhvi Kapoor and she is fantastic in it. The actress’ is looking damn good in the ultraglamorous avatar, and after Panghat, goes a step ahead to impress us with her dance moves.

Directed by Hardik Mehta, Roohi also stars Rajkummar Rao and Varun Sharma in the lead role. It is slated to release on 11th March 2021. Pranab Kapadia’s Moviegoers Entertainment Limited will be releasing the film in international markets like the US and Gulf, and later in the UK when the cinemas reopen.

Well, Roohi is the first Bollywood biggie to hit the big screens. The trailer and the songs have created a good pre-release buzz. Now, let’s wait and watch what response the movie will get at the box office.