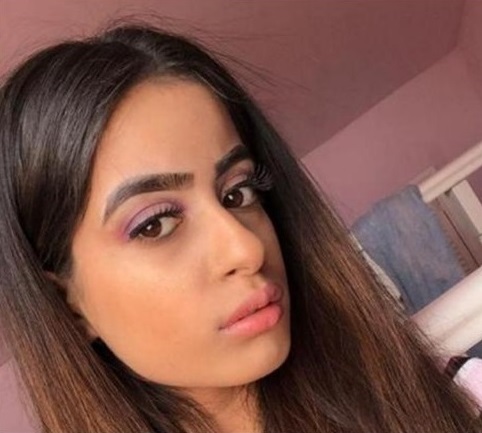 The family of Nadia Sharif, 17 who took her own life at West Lane Hospital in 2019 amidst a slew of mental health failures has called for changes so that patients at the hospital are not treated like “locked-up animals”.

An investigation into the deaths of Nadia, and two other teenagers Christie Harnett, 17, and Emily Moore, 18, identifies 119 failings and exposes shocking failures in NHS mental health services and social care which led to their deaths.

The three teenagers reportedly took their own lives between June 2019 and February 2020.

All three girls had been diagnosed with complex mental health needs and were patients at West Lane Hospital, Middlesbrough.

Also, all three teenagers were being treated by Tees, Esk, and Wear Valleys NHS Foundation Trust (TEWV) when they died.

Nadia who was from Middlesbrough supposedly took her own life two months after Christie Harnett, died. Christie had also apparently written reassuring notes to Nadia, which their families reportedly shared with the BBC.

She wrote, “I know right now things are really tough for you but I would just like to say they’ll get better.”

According to The Northern Echo, Nadia was diagnosed with an autism spectrum disorder. The teenager was a technically gifted mathematician and loved theme parks.

Her younger sister Anem Sharif who is 17 herself, reportedly said she wanted further investigations to take place.

However, three independent investigations were carried out to investigate the care and treatment the three girls received at the hospital.

The reports which were released on November 2 highlighted shocking failures in care.

The report regarding the care and treatment Nadia received referenced “unstable and overstretched services” in the hospital. It also suggested that the failings were “multifaceted and systemic”.

It further states that the organisation’s failure to mitigate the risks of self-harm, combined with a lack of support for the girl’s individual needs were the “root causes” of her death.

CCTV footage of Nadia being ‘dragged’ down a corridor backward was also uncovered by investigators.

In another report, Emily had reported being sworn and shouted at by healthcare staff while Christie was confined, and her outfit cut from her, placing her in strong clothing, the Mirror informs.

The three reports also highlighted poor management, failures in responding to concerns from patients and staff, and staffing issues.

Nadia’s sister Anem told BBC Radio Tees, “I thought she was in that hospital being cared [for] and looked after – but actually, the reality was it was the opposite.”

She adds, “They need to train staff, they need to look after patients and not treat them as if they are animals locked inside.

“I feel like if this was a normal hospital it would have been dealt with so severely but – when it’s a mental hospital – no one is looking into it as deeply as they should.”

The report laid bare 120 failures that the three teenagers who died encountered.

Nadia’s father Hakeel is reported to have said that the family has been “let down” and he is shocked by “so many failures”.

He is quoted as saying, “There are so many errors, they made a mistake so many times.

“Nobody was trained for autism. Every time they were saying, she’s not in the right place.”

Anem remembers her sister Nadia as “the most outgoing girl” who liked shopping and taking selfies with her.

“I feel I just want to reach my full potential because she can’t now,” she said.

“She hasn’t been able to see me grow; I passed my exams and she didn’t get the chance to do that.”

Speaking about her sister she said, “She had a voice even though it was shut down – I feel people should look up to that, if there’s a problem speak up about it. Even at her worst time, she tried to get her voice heard.”

After the release of the three reports, the TEWV admitted the hospital had “unacceptable failings” and has apologised unreservedly.

The government also reportedly apologised for “the failings in the care that they received.”

Health minister Maria Caulfield reportedly told MPs “The findings from the investigation into the deaths make for painful reading and the death of any young person is a tragedy, and all the more so when that young person should have been receiving care and support.

“My thoughts and I’m sure the thoughts of this whole House are with their families and friends, and I want to apologise for the failings in the care that they received.”

West Lane Hospital which closed in 2019 following the deaths of the three teenagers, has now reopened under another name, with specialist services for children and youngsters managed by a different health trust.