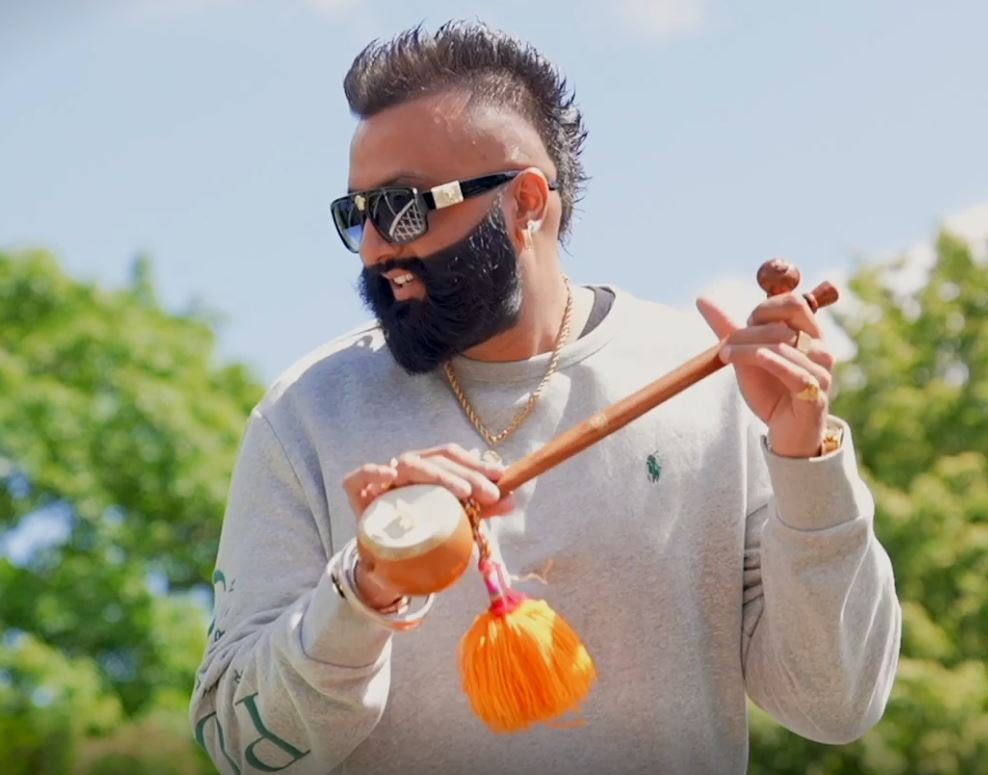 Talented bhangra folk singer Milan recently released his second track Green Eyez. It follows on from his accomplished 2021 debut single Bai Chamkila and shows that he is a British talent to look out for.

Eastern Eye found out more about the fast-emerging music star by getting him to select 10 songs he loves.

GT Road by Kuldip Manak: This is one of Kuldip Manak’s first songs that got me hooked on to that raw folk desi sound. From this point onwards, I wanted to be a part of this music genre and help keep it alive. The live instrumentation in this song and the history that goes with it make it very inspiring.

Pehle Lalkare Naal by Amar Singh Chamkila: Like GT Road, I was instantly hooked on to this song and the way it was sung. The evergreen classic is loved by everyone who is a fan of Punjabi folk music. This was also the very first song that inspired me to get into singing and keep Chamkila’s memory alive. I consider his voice and music to have mentored who I am today.

Udham Singh by Kuldip Manak: There have been many remixes of this fam­ous song about Sardar Udham Singh and his travels to London to avenge the massacre of Jallianwala Bagh. The song tells a story and is sung in a magical way that only Kuldip Ma­n­ak could have done. I consider this track educational for future generations.

Jogi by Muhammad Sadiq: This track always has a sense of nostalgia around it whenever I hear it, as it was one of the first tracks that got me listening to Muhammad Sadiq and his unique style of singing. I have sung this a few times myself at private parties and I really enjoy the vibe that it brings.

Putt Jattan De by Surinder Shinda: A classic that everyone knows and is constantly played at parties. It gets you in the spirit to dance. The track from the Punjabi film of the same name takes me back to a time when film classics were the only way to see how Punjab used to be.

Badla Ley Lehi Sonhniya by Surinder Shinda: I first heard this song in the 1990s from an old, recorded VHS, where it had been performed at a mela in Punjab. I totally loved the style and composition. It has been stuck in my head ever since. Like many classics, this was also taken from a Punjabi film.

Ran Bottle Wargi by Kartar Ramla: This is another song that has had its fair share of remixes and been sung by different singers. It’s taken from a time where what you could sing about in a song wasn’t limited to being romantic.

Dhoka Ney Kamai Da by Amar Singh Chamkila: This song is related to issues in everyday life between friends and family. It generally sends out a positive message that you shouldn’t double cross friends and to always think good thoughts. Although not a dance number, it is up there in terms of famous folk tracks.

Mundiyan De Kana Vich by Silinder Pardesi: I instantly fell in love with the lyrics about the whole culture and fashion of Punjabi music that went with it when I first heard it. It later took me down the path of getting my ears pierced and I have never looked back since. The wearing of hoops became synonymous with bhangra music and culture after this track hit the market.

Tere Tille Ton by Kuldip Manak: This song takes me back to my youth, growing up hearing it, and other Kuldip Manak songs from my grandad, who was an avid fan. I knew all the words to this song and could recite it whenever needed. It’s another evergreen folk classic that will stand the test of time.