‘My motive of making the world laugh is fulfilled…’: Pakistani Mr Bean reacts after Zimbabwe President and Pakistan PM tweet about him 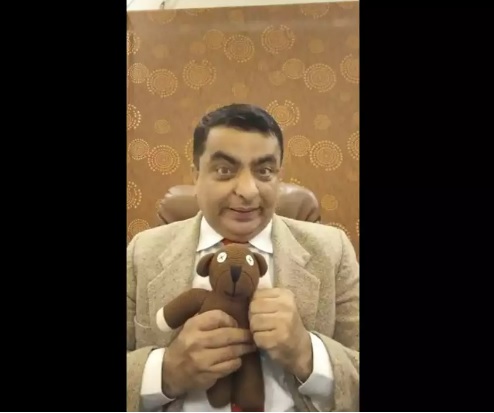 Pakistan’s own ‘Mr Bean’, Asif Muhammad, has finally spoken out after Pakistan lost a nail-biter to Zimbabwe in a T20 World Cup by one run.

“I am a duplicate but if the Zimbabwe President and Pakistan PM can talk about me wishing each other after Zimbabwe’s win, my motive of making the world laugh is fulfilled,” Pakistani Mr Bean said.

On Friday (October 28) after Zimbabwe President made a scathing attack on Pakistan in his cryptic congratulatory tweet for his country’s win in T20 World Cup, Pakistan Prime Minister Shehbaz Sharif responded with a subtle dig.

Pakistan’s comedian Asif Muhammad, a doppelganger of Mr Bean had travelled to Zimbabwe in 2016 posing as the actual Mr Bean, who actor Rowan Atkinson originally plays.

Pakistan Cricket Board uploaded a post on its official Twitter account of the team’s players’ practising before the Zimbabwe match, to which a Twitter user, named Ngugi Chasura responded by saying, “As Zimbabweans, we won’t forgive you…you once gave us that Fraud Pak Bean instead of Mr Bean Rowan ..we will settle the matter tomorrow just pray the rains will save you…#ZIMVSPAK.”

Pakistan’s over-reliance on their opening batting pair came back to haunt them as Zimbabwe pipped them in a low-scoring thriller by one run to clinch their first Super-12 win of the ongoing T20 World Cup on Thursday at the Perth Stadium.

Pakistan made a mess of a paltry chase as they suffered a batting collapse and left their bowlers to chase and win the match for them. All-rounder Sikandar Raza took three wickets in a short span to dismantle the chase.