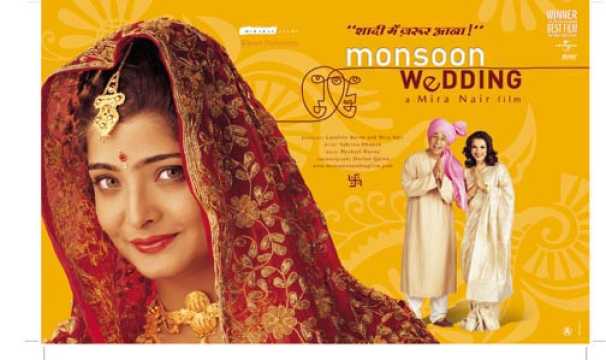 The musical version of acclaimed filmmaker Mira Nair’s 2001 hit comedy-drama Monsoon Wedding premiered in Doha as part of Qatar Creates’ cultural programme for the FIFA World Cup Qatar 2022 and beyond.

Sheikha Al Mayassa bint Hamad Al-Thani of Qatar Creates Events, which is presenting the show, had earlier said, “Monsoon Wedding is a story that inspires debate about the nature of life, identity, and our place within an ever-changing world.”

As per reports, shows of the film will run every day until November 27 with two additional shows on 23rd and 26th at Abdul Aziz Nasser Theatre, Souq Waqif.

Talking about the film, Mira Nair said, “This is a celebration of family, laughter, joy, and also of silence and the other side of life. And it is (a story of a) family which is such a universal force in all of our lives.”

Sharing her excitement over the fact that Qatar is hosting the world premiere of her musical, she added, “I love to be in Qatar today because this is a culture and home of many cultures and so is our musical Monsoon Wedding where people have crossed borders, crossed countries to find love, so thank you for this invitation.”

She continued, “In the beautiful collision that is Monsoon Wedding, the bride and the groom meet across oceans, both having their own vision of India and America. At its core, our story is about love. I think of the musical as imbuing four kinds of love: what I call “old shoe love” – the neglected love between the father and mother of the bride that is rekindled again; the love that is arranged but could ignite – the love between the groom and the bride; the nonmaterial, pure love over a flower – of Alice and Dubey, the maid and the tent man. And unfortunately, the twisted love that has never been love at all but has afflicted so many lives,” she said.

The red carpet for the premiere saw the attendance of the original cast of Monsoon Wedding, including Lillete Dubey and Tillotama Shom. Acclaimed actress Tabu and noted music composer and director Vishal Bhardwaj were also present at the premiere.