Mother India: Story behind a classic 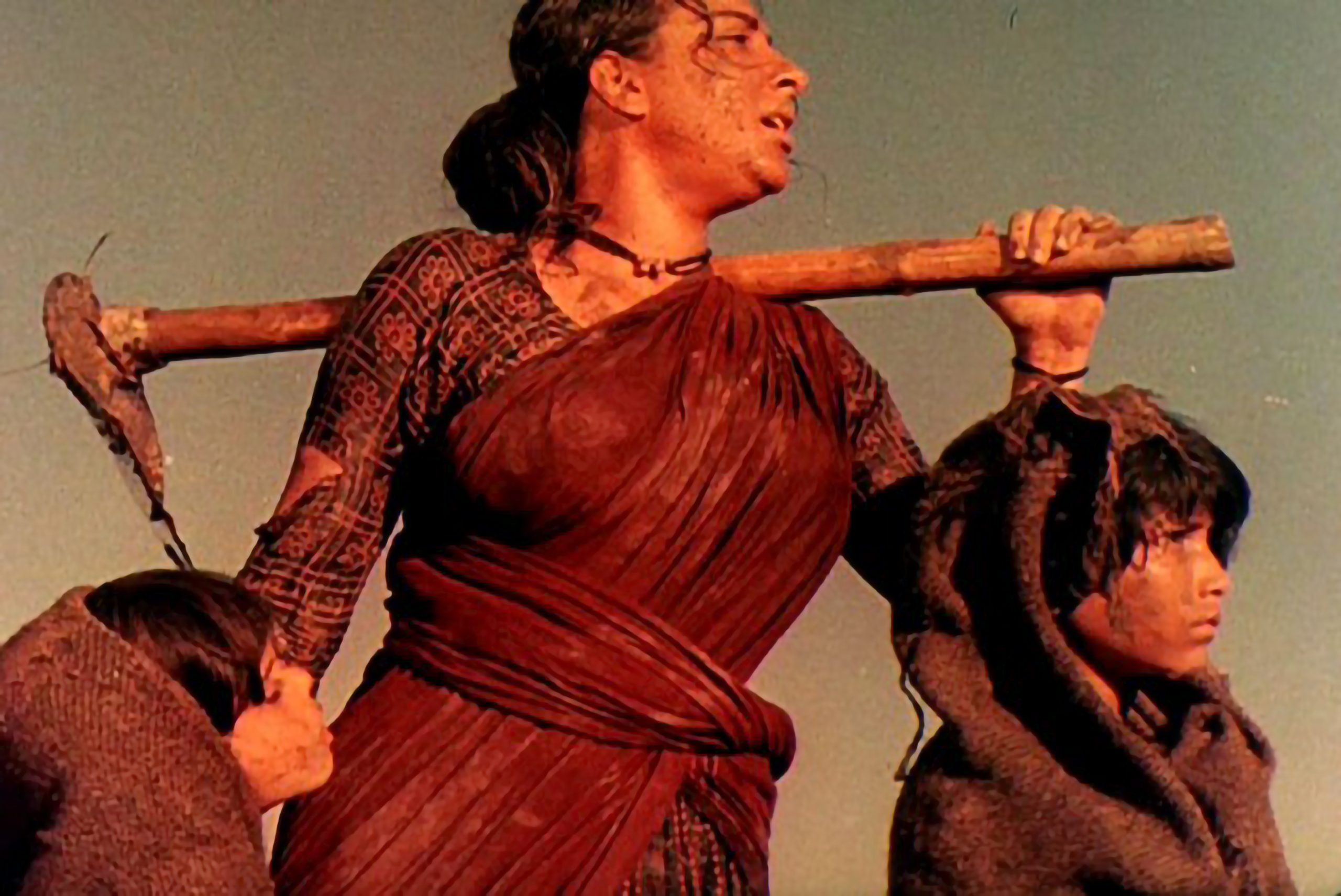 When Mother India released on October 25, 1957, it had the kind of impact that no other
Bollywood film ever made before.

The beautifully made classic about a woman fighting against the odds to raise her family and then doing the unthinkable became the highest grossing Indian film at the time. The greatest ever Diwali release was also the first Indian movie to get an Oscar nomination, along with winning multiple honours that included a National and Filmfare award for Best Film. The many achievements also included incredible performances, memorable moments, marvellous music, and the fascinating journey towards getting it made.

At the centre of it is arguably the most famous female character in Hindi cinema history and as actress Vidya Balan once perfectly explained, “When you think of a strong woman of Indian cinema the one name that comes to your mind is Nargis from Mother India.”

To mark the movie’s 65th anniversary this week, Eastern Eye looked back at the making of an all-time classic and its fascinating behind-the-scenes story.

The legend of Mother India started with writer-director Mehboob Khan. He had worked as an assistant on films during the silent era and dreamt of becoming a big star. He commenced an acting career, but just missed out on star-making roles like India’s first talkie Alam Ara (1931), and then made the move to directing with ambitious costume drama Judgement Of Allah (1935), which also had the title Al Hilal. He developed an early interest in strong female characters and made the film Aurat (1940), which was inspired by best-selling book The Good Earth (1931) and its 1937 Hollywood adaptation of the same name.

In the decade that followed, Khan became a successful director and delivered films like legendary love triangle Andaz (1949), which became the highest grossing Bollywood release of all time. He followed that up with India’s first technicolour film Aan (1952), which broke his own box office record set by Andaz.

Despite reaching great heights with mega-budget movies, the story of his black and white classic Aurat remained with him. In 1952, he decided to remake it on a much bigger canvas as Mother India. He bought the remake rights for a record-breaking amount and commenced work. The title was taken from a 1927 book titled Mother India by American author Katherine Mayo. The controversial book had attacked every aspect of Indian culture and wrote against demands for independence from British rule. He decided to reclaim the title of the much-hated book, and put out a press release, with the now legendary lines, “There has been considerable confusion and misunderstanding in regard to our film production Mother India and Mayo’s book. Not only are the two incompatible, but totally different and indeed opposite. We have intentionally called our film Mother India, as a challenge to this book, in an attempt to evict from the minds of the people the scurrilous work that is Miss Mayo’s book.”

Despite Bollywood films being black and white during the 1950s, the big thinking writer-director was determined to make it in glorious technicolour, with the biggest ever budget given to a film at the time. Although the story of Aurat remained the same, more weight was added to the female character, and India now being independent led to themes of nationalism and nation-building being added.

His first choice to take on the lead role was Bollywood’s reigning queen Nargis. Although she had made her lead debut with Khan’s film Taqdeer (1943) and become a superstar with his film Andaz six years later, Nargis had been prevented from working with him because of her close relationship to rival filmmaker Raj Kapoor. But their affair had come to an end, and the 26-year-old agreed to take on the monumental role that would see her go from being a young woman battling against incredible odds to an older woman with grown sons.

Khan had worked with Bollywood’s biggest male star Dilip Kumar on his previous three films and wanted him to portray rebellious son Birju. But Kumar wanted to play the son and father in a double role, which the director didn’t agree to. Nargis also objected to the actor playing her son because they had acted as a romantic couple on-screen.

Khan turned his attention to Hollywood and tried casting Sabu Dastagir, but despite the internationally successful actor being India-born, he couldn’t get a work permit. Meanwhile, Jagdeep was making his name as a child star and was signed up to play the incendiary role, but after a few days of shooting Khan realised he didn’t have the intensity required. Those instincts were right because Jagdeep would later go on to become one of the finest comedians in Bollywood history.

Frustrated at not being able to get a big marquee name to see his vision, Khan shocked everyone by casting unknown hopeful Sunil Dutt. During filming, Dutt would save Nargis from a fire and the two would fall deeply in love. They wanted to marry immediately, but the angry director asked them to keep the relationship a secret until well after the movie released because they were playing mother and son. Marriage was definitely not an option.

Slum dweller Sajid Khan was selected from a lorry load of poor children to play the young Birju. He was later adopted by Khan and would headline the less successful Mother India sequel, Son Of India (1962).

Relative unknowns Rajendra Kumar and Raaj Kumar were cast in the other key roles. Actor Kanhaiyalal had played the villainous Sukhilal in Aurat and reprised his role for the remake.

Bollywood’s number one music director Naushad was brought in to mastermind the soundtrack, which would regularly be listed as one of the greatest and most influential in Hindi cinema history.

Filming started by 1955, before the screenplay was finalised. The master filmmaker put everything into his dream project, from shooting it in 35mm colour to flooding 500 acres of farmland for a scene.

The budget spiralling out of control meant the filmmaker was drowning in debt and ran out of funds. But members of the movie industry, including popular actress Nimmi, came forward and gave him the money needed to complete it.

He finally overcame delays, dramas and new challenges not seen in Indian cinema to complete the movie. It was supposed to release on August 15, 1957, to commemorate 10 years of Indian independence, but wasn’t ready and finally premiered at the Liberty cinema in Mumbai on October 25, where it ran for more than a year.

Mother India broke all records and remains one of the most watched movies in history. It was dubbed in multiple languages, including Russian, French, and Spanish, and a shorter version with English sub-titles was also released overseas. It made further history by becoming the first

Indian language feature to get an Oscar nomination in the Best Foreign Language Film category. Khan had no money to attend the Oscars and market his movie there, so had to get help from India’s then prime minister Jawaharlal Nehru to make the trip.

There was a hammer and sickle in the opening sequence to reflect the producer’s company, but that was removed because it would have communist connotations in America, when campaigning for the Oscars. When Khan realised Mother India had just missed out on an Oscar to Italian film Nights of Cabiria (1957) by one vote, the filmmaker was hospitalised with a heart attack.

Mother India would go on to influence many all-time classics that were released in subsequent decades, including the endings of iconic Hindi films such a Ganga Jumna (1961), Deewaar (1975) and Shakti (1982).

Despite being the hottest property in Indian cinema, Nargis married co-star Dutt and retired from acting. Dutt, Raaj Kumar, and Rajendra Kumar would go on to become huge stars.

Mother India would be the crowning glory of Khan’s glorious filmmaking career and become a jewel in Bollywood’s crown, which still glistens today.

Ace writer Javed Akhtar perfectly summed up things and once said: “The canvas of the story is huge and there is something so very Indian about it. Mehboob Khan himself was from a small village in the Kathiawad region in Gujarat, and he was quite familiar with its culture and landscape. Therefore, the smell of the soil, the feel of the fields and the breeze of the villages, everything quintessentially Indian, is all there in the film.”

■ The film was one of the first to use western classical music and Hollywood-style orchestra for the soundtrack, which would influence others to do the same.