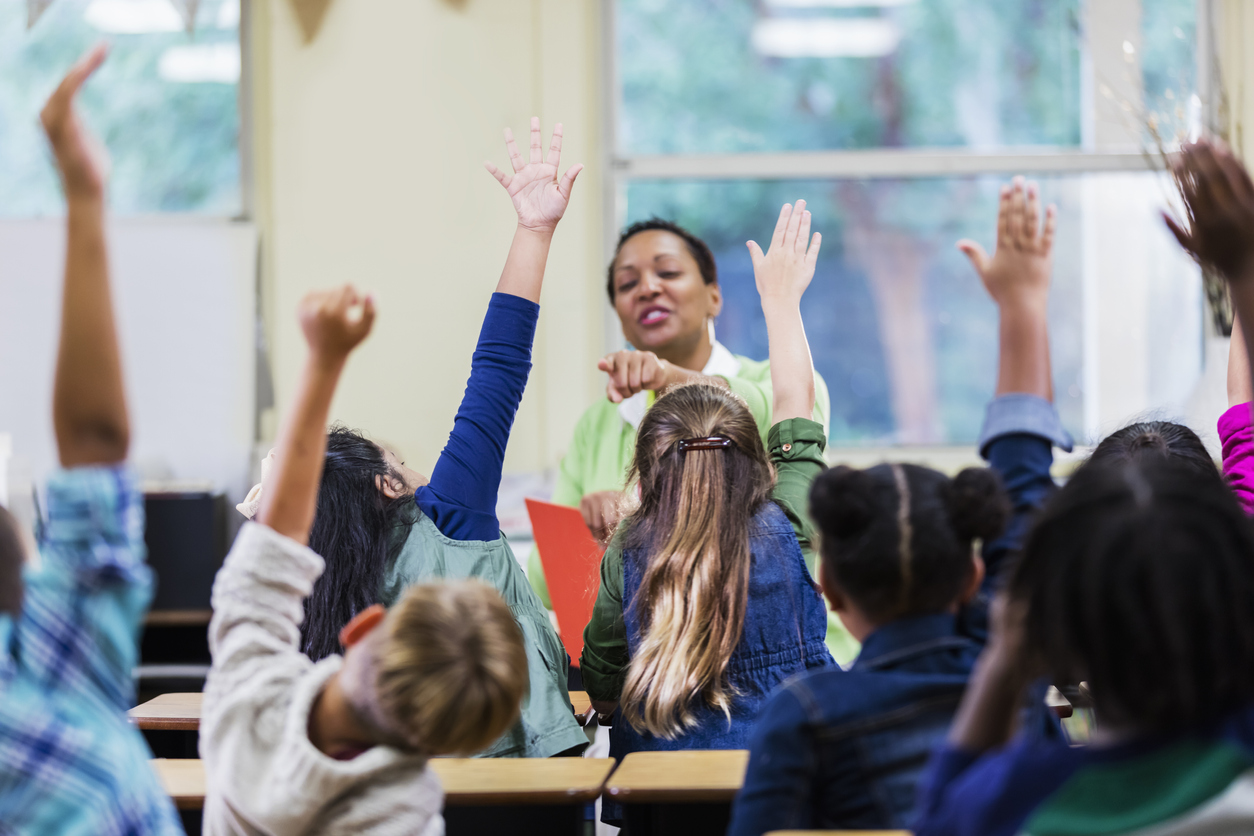 An African-American teacher, a mature woman in her 40s, sitting in front of her class of elementary school students, 6 and 7 years old, reading a book. She has asked a question and all of the children are raising their hands. They are in first grade or second grade. The focus is on two of the girls.

Minneapolis Public Schools (MPS) has stood by its policy of prioritising the retention of educators of underrepresented backgrounds while determining layoffs, saying aimed at remedying “the continuing effects of past discrimination”.

The American public school district’s agreement with the Minneapolis Federation of Teachers (MFT) stipulates that teachers belonging to “populations underrepresented among licensed teachers in the district” may be exempt from district-wide layoffs outside of seniority order.

It is a deviation from the traditional “last-in, first-out” system.

The prioritisation policy follows the introduction of the Increase Teachers of Colour Act which seeks to “increase the percentage of teachers of colour and American Indian teachers in Minnesota”.

The objective of the legislation is to ensure that “all students have equitable access to effective and racially and ethnically diverse teachers who reflect the diversity of students”.

Critics feel that layoffs should be based on merit, not seniority or race.

Earlier, a memorandum of agreement between MPS and the American Indian Community of Minneapolis, represented by the Metropolitan Urban Indian Directors recognised that the education of American Indian children continued to present significant challenges to the school district due to the disconnect between American Indian cultural values and practices and western paradigms of education.