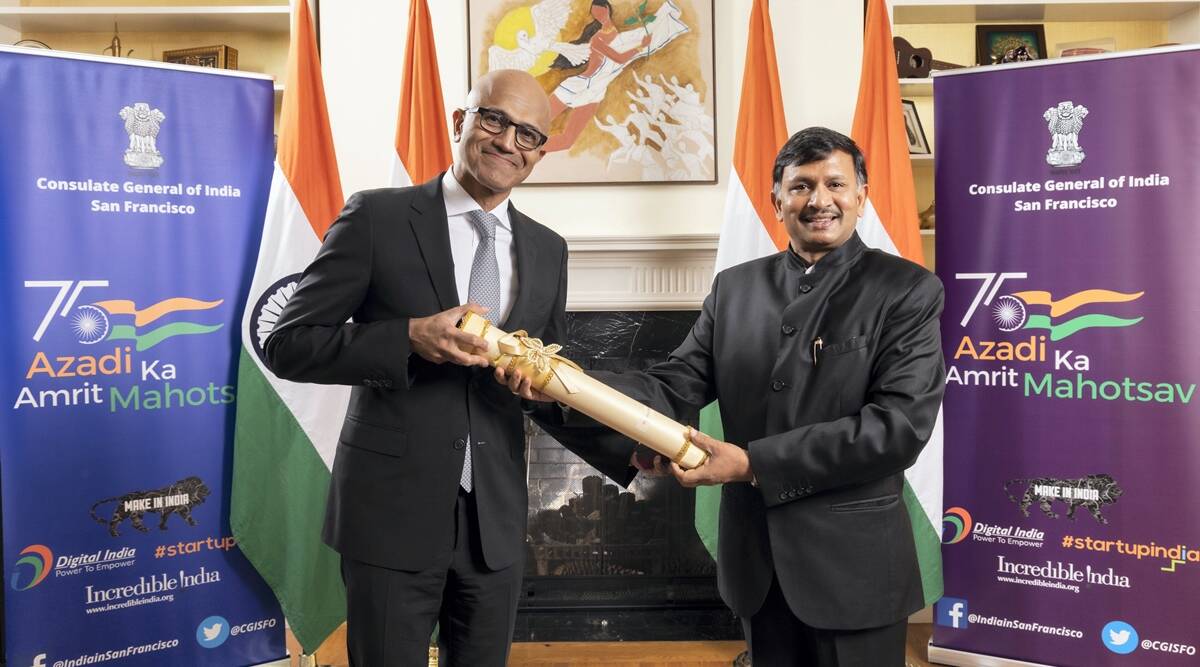 Microsoft CEO Satya Nadella has said it is an honour for him to receive the Padma Bhushan, the third-highest civilian award and he looks forward to continuing to work with people across India to help them use technology to achieve more.

The 55-year-old CEO of Microsoft was named one of 17 awardees earlier this year.

On receiving the award, Nadella said: “It’s an honour to receive a Padma Bhushan Award and to be recognised with so many extraordinary people. I’m thankful to the President, Prime Minister, and people of India, and look forward to continuing to work with people across India to help them use technology to achieve more.”

During the meeting, Nadella discussed with Prasad the critical role digital technology plays in empowering inclusive growth in India. The discussion focused on India’s growth trajectory and the country’s potential to be a global political and technology leader, according to Microsoft

“We are living in a period of historic economic, societal and technological change,” said Nadella following his meeting with Dr Prasad.

“The next decade will be defined by digital technology. Indian industries and organisations of every size are turning to technology to help them do more with less, which will ultimately lead to greater innovation, agility and resilience,” Nadella said

Hyderabad-born Nadella was named CEO of Microsoft in February 2014. In June 2021 he was also named the company’s Chairman, an additional role in which he will lead the work to set the agenda for the board

Nadella plans to visit India in January 2023, his first visit to the country in nearly three years, Microsoft said.