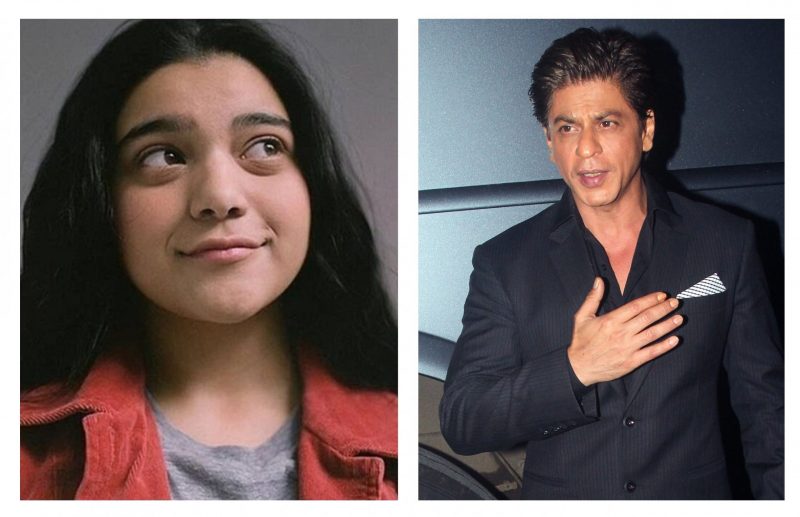 The first reactions to Ms Marvel, the upcoming Disney+ series, are in and social media users are over the moon to find out that Marvel Studio’s newest superhero is a bona fide fan of Indian superstar Shah Rukh Khan.

Critics from select international publications were given access to the first two episodes of the six episode-series, fronted by newcomer Iman Vellani who plays Kamala Khan aka Ms Marvel, a Pakistani-American teenager growing up in Jersey City, US.

Quoting a dialogue from Ms Marvel, California-based film critic and journalist Courteney Howard said the series had already become her favourite after the makers brought up Shah Rukh’s name and films, such as Baazigar (1993) and Dilwale Dulhania Le Jayenge (1995), in the show.

“They shout-out BAAZIGAR, DDLJ, and SRK (There’s no such thing as a bad Shah Rukh Khan movie?) in #MsMarvel episode 2 so *obviously* it’s the best Marvel series ever,” Howard tweeted.

London-based Haroon Rashid, entertainment reporter at the BBC Asian Network, said as a South Asian he was happy to see Shah Rukh finding a mention in the show alongside Pakistani singer-songwriter Hasan Raheem’s song “Peechay Hutt” being included in the soundtrack of Ms Marvel.

“LOVED the first 2 eps of Ms Marvel. This is the South Asian rep (representation) I want to see. Sugar-coated saunf (fennel), dialogue about @iamsrk’s best film, a soundtrack including @hasanraheeem’s Peechay Hutt. Kamala Khan is unapologetically brown and I LOVE IT,” Rashid wrote on Twitter.

“Loved the first two episodes of #MsMarvel it exceeded my expectations. The fact that SRK even got a mention feel very proud to see our South Asian culture being represented in the right way on the big screen defo one to add to your watch lists! @weareMediaHive (sic),” she added.

Once the tweets started going viral, many fans of Shah Rukh said they are now looking forward to watching Ms Marvel.

“Man this preview already has me psyched for all of the desi rep we’re gonna get in the #MCU from #MsMarvel Can’t believe we’re getting references to @iamsrk AND a @cokestudio performer!!” a user wrote.

“It trips me out that we now have an #MCU project that features not one, but two scenes with characters discussing #ShahRukhKhan @iamsrk’s filmography. #MsMarvel #KamalaKhan @MarvelStudios.”

Not just Shah Rukh fans, admirers of Indian actor-filmmaker Farhan Akhtar and Pakistani stars Fawad Khan and Nimra Bucha are also in for a treat as the trio is part of the Ms Marvel ensemble cast. “Hostages” actor Mohan Kapur features in the show as well.

According to the official plotline, “Kamala is an avid gamer and a voracious fan-fiction scribe with an oversized imagination — particularly when it comes to Captain Marvel (played by Brie Larson in MCU). Yet Kamala feels she doesn’t fit in at school and sometimes even at home, until she gets superpowers like her idols.”

Ms Marvel was created by G Willow Wilson, artiste Adrian Alphona, and editors Sana Amanat and Stephen Wacker with the teenage superhero first appearing in the comics in 2014.