Manish Tiwari receives The Freedom of the City of London title 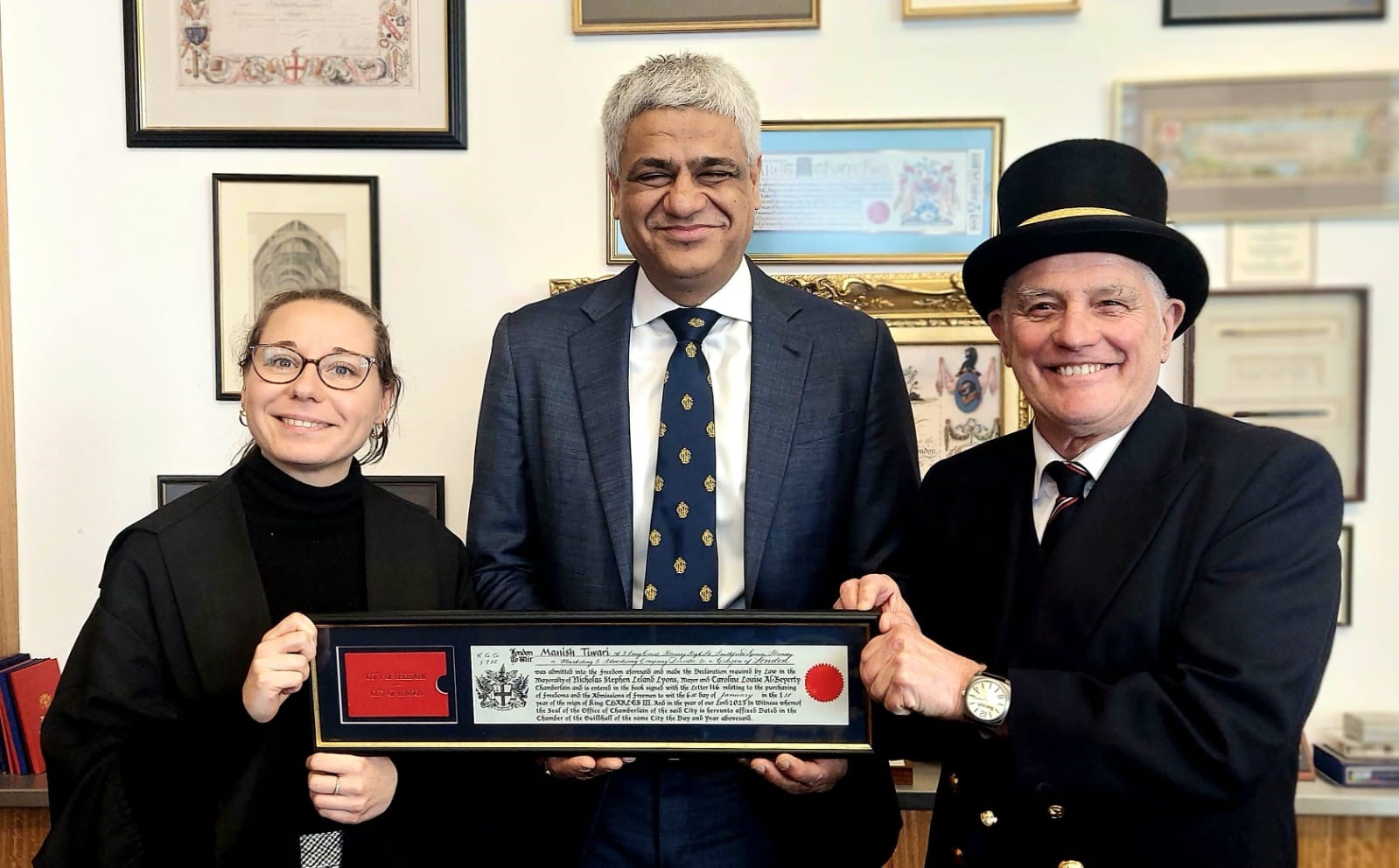 Writer and host Manish Tiwari has been conferred with The Freedom of the City title at an event held at the Chamberlain’s Court at Guildhall, London on January 6, a statement said.

Touted as ‘one of the oldest surviving traditional ceremonies still in existence today’, the tradition of conferring the title is believed to have started in 1237, the statement added.

Tiwari is the founder and chairman of multi-cultural marketing agency Here and Now 365.

During the event, which was attended by his family, friends and colleagues, he read the ‘Declaration of a Freeman’ and signed the Freeman’s Declaration Book, before being presented with the Copy of the Freedom—a parchment document inscribed by a calligrapher, along with a copy of the ‘Rules for the Conduct of Life’ which date from the mid-eighteenth century.

Tiwari said: “On the strength of its multi-cultural legacy The City continues to grow and prosper. It remains at the forefront of Global finance by leveraging its past and embracing change. I am honoured to be a part of this legacy.”

Historically, the recognition gave a Freeman the right to trade, thus enabling members of a Guild or Livery to carry out their trade or craft in the Square Mile. ‘Freeman’ designated individuals were no more a property of a feudal lord but in fact, were privileged as they had the right to own land and earn money.

Before 1996, the Freedom was only open to British or Commonwealth Citizens. Now, it has been extended globally and persons of any nationality may be admitted either through nomination or by being presented by a Livery Company.

The legacy is shared by historical figures such as Queen Elizabeth II, Florence Nightingale, Winston Churchill, Jawaharlal Nehru, Margaret Thatcher and legends such as Professor Stephen Hawking, Morgan Freeman and contemporary statesmen such as John Kerry, the statement added.