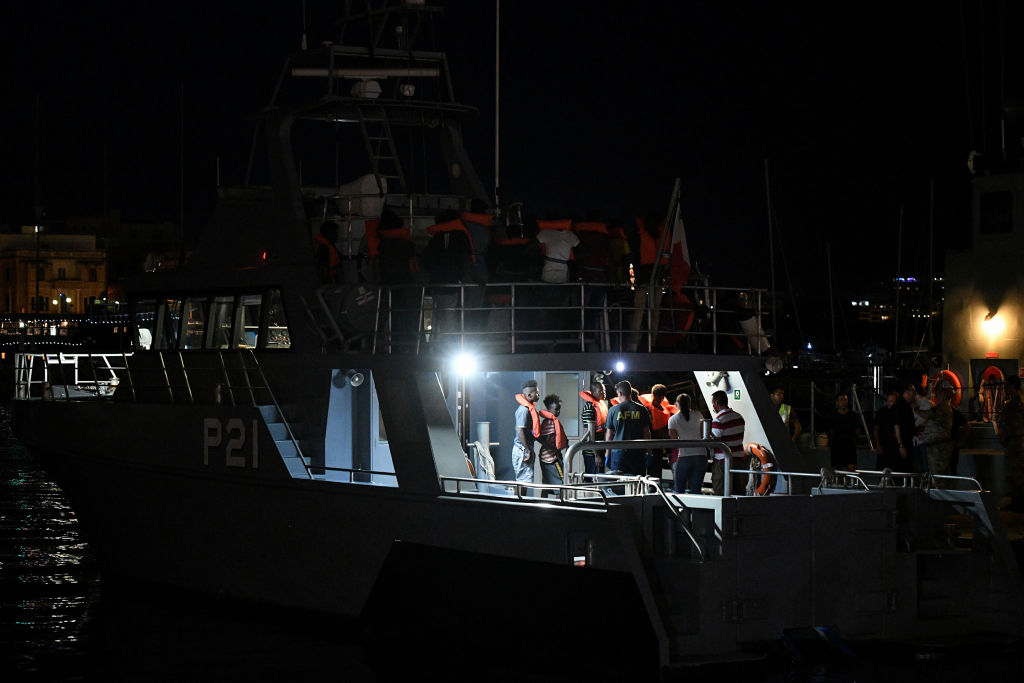 Migrants, part of a group of 65 rescued by the German-flagged NGO rescue ship Alan Kurdi, stand aboard a patrol boat as they are brought into Haywharf, in Valletta, by the Armed Forces of Malta after being transferred onto the Maltese patrol boat on July 7, 2019. (Photo by MATTHEW MIRABELLI/AFP/Getty Images)

Forty-four migrants, including women and children, plucked from their stricken vessel in the Mediterranean arrived in Malta Tuesday after charity boat Alan Kurdi handed the shipwreck victims over to the Maltese coastguard on the high-seas.

Malta agreed to take in those rescued by the boat operated by German charity Sea-Eye and sent a vessel to pick them up.

“The group, which includes four women and three children, was brought to land by the Armed Forces of Malta which transferred the migrants in international waters,” a Maltese government source told AFP.

“We’re going to process them,” the source said. There was no mention of a deal to send them on to other European Union countries given that they were rescued in Malta’s search and rescue area.

Sea-Eye said it was alerted to the plight of the latest migrants off the Libyan coast by Tunisian fishermen and a civilian search plane.

The rescued migrants said they had left Zuwara in Libya early Saturday.

Maltese authorities asked a nearby freighter to coordinate the rescue of their wooden boat. The freighter asked the Alan Kurdi to take the migrants on board.

The children are 15 months, three and five years old. The people come from Syria, Libya, Pakistan, Bangladesh and Guinea, it said.

“A 15-month-old baby should never have to be in such a life-threatening situation,” said Sea-Eye spokeswoman Carlotta Weibl.

The 65 migrants the Alan Kurdi handed over to Maltese authorities on Sunday have already been sent on to other European Union countries, as they were not rescued in the area of Malta’s responsibility.

The migrants had been headed to Lampedusa, an Italian island between Sicily and Libya, but there was no space for them there as hundreds of migrants continue to arrive by their own means or are rescued by authorities.

Salvini has vowed to close Italian ports to charity rescue ships, which he accuses of helping people smugglers.

Interior ministry figures showed that 395 migrants have arrived in Italy since the end of June.

Italian media reported that this year barely one in 10 migrants and asylum seekers has been brought into Italy by charity vessels — the vast majority arrived by other means.

Half of the migrants landed in Pozzallo are Tunisian, Italian media reported. Salvini has written to the Tunisian authorities urging a new bilateral deal on handling migrants, including using ferries to repatriate them.

Italy and Malta have repeatedly criticised Europe’s “case-by-case” approach to migrant rescues, which means shipwreck victims spend days or weeks at sea while countries try to agree where they should go.

The Alan Kurdi, which had been banned from entering Maltese and Italian waters, is the third rescue vessel in a week to make headlines.

Some 41 people were finally allowed to step off migrant rescue charity Mediterranea’s Italian-flagged Alex, which arrived at the port on Saturday in an overnight operation that saw the ship seized by authorities.

The boat’s captain Tommaso Stella is being investigated for allegedly aiding illegal immigration.

Salvini last month issued a decree that would impose fines of up to 50,000 euros ($57,000) for the captain, owner and operator of a vessel “entering Italian territorial waters without authorisation”.

Authorities on Lampedusa in late June seized a rescue ship belonging to German aid group Sea-Watch, which had forced its way into port with dozens of rescued migrants on board, and arrested its captain, Carola Rackete.

An Italian judge subsequently ordered her freed on bail, saying she had been acting to save lives, a decision which sparked Salvini’s ire but may have encouraged the Alex crew.

She still faces charges of helping people smugglers and resisting the authorities after forcing her way past Italian customs vessels.

Libya, which has been wracked by chaos since the 2011 uprising that killed dictator Moamer Kadhafi, has long been a major transit route for migrants, especially from sub-Saharan Africa, desperate to reach Europe. 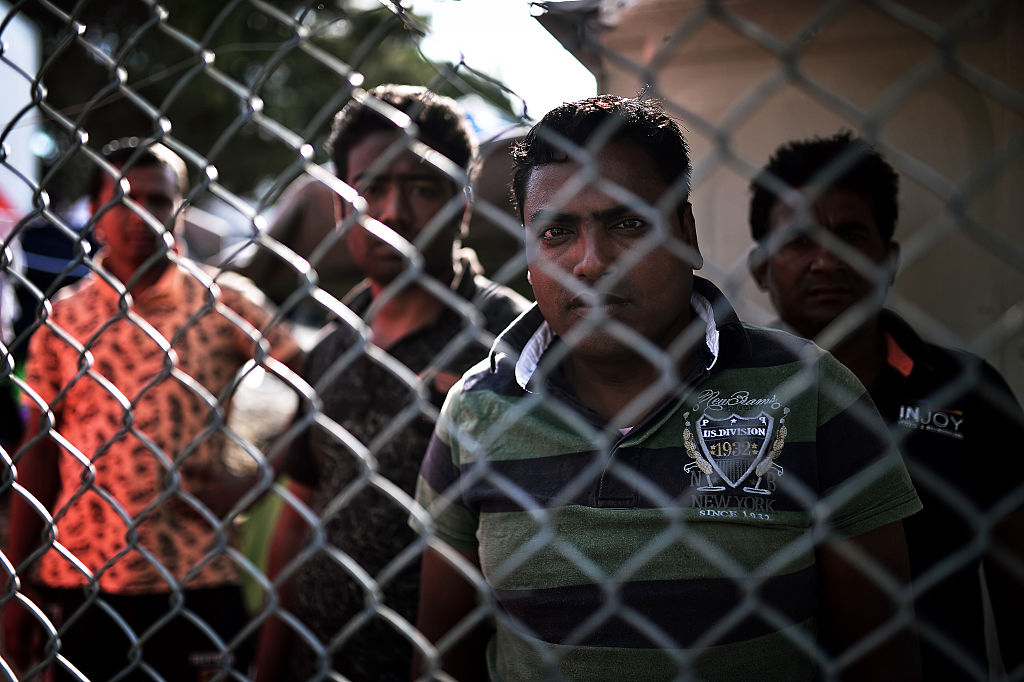