‘Make sure you do what you’re supposed to do’: Biden recalls hearty talk with Queen Elizabeth, says she reminded him of his mother 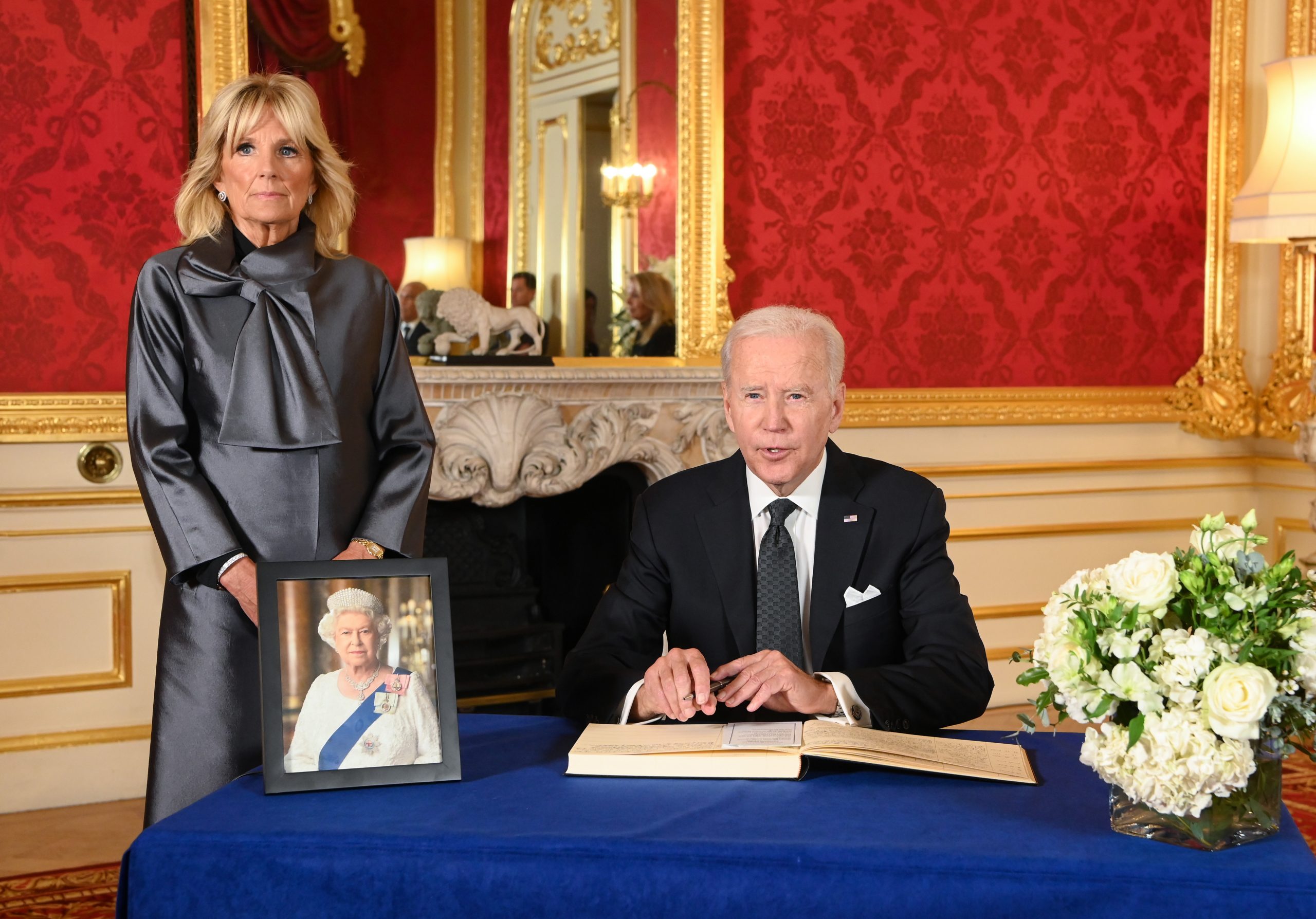 Expressing his condolences to the royal family, US President Joe Biden on Sunday (local time) paid his respects at Queen Elizabeth’s coffin and said that the Queen had always reminded him of his mother.

While mourning the passing of Queen Elizabeth, Biden remembered Queen’s warm candour and said, “The way she touched when she leaned over. The way — she had that look like, “Are you okay? Anything I can do for you? What do you need?” And then also, “Make sure you do what you’re supposed to do,” Biden said adding that she reminded him of his mother.

Moreover, President Biden empathized with King Charles III and told him that it is a loss that leaves a giant hole and sometimes one thinks never be able to overcome it. However, Biden gave a reassuring notion saying, “She is going to be with him every step of the way — every minute, every moment. And that’s.”

“But as I’ve told the King, So, to all the people of England, all the people of the United Kingdom, our hearts go out to you. And you were fortunate to have had her for 70 years. We all were. The world is better for her,” a White House press release said quoting him.

Reminiscing the old memories of his meeting with the Queen he said, “When the Queen had us to the castle for tea and — we were joking — crumpets — she kept offering me more; I kept eating everything she put in front of me — but she was the same in person as she — as her image: decent, honourable, and all about service.”

Meanwhile, senior citizens and children are among those camping along the funeral routes, over 48 hours in some cases, to bid a final goodbye to Queen Elizabeth II on Monday.

Some of those have come from as far as the UK countryside and have even brought with them beddings and tents to battle a reasonably cold breeze that flows through London this time of the year. Visitors are also carrying food and beverages for their extended stay on the streets.

The Queen’s coffin will be taken in a ceremonial procession to Westminster Abbey for the state funeral service. According to local reports, the police have made extensive arrangements for crowd control and security measures as thousands of people are expected to line the route on Monday to say their final goodbyes to the Queen.

Terence Bantock, a senior citizen, who is in a wheelchair, was inconsolable while speaking about the Queen. “I have written a poem for her. On my birthday, I used to send her a box of chocolate. She was the mother of the nation, everyone will miss her presence,” he said.

In some cases, multiple generations from the same family have come. The mourners say what they are doing is nothing compared to the seven decades of selfless service by “her majesty”.

Sua Wake, who has come to attend the funeral from Yorkshire, says the country will miss her for years to come. “By camping along the funeral route and spending the night along with children in cold is nothing because we are doing our duty for her,” she said.

Authorities have arranged urinals and medical facilities for any emergency situation. Emma Jones, a local said the long queues outside Buckingham Palace and Westminster Hall show people’s love for the queen. She was everyone’s favourite. It is an emotional and historic opportunity to pay tribute to the Queen.”

People gathered to spend the night were seen sharing stories of the queen and discussing other members of the Royal family.