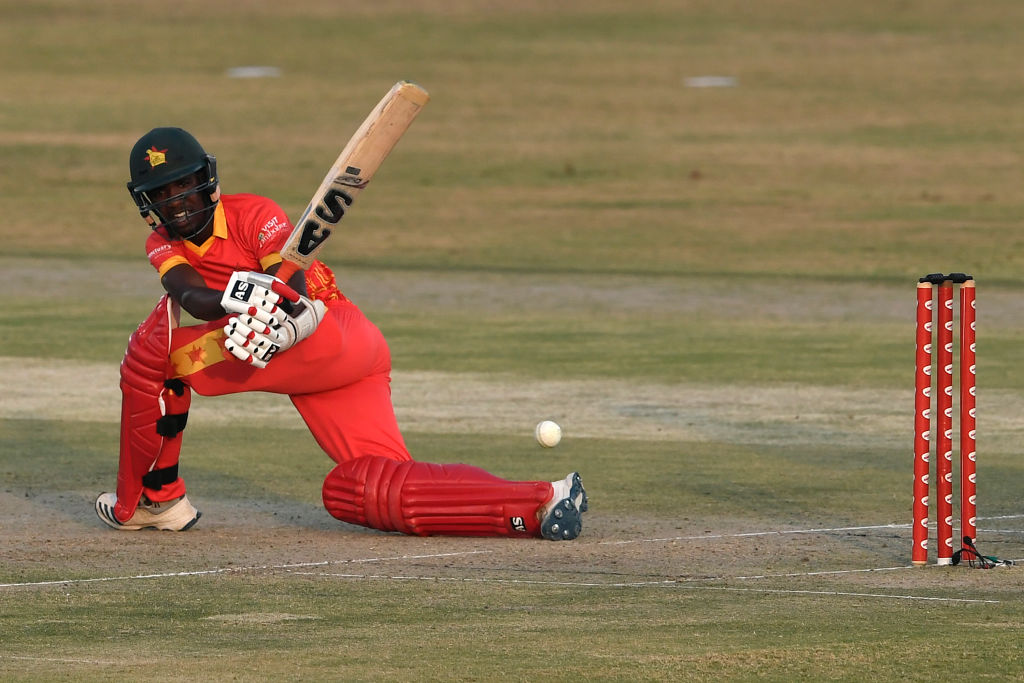 WESLEY Madhevere scored a superb half-century and Wellington Masakadza took three wickets and three catches to steer Zimbabwe to a 23-run win over Bangladesh in their second Twenty20 international at the Harare Sports Club on Friday (23).

It was Zimbabwe’s first success over the tourists after losing the one-off test, three ODIs and the first of the three-match T20 series. Their Friday’s win sets up a decider on Sunday (25).

Zimbabwe, who won the toss and chose to bat, scored 166-6 with Madhevere contributing 73, to which Bangladesh replied with 143 in 19.5 overs.

Madhevere provided the foundation with his knock, with powerful hitter Ryan Burl adding 34 not out.

Madhevere struck three sixes and five fours off 57 balls before being caught at extra cover by Afif Hossain after skying a delivery from left-arm medium-fast bowler Shoriful Islam.

Burl, who came in at number six, was the best of the other Zimbabwe batsmen with an undefeated 34, including two sixes and two fours. Dion Myers made 26 before lofting an attempted ramp off Shoriful to Mahedi Hasan on the deep point boundary.

Shoriful was the most successful of the Bangladesh bowlers, also capturing the wicket of Luke Jongwe for two to finish with 3-33.

Bangladesh, dominant with the bat across all formats of the tour, this time failed to get the better of the home bowlers as first Blessing Muzarabani and then Masakadza got among the wickets.

Masakadza took 3-20 and Muzarabani 2-21 while Masakadza also took three catches in the deep to help his team’s cause.