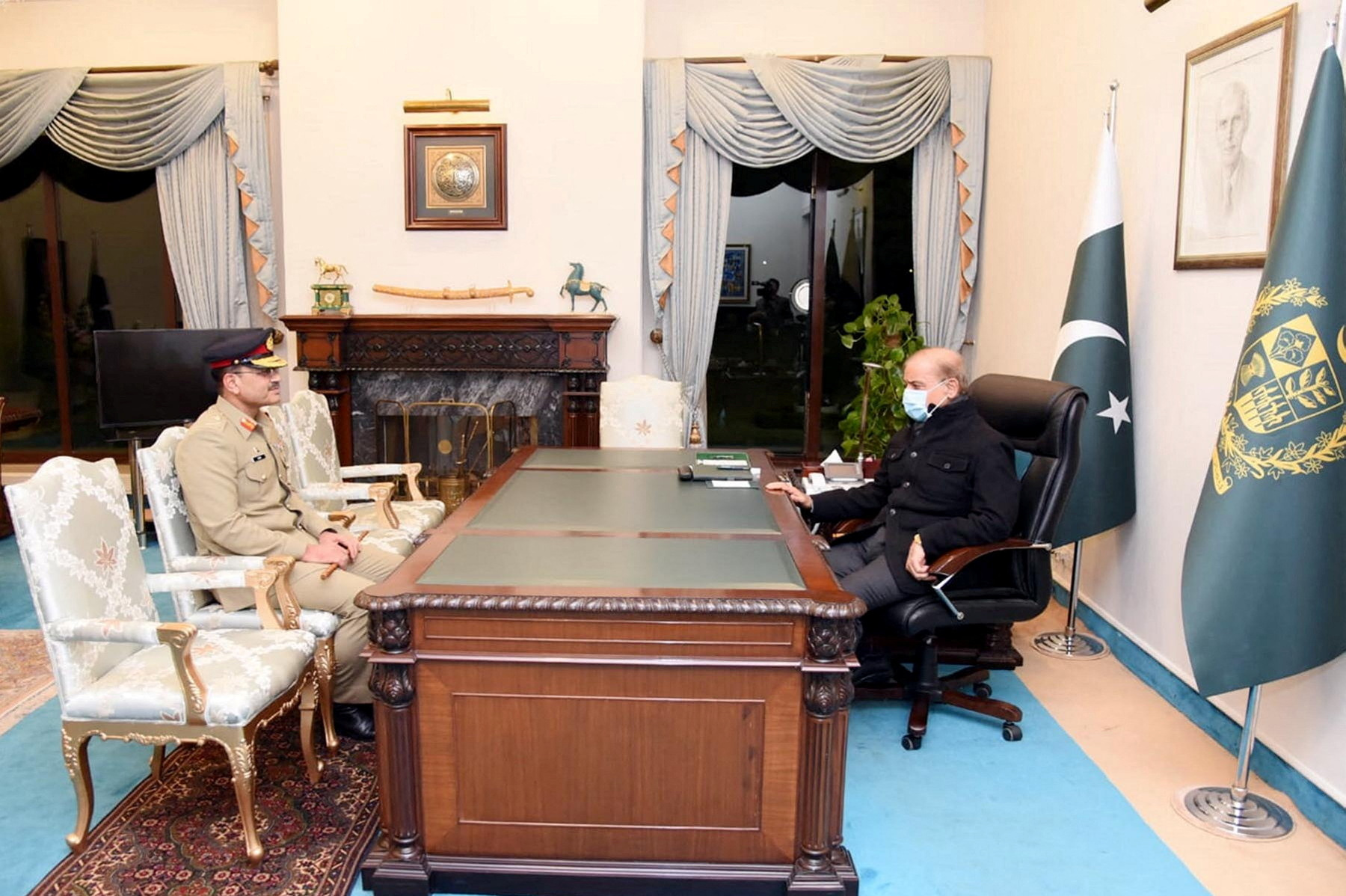 Marking an end to his six-year tenure as the most powerful person in the country, Bajwa passed the baton of command to Lt Gen Munir at a ceremony held at the General Headquarters (GHQ) in Rawalpindi, the Dawn newspaper reported. The hype and hoopla created over the appointment of Pakistan’s new army chief came to rest after General Asim Munir and General Sahir Shamshad Mirza were notified as the next chief of army staff (COAS) and chairman Joint Chiefs of Staff Committee (CJCSC) respectively on November 24.

Munir, who was to retire on November 27, two days before Bajwa completed an extended tenure of almost six years, was among six generals in the race for the top post — a cause for much uncertainty and speculation till this week.

People familiar with the matter in Pakistan said Munir’s reputation as a straight military officer who played by the book helped him clinch the post.

There was an unprecedented hysteria and frenzy in Pakistan by former Prime Minister Imran Khan, his followers and his social media brigade after the PTI government was thrown out of the power corridors of Islamabad in April. The government has accused Khan of making the appointment of the new army chief controversial for political gains.
For the last month, Pakistan was literally paralysed administratively and economically because of the delay in the appointment of the army chief who is considered the most powerful personality with all political stakeholders dying for his blessings.

Notably, Pakistan’s military has directly ruled the country of 220 million people for nearly half of its 75-year history.

Gen Munir was promoted to the rank of a three-star general in September 2018, but he took charge two months later. As such, his four-year tenure as Lt Gen ends on November 27, around the same time when incumbent Chairman Joint Chiefs of Staff Committee Gen Nadeem Raza and Chief of Army Staff Gen Bajwa will be doffing their army uniform, reported Dawn.

Lt Gen Munir entered the service via the Officers Training School programme in Mangla and was commissioned into the Frontier Force Regiment.

He has been a close aide of Gen Bajwa ever since he commanded troops in the Force Command Northern Areas as a brigadier under the outgoing army chief, who was then Commander X Corps.
Lt Gen Munir was later appointed Military Intelligence director general in early 2017, and in October next year was made the Inter-Services Intelligence chief, Dawn reported.