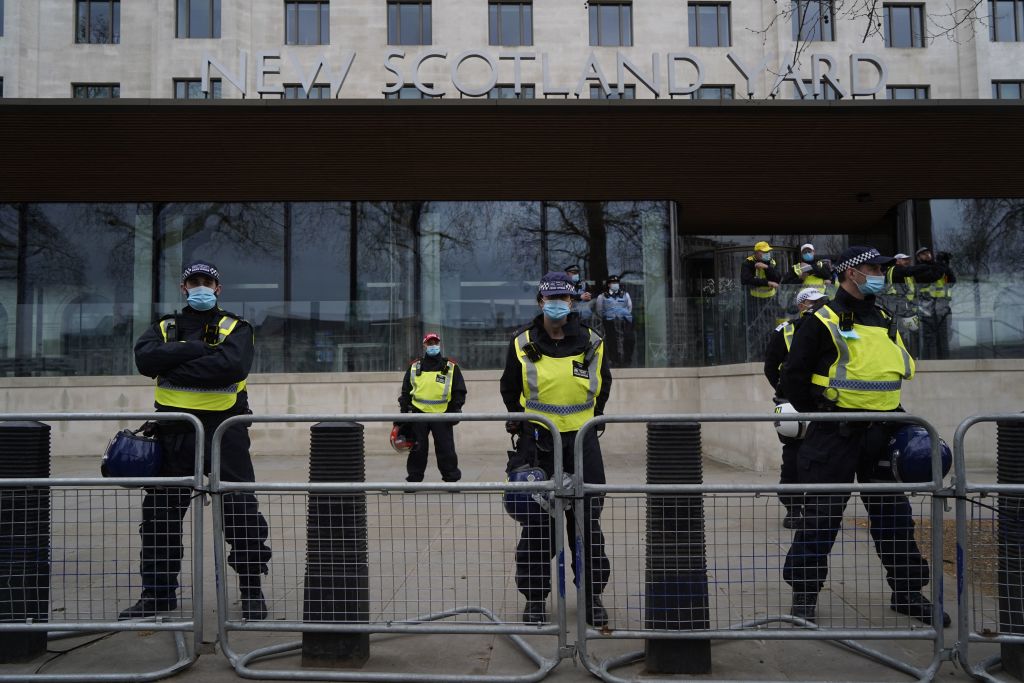 A FEMALE police officer, hailed as a hero for tackling anti-lockdown protesters last year, is under investigation for allegedly posting a series of racist tweets.

Ruby Begum mocked the 9/11 terror attacks and called for a retribution for Israel during its conflict with Palestine in 2014.

“Must be stupid if you think I’m gonna do 2 mins silence for 9/11,” she tweeted on the anniversary of the terror strikes in 2014, a MailOnline report said.

Referring to Israel, she called Zionists “dirty” and said hell was “awaiting” the country. “Israel have no limits. Scumbags I can’t wait for the day they get severely punished,” she tweeted.

Begum, 26, has been placed on restricted duties and the Scotland Yard’s Directorate of Professional Standards (DPS) is carrying out a “thorough investigation” into her tweets, some of which were posted before she joined the force in 2016.
The Met Police’s vetting process has been called into question over Begum’s tweets.
Begum, who is a hijab-wearing Muslim, used the derogatory term ‘Kuffar’ to describe non-Muslims. One of her tweets read, “Kuffar lips have been all over my mug, there is no way I’m using that thing again.”

Begum, whose parents came from Bangladesh, also made no secret of her dislike for Pakistan.

“I don’t care about cricket, just love this thing between Bengalis and p***s,” she said in a post, referring to a cricket match between Pakistan and Bangladesh.

“It emerged she communicated over many months with a woman thought to have fled Europe in 2014 to live under the Islamic State’s so-called caliphate”, the report said.

The Met Police said in a statement that there was no place in the force for “any racist, homophobic or otherwise hateful attitudes” and officers and staff can expect “robust action” if they are found to hold or express such views.

“The Met’s DPS will now conduct a thorough investigation to establish the full circumstances behind the social media posts… The officer, who is currently serving within the Taskforce, has been notified of the investigation and placed on restricted duties”.