Liz Truss leads with 90 pc chance in race for next UK PM: Survey 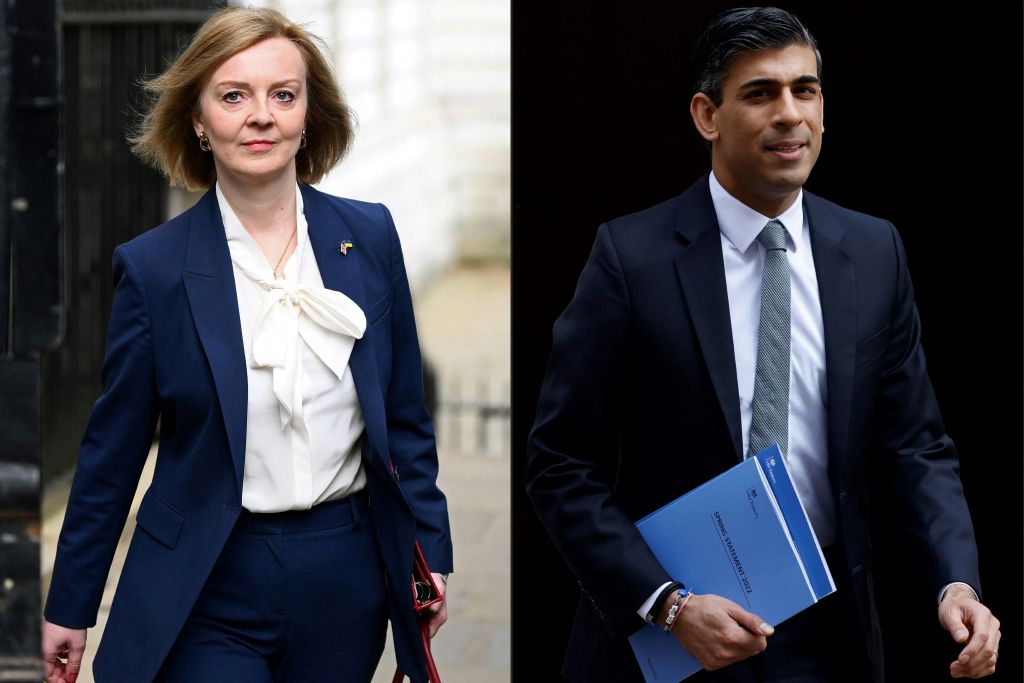 UK Foreign Secretary Liz Truss is rated to have a 90 per cent shot over former chancellor Rishi Sunak to succeed Boris Johnson in the race for becoming the next Prime Minister, according to the latest estimate by betting exchange firm Smarkets.

According to the Smarkets, Sunak’s chance of becoming the next PM has shrunk to 10 per cent and Truss rated 89.29 per cent, while other candidates don’t even have a 1 per cent chance.

The final two candidates, fighting for the UK Prime Minister post, have gone head-to-head in a debate in their first official grilling in the presence of conservative party members in Leeds on Thursday.
Truss in her last debate said that she would prefer not to impose further windfall taxes on oil and gas companies, which turned out to be the reason that her percentage of chances has turned out like this.

Both contenders have to undergo bouts of 12 nationwide events as the first bout took place in Leeds, Northern England as the members elect a new leader. The result will be announced on Sept 5.

Former Chancellor Sunak faced a tough evening during the hustings for his lifestyle and dishonesty towards PM Boris Johnson whereas Truss had a fairly good time as she was backed by maximum support for the Prime Ministerial candidature.

Truss is leading in surveys of Tory members after vowing immediate tax cuts as Britain confronts a slump in living standards.
Speaking to party members, she also pledged to get the Northern Powerhouse rail built, saying Leeds is the “largest city in Europe without its own metro system”.

On the other hand, Rishi Sunak, when asked about tax hikes and Truss leading the race after she announced immediate tax cuts, he said, “In the face of challenges, understand to get a grip of inflation and borrowing first,” adding that the government has already tried having low corporation tax to get businesses to invest and it hasn’t worked.

Earlier, the YouGov survey also revealed that Truss extended its lead over Rishi Sunak as she gained 24-points.

Now, the two had finally announced and their summer campaign began, a new YouGov poll of Tory members suggests that Truss retains her strong advantage.

This puts the headline voting intention at 62 per cent for Truss and 38 per cent for Sunak (i.e. after people who are currently unsure or won’t vote are excluded) – a 24-point lead for the foreign secretary.

The Tory leadership race was triggered after Johnson was forced to step down on July 7 amid an avalanche of resignations of government officials, who protested against his scandal-plagued leadership. Johnson will continue to serve as caretaker prime minister until a new Tory leader succeeds him.