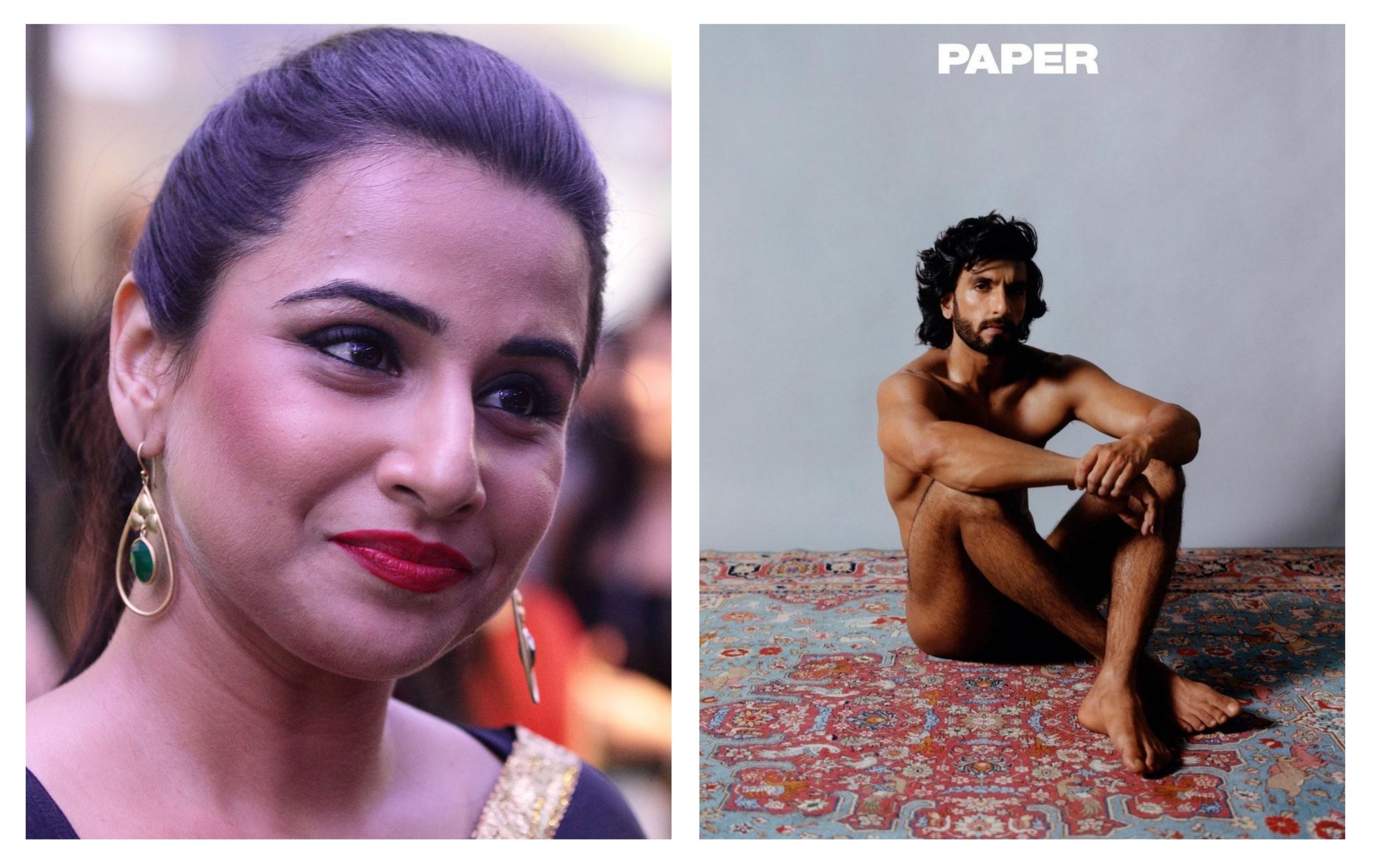 After Alia Bhatt, Vidya Balan has now come out in support of actor Ranveer Singh over his controversial nude photoshoot.

While speaking to the media at Kubbra Sait’s book launch on Thursday, Vidya gave a hilarious response when she was asked if she liked Ranveer’s naked pictures and what she thinks about it. “What is the problem in that? This is the first time a man has done something like this. Hume bhi aankhein sekhne dijiye (Let us also feast our eyes),” she said.

On Tuesday, an FIR was registered against Ranveer on a complaint filed at the Chembur Police Station. Reportedly the case has been filed after receiving the complaint by an office-bearer of the NGO who had alleged that the actor hurt the sentiments of women with his nude photos.

When asked further about FIR being filed against Ranveer, Vidya said, “Maybe they (people who filed the FIR) don’t have much work to do, hence they are wasting their time on these things. If you don’t like it, then close the paper or throw it, do what you wish to. Why get into an FIR?”

The images from Ranveer’s photoshoot for Paper Magazine were posted online on July 21. In the images, Ranveer is seen wearing no clothes. In one of the images, he was seen lying on a rug naked recreating Burt Reynold’s famous photograph.

On Wednesday, another complaint was filed against Ranveer before the Maharashtra State Commission for Women.

As per complainant Ashish Rai, an advocate, Ranveer’s pictures are against the “dignity of women and small children.” He demanded his nude photos be deleted from social media. Through the complaint, demand has also been made to the Women’s Commission to take action under suo-motu cognizance