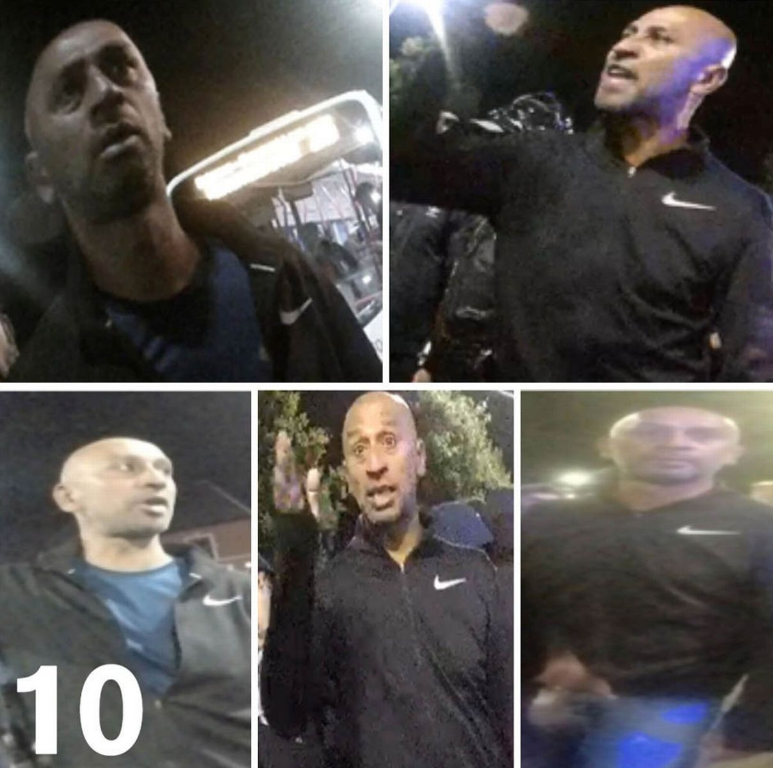 Police have released 16 new images appealing for public help to identify the men in connection with the investigation into the disorder in Leicester last autumn.

A Muslim group expressed had concerns after the force had released the previous set of images earlier this month.

“A wide range of individuals representing a cross-section of the Muslim community met with the Chief Constable of Leicestershire Police, Rob Nixon. The meeting was in direct response to the understandable anxiety and genuine concerns expressed by many in the community about the Police handling of the troubles in the city,” it said.

It read: “Concerns reflected the initial response to 300 masked men marching uninterrupted from one side of the city to the other and the subsequent investigation, which by many has been perceived as biased. This notion was compounded further by the release of images on the Police website earlier this week.”

“The meeting was robust with challenges and questions posed that reflected the communities concerns,” it said.

The statement continued: “The following action points were agreed: A joint letter will be sent to the Chief Constable to seek further clarification and place on record some of the serious community concerns.”

“In future, wherever possible, the Police will seek closer collaboration with the community before releasing any public information likely to inflame tensions. The Police will be held accountable by the community throughout the investigation process culminating, in a police review,” it said.

“Leicestershire Police confirmed the ongoing undertakings nationally and locally to establish any external influence from international groups and agencies from India or elsewhere and explore their potential influence in the troubles and beyond,” it stated.

The statement went on: “The Police reaffirmed their commitment that the investigation would be done without fear and favour to any groups. We reiterated to the police the importance of policing with consent and restoring the public’s trust and confidence.”

Temporary deputy chief constable David Sandall said Nixon was “happy to meet the Muslim leaders face to face also to show them that we are taking their concerns seriously, as he has with many other community leaders.”

“We are determined to listen to the communities’ concerns and where possible to reflect them in our approach,” Sandall said.

Detective chief inspector Rob Arthur, who is leading the team investigating the disorder, urged the members of the public to call 101 quoting incident 158 of January 9 in case they have any information on the men in the images released by the police.

“We don’t issue images lightly, (but) carrying out extensive checks before doing so. Throughout the months of investigation following the unrest in the autumn, the team have been working to make an identification on these men unsuccessfully,” Arthur said.

Information can also be provided anonymously by calling Crimestoppers on 0800 555 111, the force said.