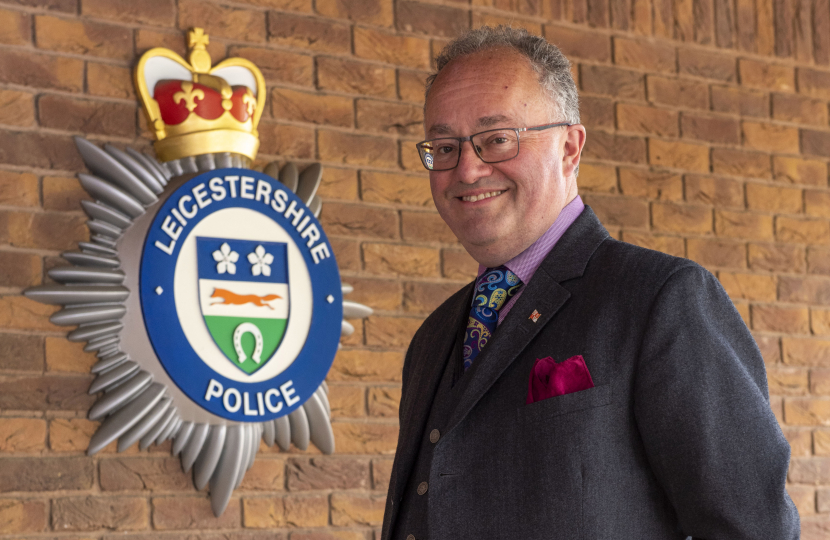 Leicester police chief is accused of ‘masterful inactivity’ and showing ‘lack of engagement’ with communities during the communal unrest in the city in the past few months, according to a report.

Police and Crime Commissioner (PCC) Rupert Matthews was also accused by his predecessor Lord Willy Bach of being absent during the violent disorder in the city, reported Leicester Mercury.

According to reports, Matthews was ‘absent’ when unlawful events happened in the city.

As many as 61 arrests were made in the wake of the violence and disorder involving members of Hindu and Muslim communities in Leicester between August and September 2022. Tensions erupted after a cricket match between India and Pakistan played in Dubai on August 28.

Labour peer Lord Bach, who held the post of PCC from 2016 until 2021, brought the ‘inaction from the police boss’ to the attention of the Home Office during debate in the House of Lords on October 31.

Matthews, who became PCC last year, strongly defended his position, saying that ‘he had decided that the disturbances in east Leicester were an operational priority, not a platform for political grandstanding’.

“Surely it should be the priority of every PCC to intervene and do what they can to prevent, stop and sort out community unrest of this nature by decreasing tensions, talking to the various leaders and bringing people together,” Lord Bach is reported to have said in the debate about plans to review the powers and functions of PCCs.

“Apart from a brief statement and a silent attendance at a post-troubles meeting with the city mayor, he frankly kept out of it, finding displacement activities.”

He added that the alleged absence of Matthews during the unrest was noted by a number of ‘senior people’.

In a statement on September 18, a day after an ‘unauthorised protest’ which turned hostile and violent, the police chief claimed that he was ‘talking to community leaders’ to restore peace.

While responding to Lord Bach’s criticism, Matthews said that he is focusing on ensuring that the police had the resources necessary to keep people safe as he believes in practical solutions to such problems.

“Public safety is paramount, which is why, having listened to the views of many stakeholders and local community leaders, I have agreed to fund additional CCTV provision for east Leicester worth £53,000. That investment will deliver tangible outcomes, it will support the work to increase feelings of safety in the community and it will help to identify those who commit crimes of any kind in the area,” he was quoted as saying by the Leicester Mercury.

“I have always made it clear that I am keen to work with our various partners in the city and am grateful to all those, from different communities, who have welcomed me to their meetings and approached me with their views. As always, working together we will achieve far more.”

Earlier, Matthews was criticised over much-contested appointment of Mike Veale, formerly chief constable of Cleveland Police, as his adviser. Veale is awaiting a misconduct hearing for allegations made against him during his time in the top job but a date has not been set.

Matthews spent eight years as a unitary authority councillor, two years as a member of the European Parliament. He worked in publishing writing a wide variety of children’s and history books, including one on The Battle of Lincoln and food and drink in Leicestershire.

According to reports, police investigation into more than 150 incidents in connection with the Leicester violence is still ongoing.