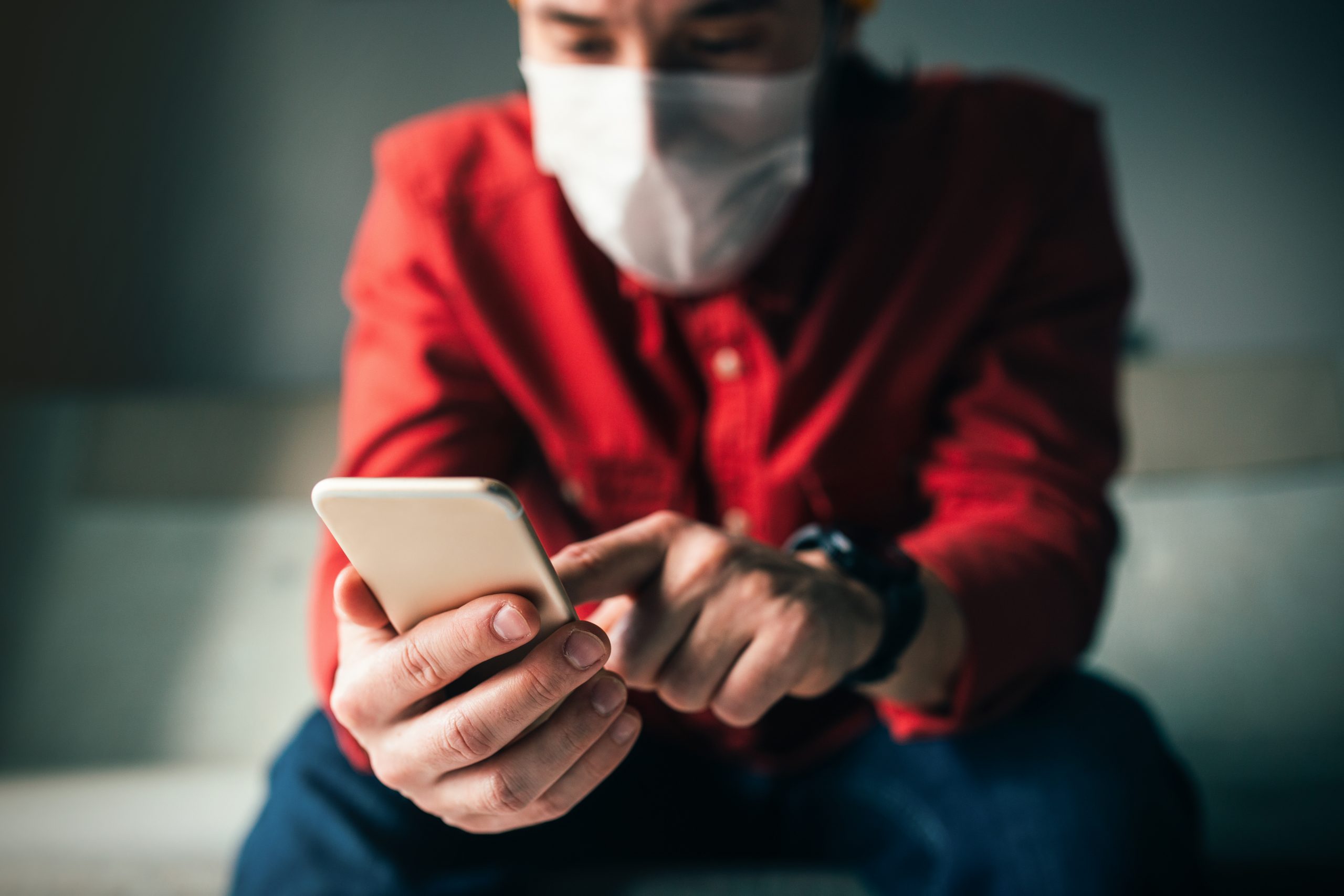 In a major scientific breakthrough, an app that can detect Covid-19 in under one minute just by listening to your voice has been developed.

Researchers state that the app which is powered by artificial intelligence technology could revolutionize the approach to testing for Covid-19, especially in poorer countries where the PCR tests are expensive and often difficult to distribute.

According to the app creators, the iPhone and Android app is easier to use and more accurate than the commonly used lateral flow tests (LFTs).

The app can be installed on the user’s mobile phone and the participants will need to report some basic details including demographics, medical history, and smoking status.

They will then be asked to record some respiratory sounds which include coughing three times, breathing deeply through their mouth three to five times, and reading a short sentence on the screen three times.

A voice analysis technique known as Mel-spectrogram analysis would then be used, to identify the key features in the voice, including volume, power, and variation over time.

Since the government in the UK has decided to scrap free LFTs, the new app could help keep the virus at bay in the long term.

Media reports state that the new app could be used to effectively screen people for coronavirus before they attend large gatherings and events such as concerts and big sports matches.

The mobile app reportedly provides an accurate positive result 89% of the time and 83% of the time for negative cases. The app also supposedly delivers the result of the test in under 60 seconds compared to the not so convenient, LFTs where accuracy varies depending on brands.

Additionally, experts are of the opinion that nose and throat swabs are less good at picking up infectious people without symptoms.

In order to distinguish the voices of Covid-19 patients from those who did not have the disease, the team reportedly built different artificial intelligence models and evaluated which one worked best at classifying positive cases, The Telegraph informs.

It was found that one model called Long-Short Term Memory (LSTM) outperformed the others. This is based on neural networks, which mimic the way the human brain operates and recognizes the underlying relationships in data.

Researcher Wafaa Aljbawi, from the University of Maastricht, in the Netherlands, is quoted as saying, “The tests can be provided at no cost and are simple to interpret.

“These results show a significant improvement in the accuracy of diagnosing COVID-19 compared to state-of-the-art tests such as the lateral flow test. The lateral flow test has a sensitivity of only 56 per cent, but a higher specificity rate of 99.5 per cent.

“In other words, we could miss 11 out 100 cases who would go on to spread the infection, while the lateral flow test would miss 44 out of 100 cases.

The high specificity of the lateral flow test means that only one in 100 people would be wrongly told they were COVID-19 positive when, in fact, they were not infected, while the LSTM test would wrongly diagnose 17 in 100 non-infected people as positive.

“However, since this test is virtually free, it is possible to invite people for PCR tests if the LSTM tests show they are positive.”

The Dutch researchers state that coronavirus usually affects the upper respiratory tract and vocal cords, leading to changes in an individual’s voice.

Therefore, the team reportedly decided to investigate whether it was possible to detect the novel virus in people’s voices.

So, during the development process, the researchers used data from the University of Cambridge’s crowdsourcing Covid-19 Sounds App, which contained 893 audio samples from 4,352 participants – 308 of whom had tested positive for the virus.

Since the onset of the project 53,449 audio samples from 36,116 participants have now been collected and can be used to improve and validate the accuracy of the model.

However, the research team has reportedly said that further research with more participants needs to be carried out before the app can begin appearing on people’s phones.

These findings will be presented at the European Respiratory Society International Congress in Barcelona, Spain.