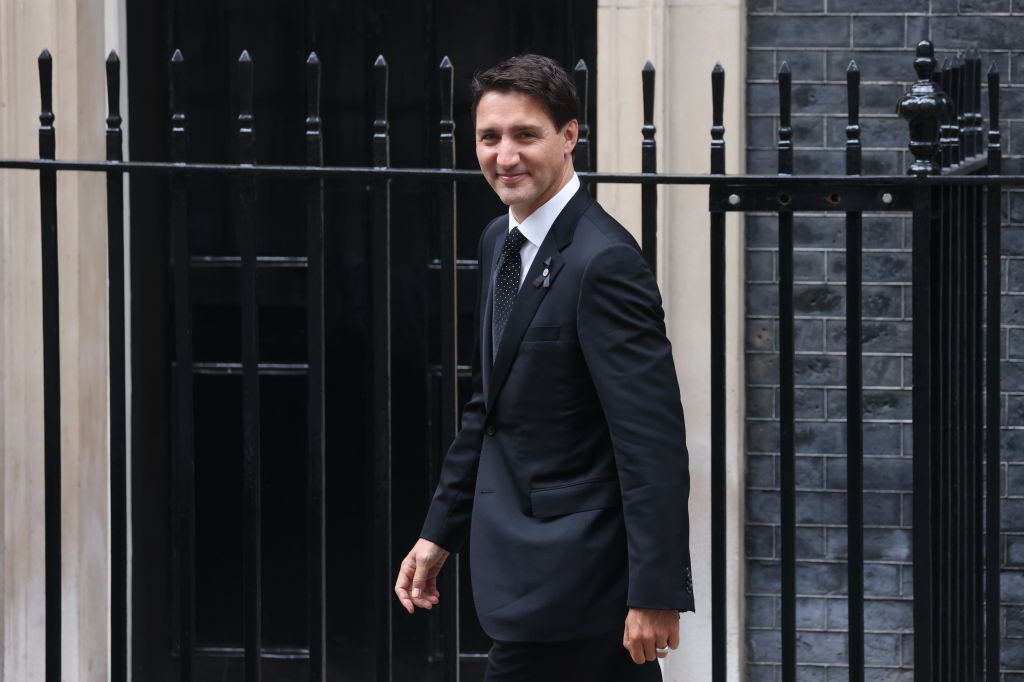 LONDON, ENGLAND – SEPTEMBER 18: Canadian Prime Minister, Justin Trudeau, leaves 10 Downing Street after meeting the British Prime Minister Liz Truss on September 18, 2022 in London, England. Foreign dignitaries, heads of state and other VIPs are arriving in London prior to the funeral of Queen Elizabeth II on Monday. The 96-year-old monarch died at Balmoral Castle in Scotland on September 8, 2022, and is succeeded by her eldest son, King Charles III (Photo by Hollie Adams/Getty Images)

In what appears to be a bizarre travel advisory, Canada has advised its citizens to avoid all travel to areas in states of Gujarat, Punjab and Rajasthan, which share a border with Pakistan due to the “presence of landmines” and “unpredictable security situation.”

“Avoid all travel to areas within 10 km of the border with Pakistan in the following states due to the unpredictable security situation and presence of landmines and unexploded ordnance: Gujarat, Punjab Rajasthan,” the advisory states. The travel advisory put out by the Canadian government on its website which was last updated on September 27, also asks its citizens to exercise a high degree of caution in India due to the “threat of terrorist attacks throughout the country.”

This advisory excludes travelling to or within the Union Territory of Ladakh.

It also urges people to avoid non-essential travel to Assam and Manipur “due to the risk of terrorism and insurgency.”

Incidentally, India had on September 23 issued an advisory for Indian nationals and students in Canada to remain vigilant amid increasing incidents of crimes and anti-India activities in the country.

In a statement, the Ministry of External Affairs (MEA) said Indian missions in Canada have taken up these incidents with the Canadian authorities and requested them to probe these crimes.

“There has been a sharp increase in incidents of hate crimes, sectarian violence and anti-India activities in Canada. The Ministry of External Affairs and our High Commission/Consulates General in Canada have taken up these incidents with the Canadian authorities and requested them to investigate the said crimes and take appropriate action,” the MEA said in a statement.

The statement also stressed that “the perpetrators of these crimes have not been brought to justice so far in Canada.”

“Registration would enable the High Commission and the Consulates General to better connect with Indian citizens in Canada in the event of any requirement or emergency,” the advisory said.
This advisory after India termed the so-called Khalistan referendum conducted by separatist groups as a “farcical exercise”.