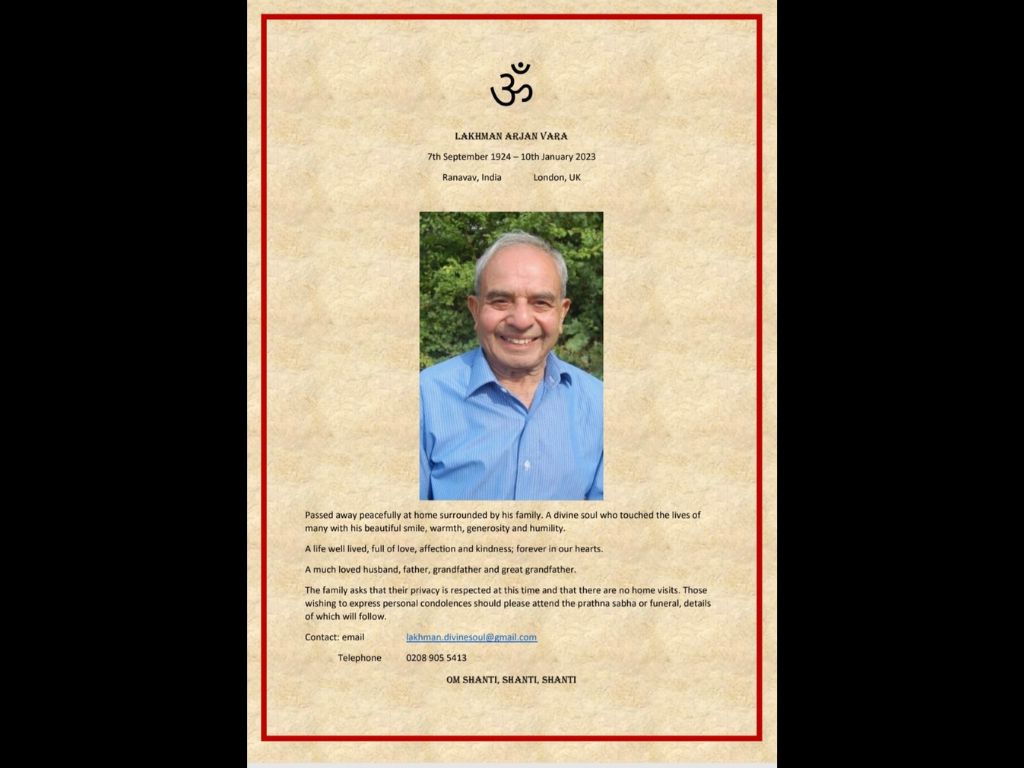 Lakhman Arjan Vara, the father of Conservative parliamentarian Shailesh Vara, passed away in London on Tuesday (10).

He was born in Ranavav in Porbandar district of the western Indian state of Gujarat on September 7, 1924. The day of the funeral was yet to be known.

The Varas had moved to Uganda in Africa where Shailesh was born in 1960 but the family moved to the UK four years later.

The mourning family issued a note confirming the death of the senior Vara.

It said, “Passed away peacefully at home surrounded by his family. A divine soul who touched the lives of many with his beautiful smile, warmth, generosity and humility.

“A life well lived, full of love, affection and kindness; forever in our hearts.

The family also urged that its privacy be respected in the hour of grief.

It said, “The family asks that their privacy is respected at this time and that there are no home visits. Those wishing to express personal condolences should please attend the prathna sabha or funeral, details of which will follow.”

Shailesh Vara is a five-time parliamentarian from North West Cambridgeshire and has served in various government posts, including the secretary of state for Northern Ireland between July and September 2022.