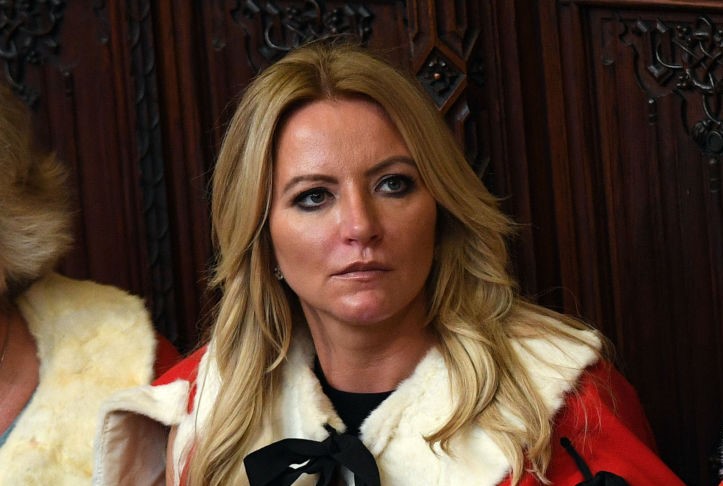 A LEGAL case between Conservative peer Michelle Mone and Indian-origin financial consultant Richard Lynton-Jones over a “racist slur” has ended with the baroness paying £50,000 to settle his claim.

“Both parties have settled their differences on a no fault or damages basis… and the matter is now concluded,” the peer’s spokesman told the Mail Online.

Lynton-Jones had brought the claim seeking at least £200,000 in aggravated damages after the baroness called him a “waste of a white man’s skin”, following a fatal accident in the Mediterranean.

Lady Mone had made the comment in a WhatsApp message in 2019 but denied there was any racist connotation in it, saying she thought he was a white Briton.

The baroness had sailed to the Ile Sainte-Marguerite island in her husband Barrowman’s yacht and Lynton-Jones in another yacht chartered by British internet gaming millionaire Richard Skelhorn.

But Lynton-Jones’ vessel hit Barrowman’s, resulting in the death of a 27-year-old British deckhand.

Following the accident, the furious peer called Lynton-Jones a ‘waste of a man’s white skin’ because of his perceived indifference to the death.

She also described his fiancée as a ‘mental loony’ and ‘nut case bird’.

“You & your mental loony of a girlfriend have been parting like mad! … Your a low life, a waste of a mans white skin so don’t give us your lies. Your a total disgrace (sic)”, she reportedly said in her WhatsApp messages to Lynton-Jones.

“Now you deal with the police enquiries including your nut case bird”, Lady Mone, who founded the Ultimo brand, said.

However, Lynton-Jones, whose grandparents came to the UK from India after the Second World War, said her comments were racist.

“I’ve done nothing wrong apart from being a victim of racism. Racism has no place in this society, let alone for a member of the House of Lords. That’s disgusting,” he said.

Last year, the Metropolitan Police launched an investigation into the case. In January Lynton-Jones sued her for libel.

Lady Mone’s representatives said she thought Lynton-Jones had “no trace whatsoever of non-white colouring or any features that would not suggest he was white”.

But the financial consultant accused her of telling lies to defend her “racist remarks”.

Now, the criminal investigation has been dropped as the baroness settled the civil claim.

However, the Glasgow-born peer and her husband are being investigated over their alleged links to a company, PPE Medpro, which received £200 million to provide the NHS with personal protective equipment during the pandemic, Mail Online reported over the weekend.